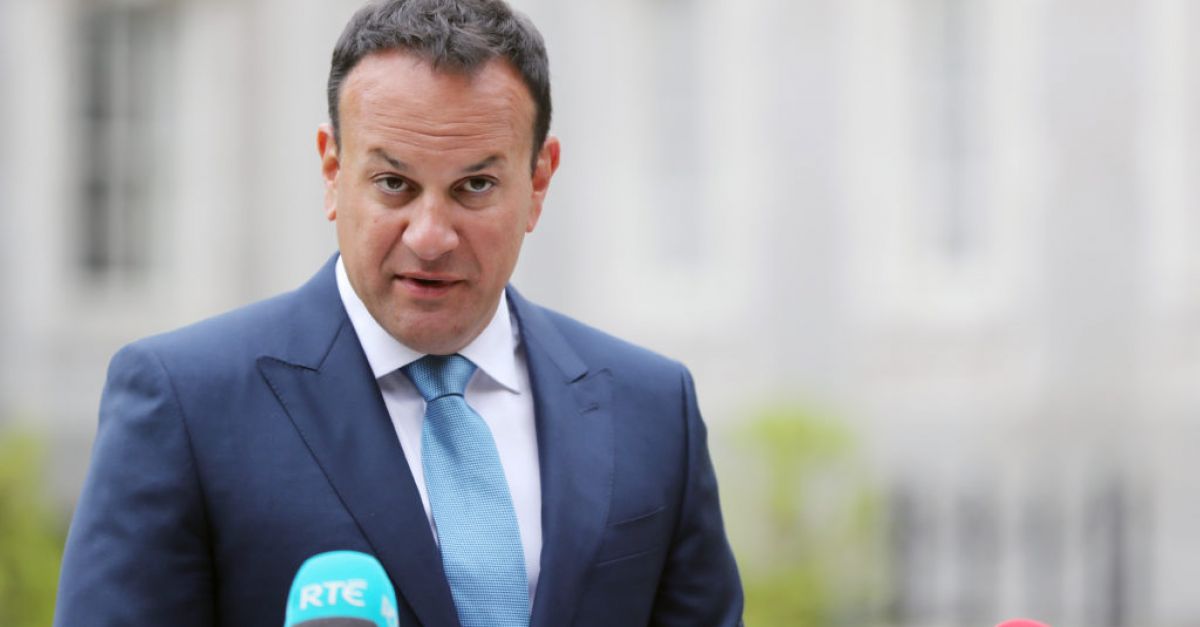 Ireland has become an outlier internationally in resisting proposals for a minimum global rate of 15 per cent on corporations.

The move is backed by 130 countries worldwide, including the G20 and the EU, but Ireland is seeking to maintain its 12.5 per cent rate.

Leo Varadkar defended that stance on Monday, saying the proposals were not just about “tax justice” but about “big countries trying to get a bigger share of the pie”.

He said: “First of all, this stable low corporation tax regime of 12.5 per cent has worked for Ireland.

“We’ve taken about €10 billion a year in corporation profit tax, double what the average European country does per head.

“It’s one of those examples of where low taxes result in higher revenues, in a world where wealth capital, labour, corporations are very mobile.”

He added: “We shouldn’t be under any illusions about what is going on here.

“This isn’t just about tax justice and big companies paying their fair share of tax, although it is about that.

“This is about big countries trying to get a bigger share of the pie.

“Large countries are trying to gain tax revenues at the expense of smaller countries like Ireland, for example, Luxembourg, the Netherlands and others.”

He said larger countries were looking out for their own interests and Ireland should do the same.

“Britain has secured a carve-out for financial services, in order to protect the city of London,” Mr Varadkar said.

“America has secured commitments that the European Union will not go ahead with tax on digital companies. So, we have to look after our interests too, and we will.”

Mr Varadkar said Ireland would prefer to be inside the tax agreement than outside it, and that negotiations on the subject will continue.

He added: “We’re not going to sign up to or endorse an agreement that doesn’t protect our fundamental interests in a small country.”

The Tánaiste was speaking at the launch of the IDA Ireland annual report for 2020.

The IDA has reported investment in the first half of 2021 returning employment creation to pre-pandemic levels, with an associated employment potential of more than 12,530 jobs.

He said: “I think from a client’s perspective they continue to have significant confidence in Ireland. That is down to the stability of the taxation regime and rate over many years.

“That’s why we continue to see the numbers in 2020 that we saw, and the numbers now in the first half of 2021. Investors have confidence in Ireland.

“We know it is more likely that there will be a global tax framework agreed, rather than less likely at this point.”

Ireland has said that it can sign up to many aspects of that global agreement and Mr Shanahan said Ireland had opposed moves to minimum global tax rate for “legitimate” reasons.

Really strong mid year #results from @IDAIreland today showing #investment in #Ireland has held up despite immense challenges. #FDI helped us out of recession & will be crucial as we #rebuild after #Covid19. Particularly happy nearly 1/2 of new investment going outside of Dublin pic.twitter.com/iUMQ2xzKBl

He said: “There is a lot of technical detail to be worked through, even on what is currently being agreed in principle.

“It is perfectly legitimate that Ireland would articulate Ireland’s case within a global negotiation.

“I think there’s nothing remarkable about that and nor do our clients find that remarkable.”

He added: “There are still political discussions and policy discussions to be had between now and October.

“From an ideas perspective, obviously, within the context of whatever the new framework is, and whether there is agreement or not agreement, remaining stable and competitive is where we need to be.”