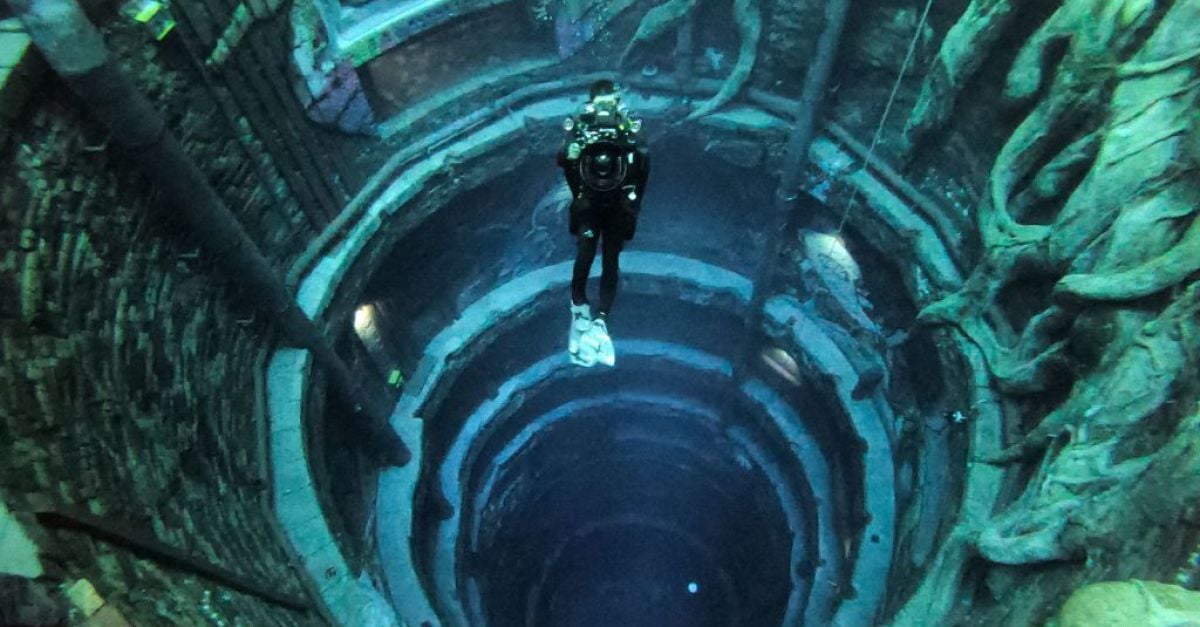 The world’s deepest swimming pool for underwater diving has opened in Dubai, where people can descend 60 metres (197 ft) to a sunken city-themed landscape and play arcade games.

Dubai, a tourism and business hub with desert terrain and months of scorching summer temperatures, has a reputation for flamboyant and record-breaking attractions such as its snow-filled indoor ski slope, large water parks and the world’s tallest building. Members of staff monitor the surface as divers experience Deep Dive Dubai. Dubai now has the deepest swimming pool on the planet complete with a “sunken city” for divers to explore.  Photo: AFP via Getty Images

The pool, which holds the equivalent of six Olympic swimming pools, has been verified by Guinness World Records as the world’s deepest swimming pool for diving. Deep Dive Dubai says it is 15 metres deeper than any other. A diver takes pictures of another riding a mock bike as they experience Deep Dive Dubai. Photo: AFP via Getty Images

The facility, shaped like an oyster in reference to the UAE’s pearl diving heritage, is also the region’s largest underwater film studio, the company said.

Divers go down through a landscape of a sunken city, with sound and lighting. There are two air-filled dry rooms on the way down. Visitors can practice scuba diving – with a tank of air – and freediving – where divers simply hold their breath. – Reuters