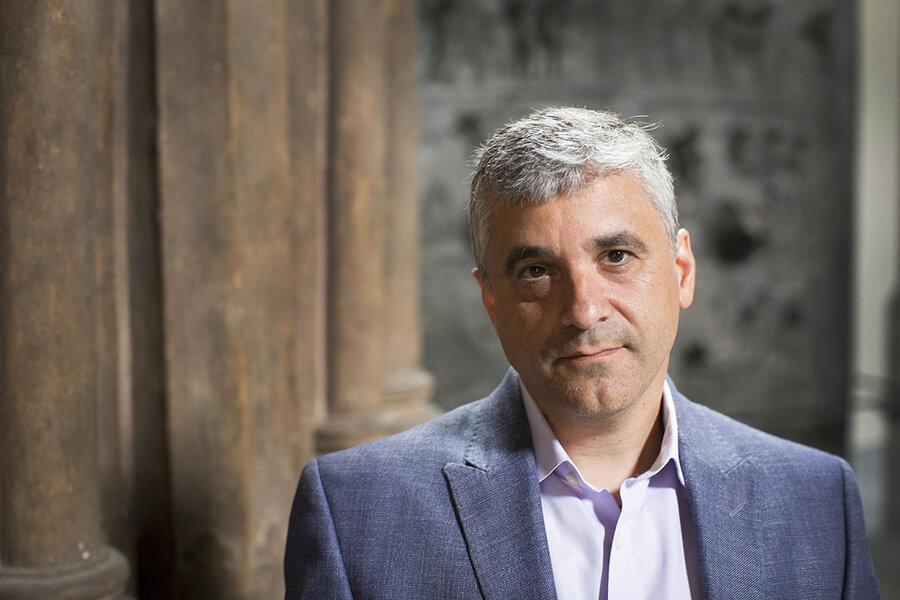 “Today, however, the guardrails of American democracy are weakening,” the book concludes.

The slim, wonky tome was an unlikely bestseller when it came out. The authors have recently begun work on a follow-up volume.

This interview is the second installment in a periodic series of conversations with thinkers and workers in the field of democracy, looking at what’s wrong with it, what’s right, and what we can do in the United States to strengthen it. The transcript has been lightly edited and condensed for clarity.

“How Democracies Die,” which you co-wrote with your Harvard colleague Daniel Ziblatt, anticipated many of the problems now stressing U.S. politics. But it was published three years ago, and a lot has happened since then. What did you get wrong?

I think the most important thing that we got wrong was that we underestimated the Trumpification of the Republican Party. We expected that the party would continue to be dominated by more or less establishment Republicans who were at least minimally committed to democratic rules of the game. And that very quickly ceased to be the case and placed us, I think, in territory that we didn’t foresee.

You’ve said that you believe 2024 is a danger point for U.S. democracy. Do you really think the presidential election could be stolen?

So, it won’t be the kind of fraud carried out by your tin-pot dictator. It will be legal, or at least able to be interpreted as so by judges. It’ll feel a little bit like the theft of the Merrick Garland seat in the Supreme Court. It was sort of unthinkable before it happened, and then it happened. Democrats sort of gasped and said, ‘They can’t do that.’ And then they realized there was absolutely nothing they could do about it.

One objection I get sometimes when I talk to Republicans is that Democrats and lefties are always exaggerating – always saying the sky is falling. Democrats said that Ronald Reagan was a fascist, and George W. Bush was a fascist; this is just another overreaction. What’s your reply to that?

Daniel and I never use the term “fascism.” We were very careful when we wrote the book to separate ourselves from those who were saying the sky is falling, and that fascism is just around the corner. And yet we still heard, including from [prominent news commentators], that we were exaggerating: “Come on, this is America, checks and balances.”

I don’t hear that much anymore. Certainly not since Jan. 6.

Many elected Republicans are sort of lying low, not denouncing former President Donald Trump’s false claims of election fraud, but not really supporting them, either. They seem to be waiting for the whole thing to fade away. Any chance it will?

I don’t think any of us can say with certainty what is about to happen. We are in completely uncharted territory. A lot depends on contingencies, like who wins the next election.

Is it possible that the Republican strategy, ‘If I just hide under the table and wait long enough, this will go away?’ Yeah, it’s possible. I don’t think history suggests that’s the best strategy.

I’m thinking primarily about Europe in the 1920s and ’30s. I think it’s a far better and safer strategy … for all small “d” democrats to break all ties with forces that are leaning authoritarian and to join forces with ideological rivals in defense of democracy.

What do you think is the best historical analogy to the position the U.S. is in right now? You’re a scholar of Latin America – is it Chile in the 1970s, when authoritarian Gen. Augusto Pinochet overthrew Salvador Allende’s leftist civilian government?

I don’t think there’s a really close analogous case. The U.S. is different from Chile in a couple of senses. One important one is the military is very unlikely to intervene here the way it did in Chile. We have an extraordinary degree of civilian control of the military.

But the level of polarization – parties reaching the point where they’re willing to give up on democracy to prevent the other guys from winning – that’s pretty similar.

That was also true in Chile. Chile was a constitutional democracy for many decades, but it didn’t have full suffrage until the 1970s, with the end of literacy requirements. It was basically the extension of full adult suffrage that triggered [the Pinochet coup].

How does the U.S. compare to today’s Hungary, controlled by the right-wing populist party Fidesz under President Viktor Orbán?

Well, Hungary is very different in the sense that it is not nearly as ideologically polarized [as the U.S.]. Its situation is the product of an imbalance of power between Fidesz and its opposition. The collapse of the former Socialist Party left Fidesz in a very majoritarian system with way too much power.

There are at least two major factors working in favor of U.S. democracy. One of them is that the military is not likely to be politicized, not likely to be involved. Another is that we have a very strong opposition. The Democratic Party is well organized, it’s well financed. It controls the most economically and culturally powerful regions of the country. And it’s electorally viable.

Overall, how does democracy compare today to other political systems, in terms of stability?

I do think most political regimes, both autocratic and democratic, are facing a higher level of instability. Political establishments – both democratic and authoritarian, but mostly democratic – are just far, far weaker than they were 40, 50 years ago.

We’re at a point where, whether it’s the United States or Brazil or El Salvador or Peru, just about anybody can win the presidency. Because of the weakening of political parties, in large part because of the growing power of social media and the erosion of the power of traditional interest groups, politicians can reach voters without relying on the establishment.

If you go back 50, 60 years in any democracy, including the United States, if you were not on good terms with party leaders, major interest groups, big business, big labor, and big TV networks, you had no shot in politics. That was true of Brazil; it was true of Germany, the U.K., Canada, Australia. That is no longer the case. In many ways, this is profoundly democratizing – but it’s also destabilizing, because Donald Trump can get elected president, or because Pedro Castillo, a left-wing teachers union leader from the hinterlands of Peru, who scares the bejesus out of the country’s elites, can win the presidency.

I’m not as pessimistic as those who are constantly talking about a democratic recession and an authoritarian resurgence. When democracies fall into crisis and even break down, in most cases the regimes that replace them are not particularly robust. A lot of them don’t last very long. And so I think [the world is], with the exception of a handful of Persian Gulf monarchies and revolutionary regimes, headed towards a period of greater regime instability, both on the democratic side and the authoritarian side.