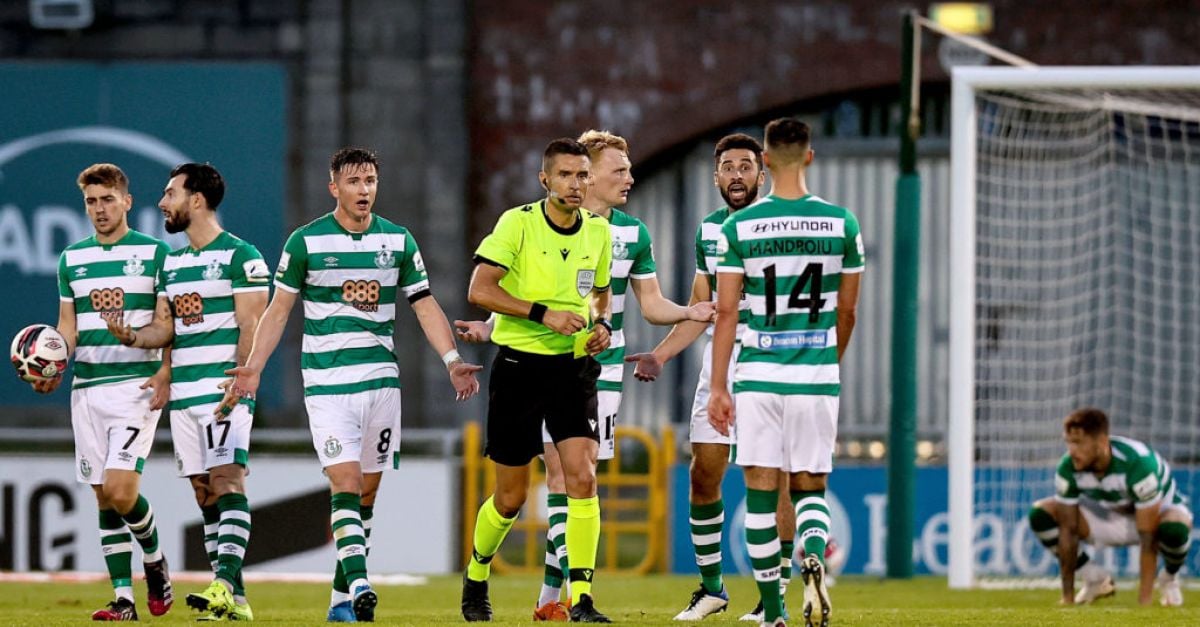 Shamrock Rovers were knocked out in the first round of the Champions League qualifiers this evening despite a 2-1 victory over Slovan Bratislava at Tallaght Stadium.

Stephen Bradley’s side went into the game with a mountain to climb after a 2-0 loss in Slovakia in the first leg.

However, Graham Burke fired them right back into the tie as he scored a 16th-minute penalty.

With just over 20 minute to go, Richie Towell levelled the tie on aggregate with a stunning strike.

It gave Rovers a huge boost, and they looked the most likely to go through as they pushed for a third goal.

However, Bratislava managed to pull themselves back in front as Vladimir Weiss, who recently returned from Euro 2020 duty, scored a vital goal in the 72nd minute.

Aaron Greene and Liam Scales had chances, but Rovers couldn’t pull themselves back into the tie.

Bratislava will now face Swiss club Young Boys in the second qualifying round while Rovers will drop into the UEFA Europa Conference League.