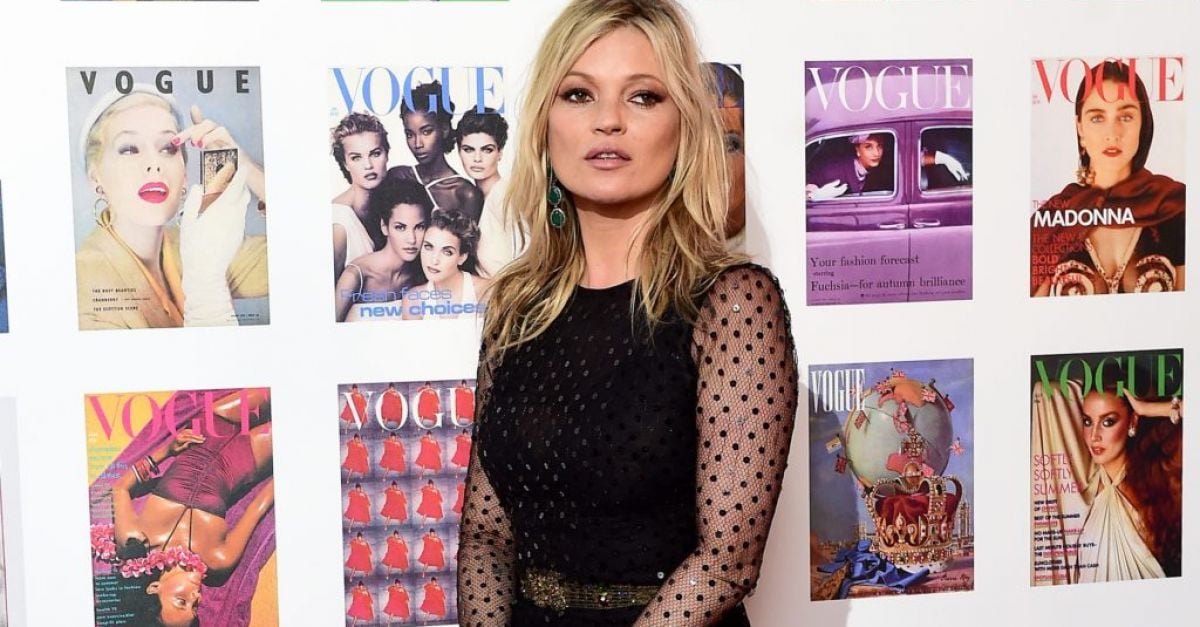 In one of the more unexpected pairings of the fashion world, Kate Moss has teamed up with Kim Kardashian West to become the newest face of her SKIMS shapewear and loungewear brand.

We should’ve seen this coming: the duo were recently spotted on holiday in Rome together, posting all about it on social media. Kardashian West wrote of the new partnership on Instagram: “I first met @katemossagency in 2014 through Ricardo Tisci, and was instantly struck by her cheeky humour, authentic and classic beauty – we’ve been friends ever since! She is THE fashion icon, defining a whole generation of style and I am honoured to feature her as the new face of SKIMS this Summer!”

The campaign photos are minimalist and chic: they show Moss with messy hair, wearing SKIMS bralettes, leggings and knickers.

It’s a huge coup for SKIMS to land such a legendary model, and Kardashian West told British Vogue: “Kate sets trends! She puts her twist and touch on everything she wears, making it truly unique.”

With Calvin Klein, Moss helped usher in a new fashion era, where the trend was for thin, waifish models wearing minimal make-up.

With a riot of colour and fun, this campaign is unmistakably early Nineties Versace. It was the unstoppable era of the supermodel, and Moss was joined by Christy Turlington, Linda Evangelista and Naomi Campbell.

Cast your mind back to the heady days of 2007: low-rise jeans were everywhere, Rihanna’s Umbrella was top of the charts, and Moss released her first collaboration with Topshop. We went mad for every waistcoat and pair of denim shorts she was selling – and we also loved the moody, black and white photos for the accompanying campaign.

Moss amped up the sex appeal in 2008, modelling for Agent Provocateur’s bridal range. She starred in a six-part story directed by the legendary Nick Knight, following “the demise of a bride’s big day”.

Moss is arguably the queen of fragrances, and one of her most iconic – and elegant – photoshoots came as the face of Bulgari’s Pour Femme. Moss’ relationship with Bulgari came full circle in 2016, when her half-sister Lottie became the brand’s latest accessories ambassador.

With the Eiffel Tower, an LBD, a blazer slung over her shoulders and clutching a rose, it really doesn’t get more French than Moss’ 2011 YSL photo series.

It’s hard to pick just one of Moss’ Burberry campaigns: she’s had a long-standing relationship with the brand, and has delivered some incredible shots along the way.

We particularly like the 2014 campaign where the then-40-year-old model partnered up with another industry heavyweight, Cara Delevingne. The duo posed in classic heritage trench coats with nothing underneath for the My Burberry perfume.