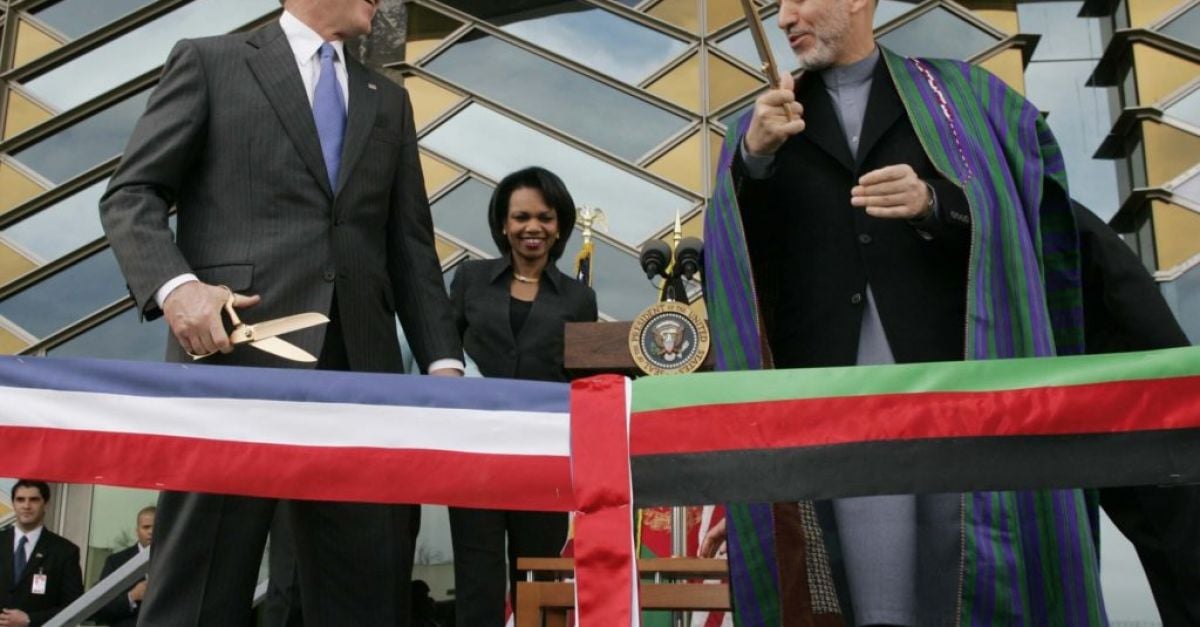 Former US president George W Bush has criticised the Western withdrawal from Afghanistan in an interview with a German broadcaster, saying he fears that Afghan women and girls will “suffer unspeakable harm”.

Asked in an interview with German international broadcaster Deutsche Welle whether the withdrawal is a mistake, Mr Bush replied: “You know, I think it is, yeah, because I think the consequences are going to be unbelievably bad.”

The war in Afghanistan began under Mr Bush after the September 11, 2001 attacks on the United States.

Omar refused, and a US-led coalition launched an invasion in October.

The withdrawal of US and Nato troops set in motion earlier this year by current President Joe Biden is now nearing completion.

Taliban fighters have been surging through district after district, taking control of large swathes of the country.

In the DW interview, which marked outgoing German chancellor Angela Merkel’s final official visit to the US, Mr Bush said Mrs Merkel had supported the deployment in Afghanistan in part “because she saw the progress that could be made for young girls and women in Afghanistan”.

“It’s unbelievable how that society changed from the brutality of the Taliban, and all of a sudden — sadly — I’m afraid Afghan women and girls are going to suffer unspeakable harm,” Mr Bush said.

During the Taliban’s rule in the late 1990s, women were largely confined to their homes, and girls had no access to education. Despite protestations from the US and Europe, the Taliban enforced its extreme version of Islamic Shariah law.

However, there was no mass violence against girls and women.

“I’m sad,” Bush said. “Laura (Bush) and I spent a lot of time with Afghan women, and they’re scared.

“And I think about all the interpreters and people that helped not only US troops but Nato troops, and it seems like they’re just going to be left behind to be slaughtered by these very brutal people. And it breaks my heart.”