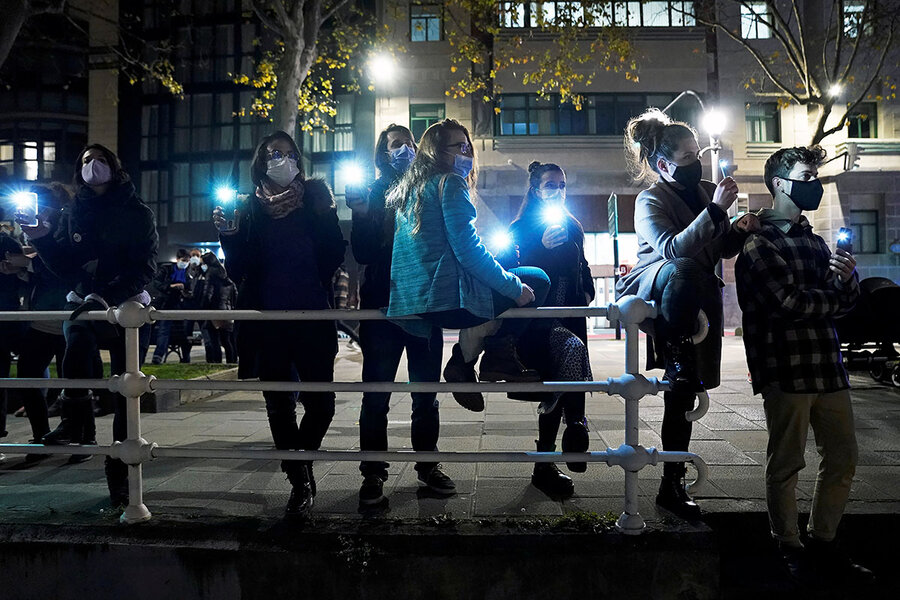 Ana Bella Estévez had survived years of verbal, physical, and mental abuse at the hands of her husband when one night, he asked her to sign a document that said she wouldn’t divorce him even if he continued to hit her. That was when everything changed for her.

“I went to a center for women’s information just to see if I could get out of my marriage. A woman asked me questions like does your husband yell at you? Yes. Does he throw things at you? Yes,” says Ms. Estévez. “It’s incredible, surrealistic, but until then I never realized I was a victim of domestic violence.”

Ms. Estévez drove to a shelter in nearby Sevilla with her four children and never looked back. Now, 20 years later, she is fighting against domestic violence in Spain with her Fundación Ana Bella, a women’s network of 16,000 members around the world that connects survivors with those undergoing abuse. Her organization and others, alongside government initiatives, have helped make Spain one of the leaders in tackling gender-based violence, particularly by reducing gender-based murders over the past decade.

Spain and France, two European neighbors, have both tried to tackle gender-based violence to varying degrees of success. The results show that there’s no one-size-fits-all strategy to confronting the issue.

But where Spain has succeeded in decreasing gender-based murders, neighboring France has struggled. Since the beginning of the year, the country has counted 58 femicides, or murders of women based on their gender, one of the highest tallies in Western Europe. The stark difference in statistics – Spain has recorded 24 femicides so far this year, according to the government – is waking up French officials and activists to what needs to be done to respond to domestic violence calls, and what France might learn from its Iberian neighbor.

“In Spain, they’ve developed a complete system, from education to protection to legal punishment,” says Fatima Benomar, co-founder of French feminist group Les Effronté-es, which works to advance women’s rights. “In France, the majority of cases are thrown out. Not enough people are educated about domestic violence from early on. But at least the issue is no longer buried in the middle of the newspaper now. We’re starting to talk about it more and more.”

Spain’s wake-up call to domestic violence came in 1997 when Ana Orantes, an Andalusian woman in her 60s, appeared on television to denounce the violence she’d endured at the hands of her husband for 40 years. Two weeks later, she was found murdered in her garden – set on fire by her husband.

The case shocked the nation, and in 2004, Spain adopted a comprehensive law on intimate partner violence that implemented a range of measures involving cooperation between law enforcement, health services, and legal counsel. It also created a special court dedicated to fast-track cases of domestic violence. It has helped bring down the number of women killed annually by their partners or ex-partners from a peak of 76 in 2007 to 45 in 2020.

But neighboring France has seen its own numbers stagnate over the same period – 166 women were killed by their partners in 2012 and 146 in 2019. That prompted the government to hold a national forum on domestic violence at the end of 2019, which led to a series of measures including electronic bracelets to alert women when abusers are nearby and expulsion orders to force violent partners out of the home.

Government efforts have started to pay off – last year, femicide numbers in France dropped to 90. At the end of June, Frenchwoman Valérie Bacot was freed from police custody after facing life imprisonment for murdering the ex-husband who had sexually abused her for decades. But experts say a disconnect remains between the legal structures in place and what happens in practice.

“It’s still extremely difficult for cases to make it beyond a first police complaint. Around 80% of cases are thrown out,” says Janine Bonaggiunta, a lawyer in Paris who specializes in domestic violence. “Even when cases are accepted, there is so much paperwork and the wait time is interminable. It can be very discouraging for clients.”

Judges want to see medical certificates of abuse, which can be difficult to obtain for women who see the same general practitioner as their abusers. And French doctors tend to treat physical injuries without inquiring further about their possible causes, like abuse.

Police relearning how to respond to abuse

But the biggest hindrance to progress, say campaigners, is at police stations, where officers lack training in how to respond to domestic abuse survivors.

“Police have a stereotype of what a victim of abuse looks like,” says Ms. Benomar of Les Effronté-es. “Unless a woman comes in with a black eye and three teeth missing, they don’t give credibility to what she says.”

The Yvelines police department in the Paris region is hoping to change its handling of domestic violence complaints. It has created a QR code that can be discreetly distributed to sufferers of abuse during routine police interventions. It’s working on creating alternative welcome desks where people can report abuse confidentially. And every new officer who enters the department is required to undergo domestic violence training, which includes learning how to identify what PTSD looks like.

“For a long time we didn’t understand how to identify trauma or the cycle of violence, why a victim can’t remember what happened to her, or why she returns to her aggressor days after making a complaint,” says Maj. Fabienne Boulard, who has been leading the Yvelines trainings for a decade. “After the training, many officers tell me they probably didn’t act correctly during past interventions. So we’re starting to change our ways little by little.”

“Gender-based violence is a man’s problem”

Training and raising awareness have been integral to Spain’s success and feature heavily in its 2004 law, which encourages educational institutions to train people of all ages on not just what domestic abuse is, but on values like respect, tolerance, and equality.

That includes making men part of the equation, says the Men’s Gender Equality Association (AHIGE), a Spanish feminist organization led by men that goes to schools, workplaces, and health services to train men on positive masculinity.

“Gender-based violence is a man’s problem, in that it’s men who harass and kill women, and benefit from gender inequality,” says Miguel Lázaro, an activist with AHIGE in Madrid. “We’ve been taught as men that if we talk about our feelings, it’s not manly. We try to challenge those ideas and encourage men to make emotional development. … We need to hold ourselves accountable.”

Despite their efforts, the issue remains a work in progress. Spain has seen a spike in femicides since its pandemic state of emergency was lifted in May. Activists hope the country’s strong combination of prevention and legal structures will get violence back under control. Ms. Estévez, with her Fundación Ana Bella, is doubling down on efforts to educate school-age children about abuse, and provide survivors with shelter, support, and jobs training.

“If you can overcome abuse, it means you are strong and resilient, you’re able to work under pressure, you’re perseverant,” she says. “We want to help women transform the pain they’ve experienced into empathy and expertise … so they can become change-makers themselves.”