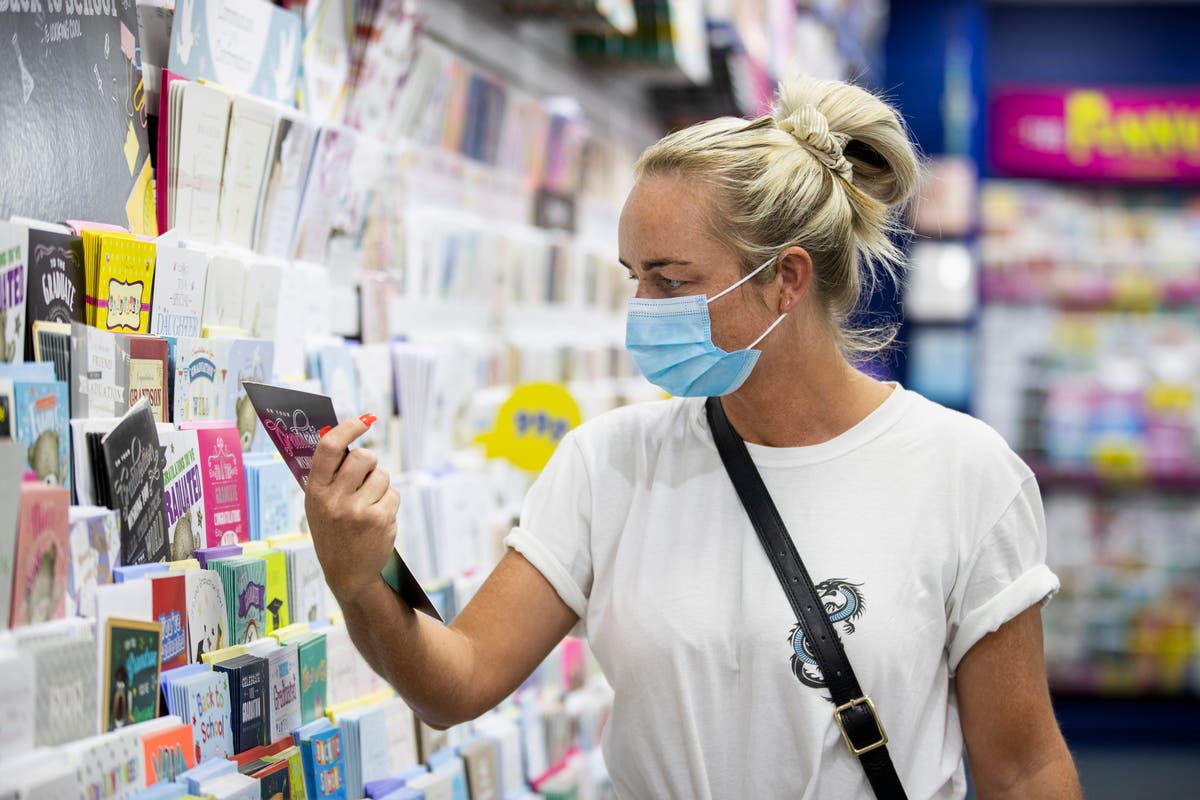 Business groups have criticised the government over its raft of new Covid guidance, saying companies and customers have been left with “mixed messages and patchwork requirements” ahead of the planned easing of curbs on 19 July.

Under plans to relax restrictions next week, ministers have said wearing a face mask in indoor settings will switch from a legal requirement to a matter of personal choice.

From Monday, all legal limits on the numbers meeting indoors and outdoors will be scrapped and all businesses will reopen, including nightclubs – for the first time since March 2020.

However the advice has led to confusion with some members of the government continuing to advise the public to use face coverings in certain settings, such as on public transport and in crowded spaces.

Leading businesses and transport bodies have said they will continue to mandate masks despite the change in the rules.

Transport for London, Heathrow Airport and several major restaurant and pub chains – including the owner of the Gaucho chain and City Pub Group – have said they will continue to ask customers to cover their nose and mouth.

However there is uncertainty over how the rules will be implemented in many of the UK’s supermarkets.

Sainsbury’s has confirmed that many of the Covid measures customers will stay in place in their shops after 19 July.

Barriers between self-service checkouts and dividing checkout queues will be gradually removed from its stores in England, but they will remain in place between colleagues and customers when they are being served at checkouts.

Other supermarkets have said they are awaiting further guidance or are still conducting a review of their mask policy with days to go before the rules change.

Roger Barker, policy director at the Institute of Directors, accused the government of announcing a “series of mixed messages and patchwork requirements” which he said had dampened enthusiasm among businesses for the unlocking.

The Association of Convenience Stores warned that the “tensions in government messaging will play out not in the corridors of government departments but on trains and buses and in the aisles of shops”.

Hannah Essex, co-executive director of the British Chambers of Commerce, complained companies had “just five days to make this judgment call and effectively communicate it to staff and customers”.

Asked on Sky News if the government had created confusion for businesses, minister Robert Jenrick said: “I disagree with that. We’ve published guidance and the guidance reflects the huge diversity of businesses.

“There might be situations where businesses might choose to pursue these policies based on their best judgement … this is the sort of discretion they want.”

“You can already see TfL, that manages the Tube in London, have come to, in my opinion, a perfectly sensible judgement that in the confines of the Tube you should be using a mask.

“And there are also some supermarkets coming to that conclusion as well. Waterstones, who I understand will be asking their customers to wear masks … that seems a logical decision.

“We trust businesses just as we trust the public to come to sensible, reasonable positions.”