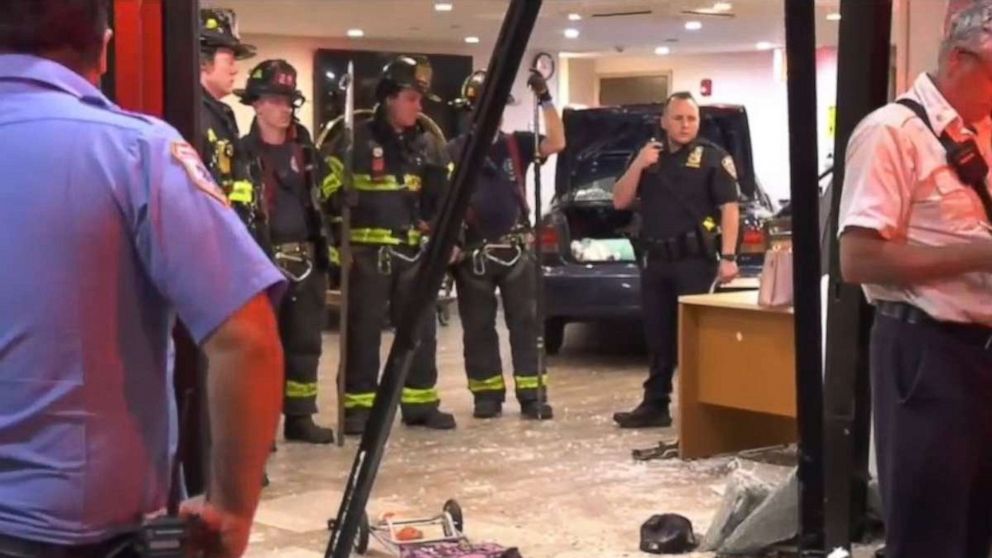 A woman is on the run from the police after driving a car through the lobby of a hotel-turned-homeless shelter in New York City.

The incident occurred just after 11 p.m. Monday in the Mott Haven section of the Bronx in New York City when police say a woman — who may have been a resident of the homeless shelter — drove a car straight through the front lobby of the Ramada by Wyndham on Gerard Avenue after an alleged ongoing dispute with the shelter, according to ABC News’ New York City station WABC.

It is currently unclear what the woman and the homeless shelter had been feuding over but authorities say it boiled over when the woman left and returned by crashing her car into the building, leaving three people with minor injuries in the process. Their conditions are currently unknown.

Authorities said that police have previously been called to the homeless shelter regarding the ongoing dispute, according to WABC.

The aftermath of the crash was chaotic, and the vehicle could be seen deep into the hotel’s lobby and next to the elevators.

“I’m hearing people screaming. I don’t know what’s going on. I heard a big boom and everybody screaming,” eyewitness Ann Marie Parker told WABC following the incident. “I smell gas. I have asthma. So, I go downstairs on the elevator. I get out of the elevator and she’s driving towards me. I backed up, like, oh my God. I almost had a heart attack.”

Police say that the suspect fled the scene of the crime on foot and is still at large following the incident, according to WABC.

The hotel was not evacuated, and the New York City Department of Buildings responded to check out the safety and integrity of the structure.

This incident comes as New York City works to evict thousands of homeless people temporarily housed in hotels during the pandemic, according to WABC. The most recent effort, however, was recently stalled following a motion that was filed by the Legal Aid Society arguing that these evictions violate the rights of people living in the shelters.