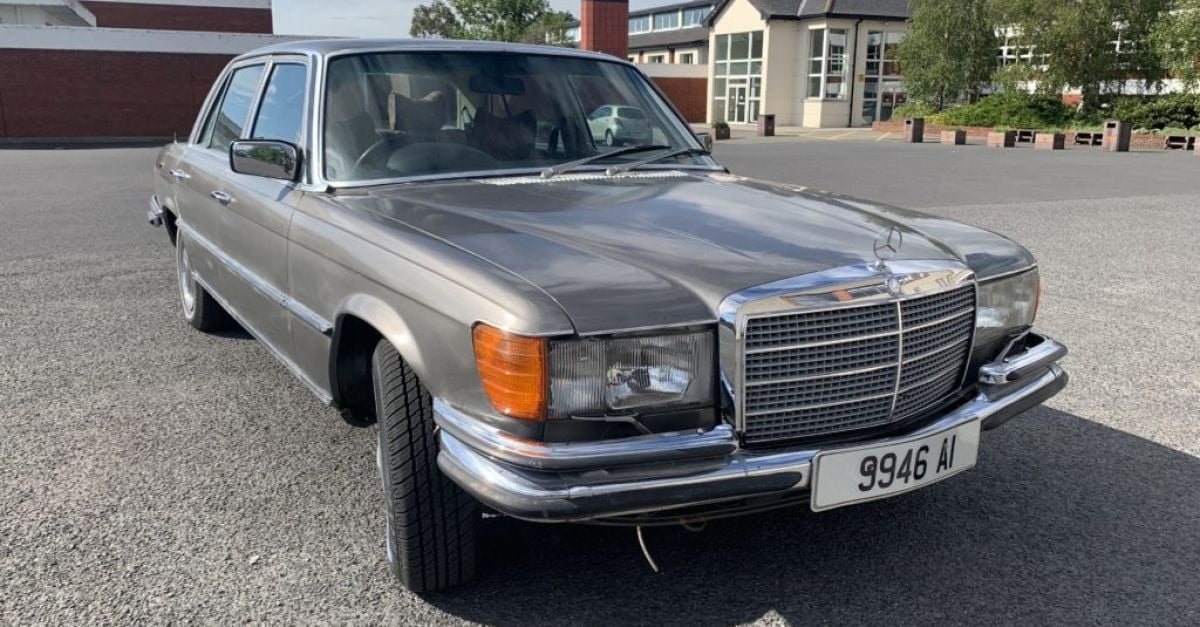 Bought to celebrate the success of U2’s first album, Boy, the Dublin rock legend put his own unique improvements into the vehicle, most notably a sound system that was so powerful he always kept a fire extinguisher in the car just in case. Bono always kept a fire extinguisher in the car

Symbolising the decadence of the rock stars of the period, the interior is retrimmed in a cow hide pattern throughout, including the parcel shelf and door trims.

The Alpine sound system, fitted by Bono at a cost of £12,000, €55,000 in today’s money, consists of several amps and multiple speakers fitted throughout the interior. The car has multiple speakers throughout the interior The interior is retrimmed in a cow hide pattern throughout

Continuing the colourful history of the car, it was auctioned by Bono in 2000 and purchased by Pepsi, raising money for Ethiopian aid projects. The Irish music connections didn’t end there – Boyzone’s Keith Duffy later offered the car via another charity auction in 2003.

Chris Pollitt, head of editorial at Car & Classic, said: “The Mercedes-Benz S-Class is known for its luxurious aesthetics and with this particular car it keeps elements of that, but if you really want to catch the eye of everyone you drive past with its custom interior and sound system, this is the car for you. A classic Mercedes-Benz – and a piece of rock history

“And if that doesn’t do it, the sub-atomic sound system installed by the one and only Bono will most definitely make heads turn. This isn’t just your regular classic Mercedes from the Eighties, this is a piece of modern rock music history.”

The online-only auction starts on July 18th and will last seven days, ending on July 25th at 5pm.