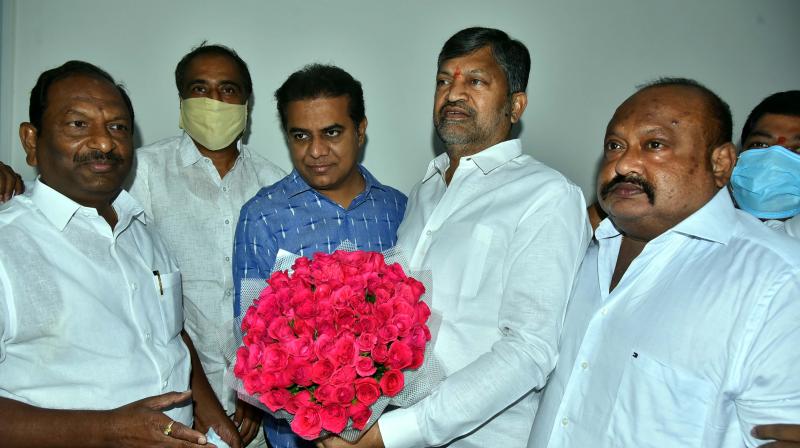 Hyderabad: Telangana Telugu Desam Party (TDP) president L. Ramana joined the Telangana Rashtra Samiti (TRS) by taking party membership from its working president K.T. Rama Rao at Telangana Bhavan on Monday. He will formally join the TRS again on July 16 along with his followers in the presence of TRS president and Chief Minister K. Chandrashekar Rao.

As Dalits and Backward Castes comprise a majority in Huzurabad, the meeting discussed at length on the strategy to be adopted to win over these sections.
As Ramana is a BC leader from Padmashali community. The party has entrusted the responsibility of garnering BCs support to the TRS in the Huzurabad bypoll to him.

Ramana submitted resignation to the TDP on July 9 and decided to join the TRS.