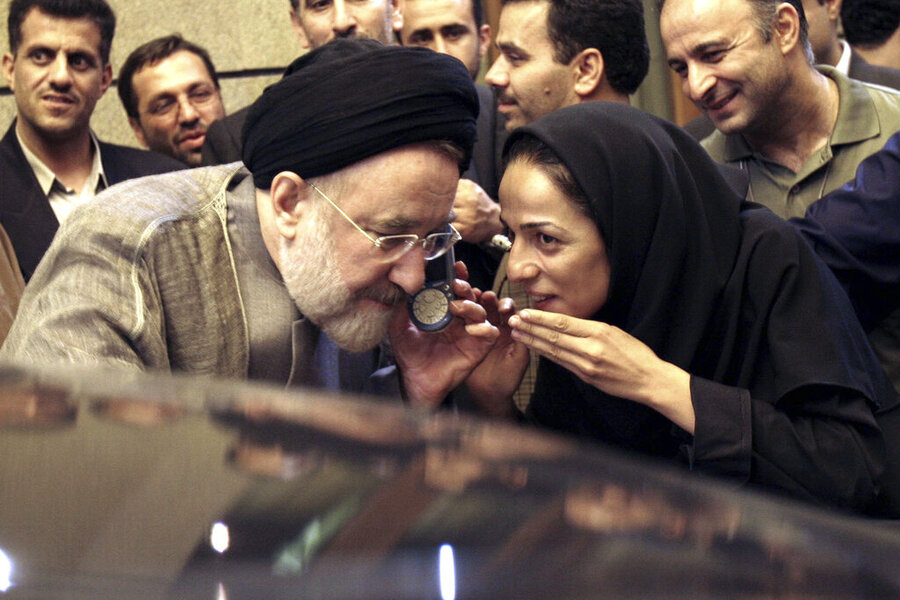 An indictment in Manhattan federal court alleges that the plot was part of a wider plan to lure three individuals in Canada and a fifth person in the United Kingdom to Iran. Victims were also targeted in the United Arab Emirates, authorities said.

The identities of the alleged victims were not released but Brooklyn-based Masih Alinejad confirmed that authorities had told her she was among the targeted victims.

“I knew that this is the nature of the Islamic Republic, you know, kidnapping people, arresting people, torturing people, killing people. But I couldn’t believe it that this is going to happen to me in United States of America,” Ms. Alinejad told The Associated Press.

Iran’s mission to the United Nations did not immediately respond to a request for comment. State media in Tehran did not immediately acknowledge the alleged plot, though Iran has become more aggressive in recent years about seizing opposition journalists and dissidents abroad amid tensions over its tattered nuclear deal.

The indictment acknowledges that, naming an exiled Paris-based journalist later seized by Iran and executed. Also named was a California-based member of an Iranian militant opposition group in exile whose family says he was abducted by Iran while staying in Dubai in 2020. Prosecutors alleged the Iranian intelligence officer had an electronic device containing a graphic of Ms. Alinejad alongside those two men, prosecutors said.

Ms. Alinejad, who worked for years as a journalist in Iran, long has been targeted by its theocracy after fleeing the country following its disputed 2009 presidential election and crackdown.

She is a prominent figure on Farsi-language satellite channels abroad that critically view Iran and has worked as a contractor for U.S.-funded Voice of America’s Farsi-language network since 2015. She became a U.S. citizen in October 2019.

Her “White Wednesday” and “My Stealthy Freedom” campaigns have seen women film themselves without head coverings, or hijabs, in public in Iran, which can bring arrests and fines. Details in the indictment also correspond to Ms. Alinejad’s biography.

Ms. Alinejad said authorities had come to her last year and told her she was being watched, including photos being taken of her home. She said she had been living under U.S. government protection since then, including time spent in various safe houses. She also said the FBI at one point asked her to conduct a live video online to see if Iranian intelligence could track her.

Although not charged in the kidnapping plot, Niloufar Bahadorifar, also known as Nellie, was arrested July 1 in California on charges that she has provided U.S. financial and other services to Iranian residents and entities and some financial services supported the plot and violated sanctions against Iran, according to prosecutors.

Ms. Bahadorifar has pleaded not guilty to charges lodged at the time of her arrest and been released on bail, authorities said. She still faces arraignment on charges in Tuesday’s superseding indictment.

The rest of the defendants are fugitives believed to be based in Iran, authorities said.

“Among this country’s most cherished freedoms is the right to speak one’s mind without fear of government reprisal,” U.S. Attorney Audrey Strauss said. “A U.S. citizen living in the United States must be able to advocate for human rights without being targeted by foreign intelligence operatives.”

“Every person in the United States must be free from harassment, threats, and physical harm by foreign powers,” Acting U.S. Assistant Attorney General Mark J. Lesko added. “Through this indictment, we bring to light one such pernicious plot to harm an American citizen who was exercising their First Amendment rights.”

William F. Sweeney Jr., the head of New York’s FBI office, noted that the indictment sounded a bit like “some far-fetched movie plot.”

“We allege a group, backed by the Iranian government, conspired to kidnap a U.S. based journalist here on our soil and forcibly return her to Iran. Not on our watch,” he said.

The Iranian intelligence officer, who remains a fugitive, was identified as Alireza Shahvaroghi Farahani.

According to the indictment, Mr. Farahani, and three other defendants tried since at least June 2020 to kidnap Ms. Alinejad. If caught and convicted, the four could face life in prison.

Mr. Farahani and the network he led on multiple occasions in 2020 and 2021 lied about his intentions as he hired private investigators to surveil, photograph, and video record Ms. Alinejad and her household members, the indictment alleged. It said the surveillance included a live high-definition video feed of the activist’s home.

The indictment alleged that the government of Iran in 2018 tried to lure her to a third country so a capture would be possible, even offering money to her relatives to try to make it possible. The relatives, the indictment said, refused the offer. Ms. Alinejad’s family has been targeted for harassment by the Iranian government, a separate lawsuit filed by the activist in the U.S. alleges.

The others charged in the kidnapping plot were identified as Mahmoud Khazein, Kiya Sadeghi, and Omid Noori, all from Iran.

According to the indictment, Mr. Sadeghi researched a service offering military-style speedboats that could perform a maritime evacuation out of New York City that would ultimately reach Venezuela, whose government has friendly relations with Iran.

Mr. Khazein, it said, researched travel routes from Ms. Alinejad’s home to a waterfront neighborhood in Brooklyn and the location of her residence relative to Venezuela and Tehran.

Ms. Alinejad said the plot wouldn’t stop her from her activism.