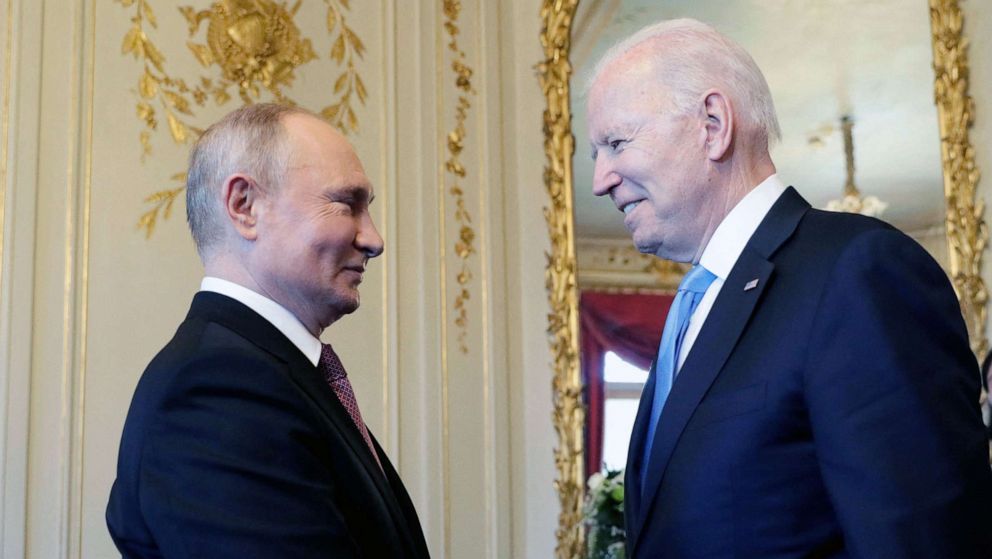 The discussion, their first since meeting in Switzerland last month for a major summit, comes days after another massive ransomware attack affected as many as 1,500 businesses around the world, according to the software vendor that was impacted.

“I made it very clear to him that the United States expects when a ransomware operation is coming from his — even though it’s not, not sponsored by the state — we expect him to act if we give him enough information to act on who that is,” Biden told reporters.

Biden added that there will still be U.S. consequences for such attacks, without providing details. A senior administration official said Friday the U.S. would be taking action to respond to the latest cyber attacks in the “days and weeks ahead.”

“We’re not going to telegraph what those actions will be, precisely. Some will be manifest and visible, some of them may not be, but we expect those to take place in the days and weeks ahead,” the official said.

But weeks after their Geneva summit, the president expressed optimism that the two countries, whose relations have hit a low point in recent years over a mountain of different issues, at least now had clear lines of communication.

“We have set up a means of communication now on a regular basis to be able to communicate to one another when each of us thinks something is happening in the other country that affects the home country — and so, it went well,” Biden said of the call.

When asked what actions he wanted or expected Putin to take against the cyberattacks, Biden demurred.

“It’s not appropriate for me to say what I expect him to do now. But we’ll see,” The president told reporters.

The Kremlin said in its own readout that the two presidents “stressed the need for substantive and constructive cooperation in the field of cybersecurity and the continuation of relevant contacts.”

The White House has said there’s no indication the Russian government is responsible for this latest ransomware attack, in which hackers from the cyber criminal group REvil infiltrated IT management companies and their corporate clients through the software vendor Kaseya. The firm said 50 of its customers were directly compromised, but as many as 1,500 businesses that rely on those 50 customers for IT security could be compromised.

REvil is believed to be based in Russia or Eastern Europe and was responsible for the hack of JBS, the world’s largest meat processor, that took facilities offline and affected meat supplies, including in the U.S. The group demanded a $70 million bitcoin payment from the victims of the Kaseya attack.

While the Russian government may not be involved, it has consistently denied responsibility for its own cyberattacks, from its interference in the 2016 U.S. elections to the massive SolarWinds hack that affected dozens of government ministries, private companies and other entities around the world, including nearly a dozen U.S. agencies.

“Despite the readiness of the Russian side to jointly suppress criminal manifestations in the information space, no appeals on these issues have been received by the competent US agencies over the past month,” the Kremlin said Friday.

A senior administration official pushed back on the Kremlin’s readout Friday afternoon.

“We have relayed multiple specific requests for action on cybercriminals, to Russia through official channels, and been clear about what Russia’s responsibility is, with regard to taking action, including again today at the level of two presidents,” they said.

That language indicated a continued lack of cooperation from the Russian government on the issue. The White House declined to say whether Biden received any new assurances from Putin, referring ABC News’ questions to the Kremlin.