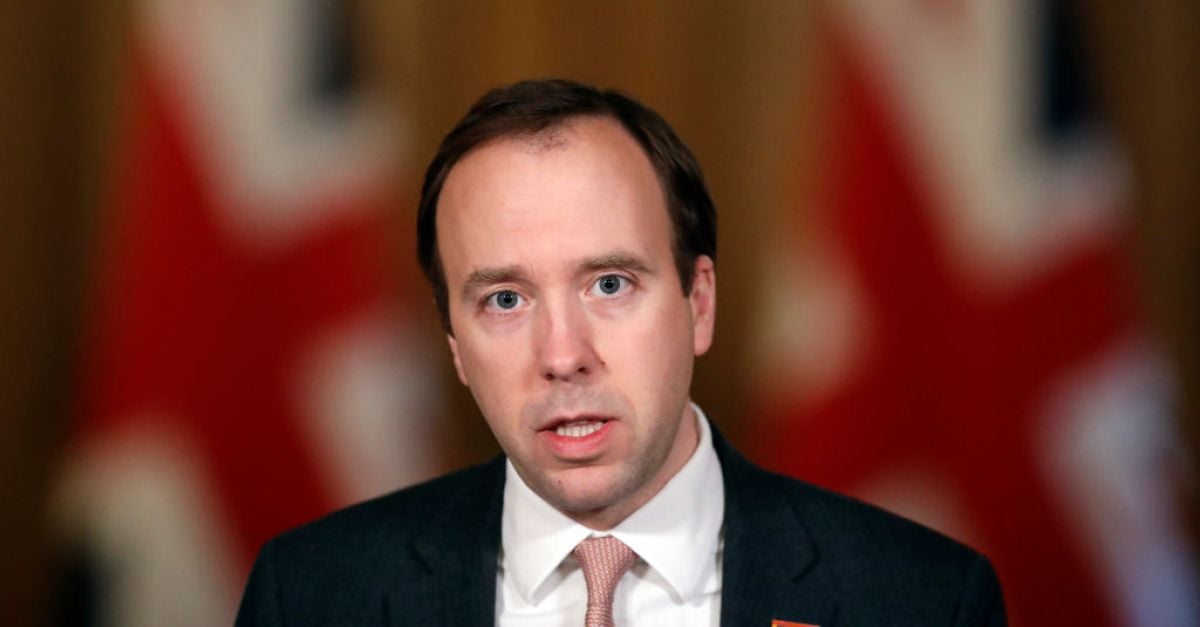 Britain’s data watchdog has seized computers as part of an investigation into how images showing former English health minister Matt Hancock kissing an adviser inside his ministerial office came to be published, it said on Thursday.

Hancock resigned from his position in June after security camera images of the kiss, which broke Covid regulations at the time, were published in The Sun newspaper.

On Thursday, the Information Commissioner’s Office (ICO) said personal computer equipment and electronic devices were seized as part of an investigation into how the CCTV images found their way into the public domain.

The firm which manages the security cameras at the health department had reported a data breach to the watchdog, saying the images were taken without their consent, or the department’s consent.

“It’s vital that all people, which includes the employees of government departments and members of the public who interact with them, have trust and confidence in the protection of their personal data,” said Steve Eckersley, director of investigations at the ICO.

“In these circumstances, the ICO aims to react swiftly and effectively to investigate where there is a risk that other people may have unlawfully obtained personal data. We have an ongoing investigation and will not be commenting further until it is concluded.”