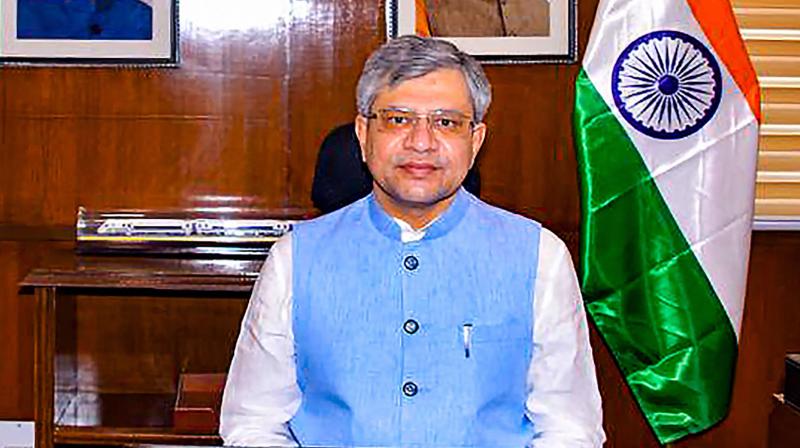 New Delhi: The Delhi High Court on Thursday told the Centre it was free to take action against Twitter Inc in case of any breach of the new IT Rules and that no interim protection was granted, even as the new IT minister Ashwini Vaishnaw said those who live and work in India will have to abide by the rules of the country.

Locked in a standoff with the Central government over the new Information Technology (IT) Rules, Twitter Inc, meanwhile, informed the High Court it has appointed an interim chief compliance officer, who is a resident of India, and said it will make an “endeavour” to fill the regular position within eight weeks as per the rules. The court granted two weeks time to the microblogging platform to file an affidavit, notarised in the United States, on compliance with the new rules.

It is made clear that since this court has not passed any interim order, this court has granted time to Respondent No 2 (Twitter Inc) to file affidavit, no protection is granted. It is open to Centre to take action against the Respondent 2 in case of any breach of the rules, a bench of Justice Rekha Palli said while listing the matter for further hearing on July 28.

Senior advocate Sajan Poovayya, representing Twitter, told the court it was not seeking any protection either.

The consequence (of non-compliance) is that the protection to intermediaries falls off. I’m not seeking any protection, he said. Meanwhile, Vaishnaw while responding to a question by reporters on the issue of Twitter not adhering to the IT rules said whosoever lives and works in India will have to abide by the rules of the country.

The US-based company has been in the eye of a storm over its alleged failure to comply with the new IT rules in India, which mandates, among other requirements, the appointment of three key personnel — chief compliance officer, nodal officer and grievance officer by social media platforms with over 50 lakh users. All the three personnel have to be residents in India. While the rules came into effect on May 26, Twitter is yet to adhere to the social media guidelines, despite repeated reminders from the government.

Vaishnaw, a Rajya Sabha member from Odisha, on Wednesday took oath as the Cabinet Minister and was given the charge of Railways along with the IT ministry. He replaced senior BJP leader Ravi Shankar Prasad in the IT ministry.

At the high court, Justice Palli also directed that affidavits on compliance with the rules be also filed by the officers appointed by Twitter under the new IT Rules.

“Twitter prays for two weeks’ time for filing notarised affidavit of competent official of respondent nos 2 (Twitter Inc). Two weeks time is granted. Scanned copies to be filed by Tuesday, July 13,” the court said after Poovayya submitted that he would get notarised affidavit from the U.S and the same would require some time.

The high court on July 6 had directed Twitter to inform it by July 8 as to when it will appoint a resident grievance officer (RGO) in compliance with the new IT Rules.

Poovayya told the court that pursuant to the direction, a note was filed, clarifying the status of appointment of the interim chief compliance officer (CCO), interim RGO as well as a nodal contact person on interim basis.

While an interim CCO has already been appointed on July 6, an interim RGO and interim nodal contact officer will be appointed by July 11 and within two weeks, respectively, Poovayya told the court and said that Twitter was actively recruiting for permanent position.

He said that usage of interim would not lessen the responsibilities imposed on these officers to ensure compliance with the new IT Rules.