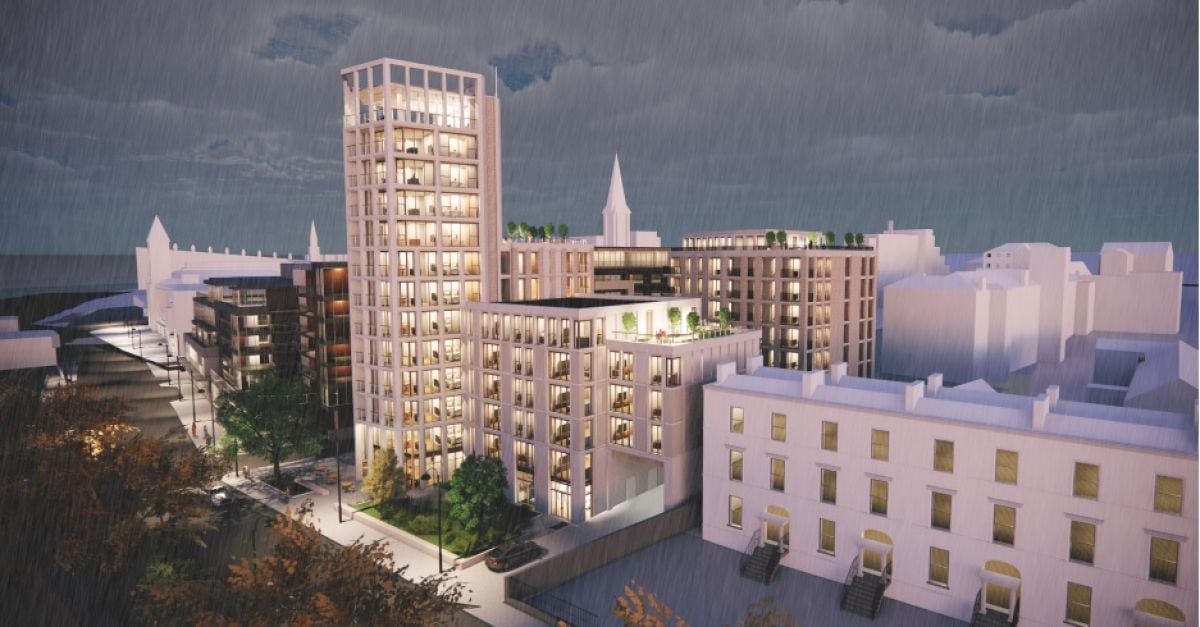 An action aimed at quashing planning permission for 100 build-to-rent apartments and two retail units in two blocks in Dún Laoghaire’s Seafront Quarter has been initiated in the High Court.

The grounds of challenge include claims An Bord Pleanála erred in permitting a development including a 13-storey block in material contravention of height and other objectives of the Dún Laoghaire Rathdown Development Plan.

The challenge is by Crofton Buildings Management CLG, manager of the Harbour View apartment development adjacent to the development site on St Michael’s Hospital lands at Crofton Road, and Stephanie Bourke, of Carrickbrennan Road, Monkstown, who owns an apartment in Harbour View.

The case is against the board. The developer, Fitzwilliam DL Limited, is a notice party.

On Wednesday, Mr Justice Charles Meenan told Stephen Dodd SC, for the applicants, he was satisfied they met the threshold necessary for leave to bring the judicial review proceedings.
Section 9.6 of the 2016 Act on strategic housing developments (SHD), which provides the board can grant permission for a development even if that materially contravenes a local development or area plan, is at the heart of the case, he noted.

The applicants claim the board acted outside its powers ad/or in breach of section 9.6 in how it addressed issues including building height, retail and residential use, and car parking spaces.

The case concerns the board’s approval last April for a SHD involving demolition of a two-storey vacant dwelling and construction of 100 build to rent apartments and two retail units, with associated private residential amenity space, and a café unit.

Mr Dodd said Dún Laoghaire Rathdown Council considered the proposed development was in material contravention of the county development plans for reasons including its height.

The board may only permit developments which materially contravene development or local area plans in circumstances specified by section 32.b of the 2016 Act and the board had misinterpreted those, it is claimed.

The development materially contravened the development plan in relation to the town centre and retail use zoning of the area, counsel said. While the board tried to “get around” that by reason of the development including two retail units, it acted outside its powers in doing so.

The board also erred in permitting development in material contravention of objectives of the development plan concerning building height and the protected skyline of Dun Laoghaire, he said.

The development plan noted traditional building height within the area is typically two to four storeys, with some post-war developments of about 4-5 storeys and more recent schemes extending up to a maximum seven storeys. The plan said, generally, only the spires of St Michael’s Church and Mariner’s Church and the tower of the County Hall rise above the urban skyline.

The 13-storey apartment block, at 51.475 metres high, would be higher than the tower of the County Hall, clearly breaching the development plan, while the second block would be 37 metres high, he said. The board also erred in considering the “unique” Dún Laoghaire skyline is not protected.

The board further erred in considering this was a “landmark” building, counsel said.

The matter will come back before the court in November.