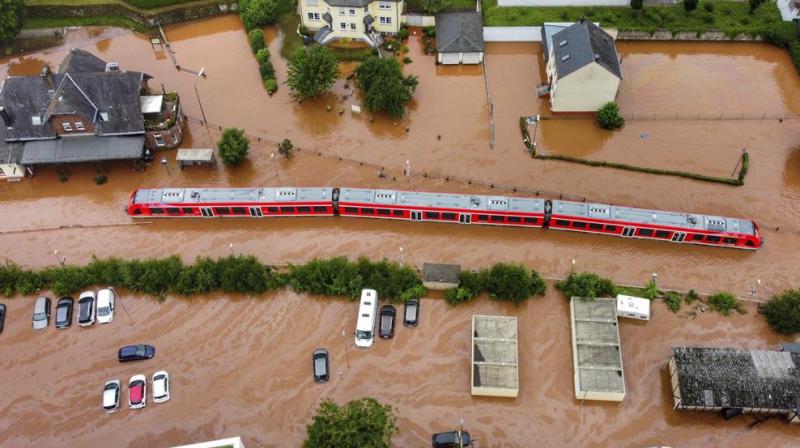 Berlin: The death toll from devastating floods across parts of western Germany and Belgium rose above 90 on Friday, as the search continued for hundreds of people still unaccounted for.

Authorities in the German state of Rhineland-Palatinate said 50 people had died there, including at least nine residents of an assisted living facility for people with disabilities.

In neighboring North Rhine-Westphalia state officials put the death toll at 30, but warned that the figure could rise further.

Belgian broadcaster RTBF reported at least 12 dead in the country.

The flash floods this week followed days of heavy rainfall which turned streams and streets into raging torrents that swept away cars and caused houses to collapse across the region.

Chancellor Angela Merkel and U.S. President Joe Biden expressed their sorrow over the loss of life during a news conference at the White House late Thursday.

The long-time German leader, who was on a farewell trip to Washington, said she feared that “the full extent of this tragedy will only be seen in the coming days.”