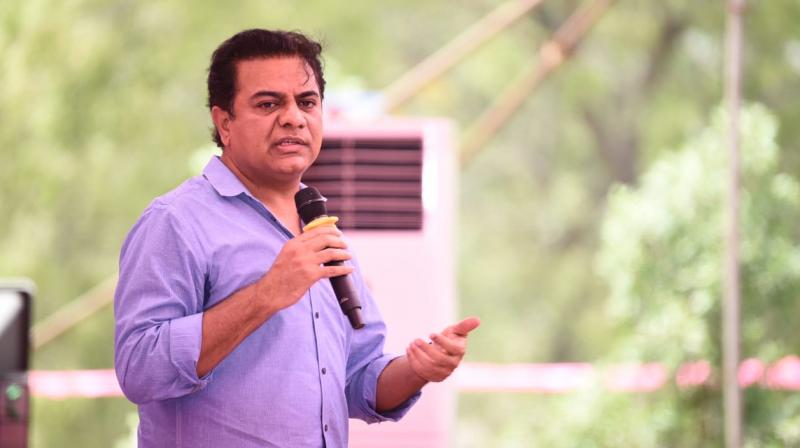 Hyderabad: Industries minister K. T. Rama Rao has offered to set up an ‘exclusive zone’ or ‘Singapore hub’ for Singapore companies in Telangana if they evince interest to invest in the state.

Rama Rao mooted the idea during a meeting here on Tuesday with a delegation from Singapore headed by its High Commissioner to India, Simon Wong.

Wong welcomed the idea and said they would definitely consider this proposal positively. He said when he was working in Vietnam, a similar initiative was taken up to draw investments and had been successfully operational since then.
Wong said Telangana offered several investment opportunities in new sectors, and told the minister that he would help brief Singapore companies and investors about these opportunities. He also told the minister that he had received positive feedback about the business climate in Telangana from companies like DBS who had already invested here.

He said Singapore companies were keen to invest in information technology, innovation and emerging areas like blockchain. He noted that T-Hub and other such initiatives were driving a conducive atmosphere in the IT ecosystem and innovations in Hyderabad.

Rama Rao stated that the Telangana government’s friendly industrial policies had helped attract major global companies to the state. He added that many Singapore-based firms had already established their units here and were positive about the state’s ecosystem.

Rao told Wong that ever since the formation of Telangana, the government’s investor-friendly policies, TSiPASS single-window clearance and other steps had helped Telangana attract international investors.

Citing the investment opportunities that exist in Telangana, he pointed out that for centuries, Hyderabad had been developing with a cosmopolitan culture. Companies from various states in the country and from various countries in the world had their presence in Hyderabad for a long time. He said Telangana was not only competing with other states in the country but also competing in attracting investments from around the world.