Join us on Google News to keep up to date with the latest news
Well, first, let's remember who R2-D2 is. Many probably remember the epic Star Wars saga. So, R2-D2, called Artu-ditu, Ardva-didva or, often, Ardva for short, was an R2-series astromech droid. Together with his fellow protocol droid C-3PO, R2-D2 was directly involved in key moments in galactic history.
Since this film was released in cinemas, many DIYers are trying to make similar characters of this saga … Basically, they try to make robots, but they copy both masters Yoda and Chewbacca, and in one country, Darth Vader tried to register as a presidential candidate in the elections.
Our DIY master has more modest requests and will try to make R2-D2 as a timer and clock. Well, in addition, the robot will make various cool sounds.
Tools and materials:
-ESP32 board;
-5v 2A power supply unit;
-Connecting terminal – 2 pcs; -DC2.5 connector; -Mp3 module; -Micro SD card;
-40 mm speaker;
-Blue 7-segment display;
-Rotary encoder;
-Resistors 220 Ohm; -LEDs 3 mm and 5 mm ( blue, red and white); – Super glue; -Jumpers; -Paints for models; -3D-printer;
Step one: 3D printing
The first step is to print the parts in 3D -the printer. PLA media, 20% coverage, 0.2mm layer. Supports must be used for the bottom of the robot.
Files for printing parts can be downloaded below.
Rotary_Encoder_Knob.stlBody.stlcenterfoot.stlcenterleg.stlhead.stlleftfoot.stlleftleg.stlrightfoot.stlrightleg.stl 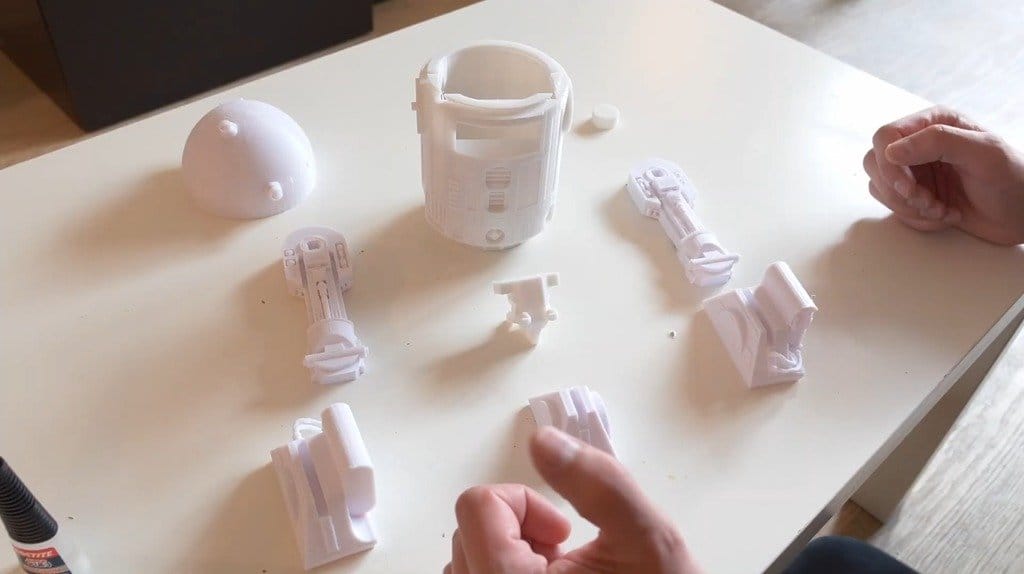 Step two: assembly
After printing, the wizard assembles the robot. The details are fixed with superglue. 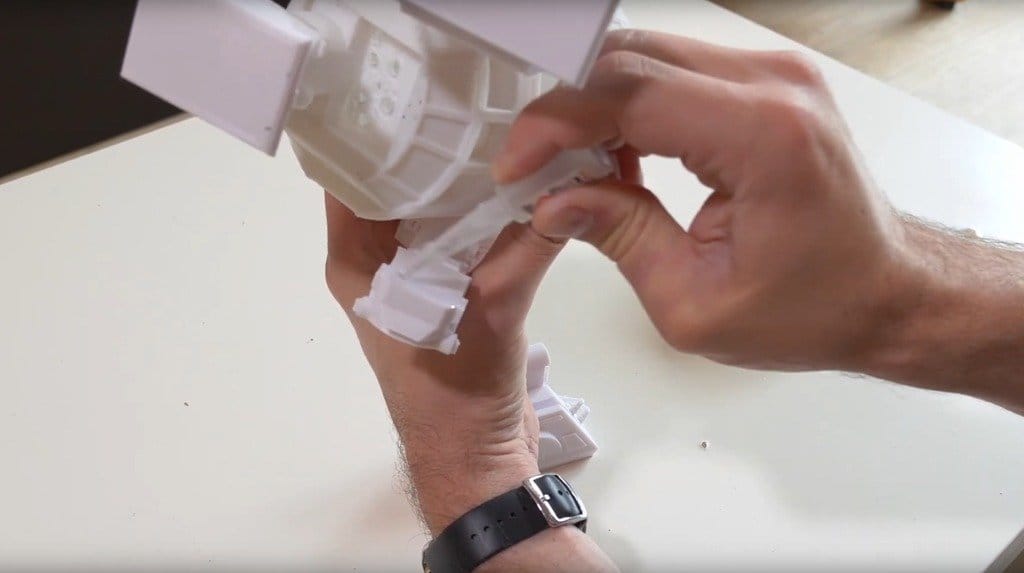 After assembly, paints the parts according to the original color scheme. 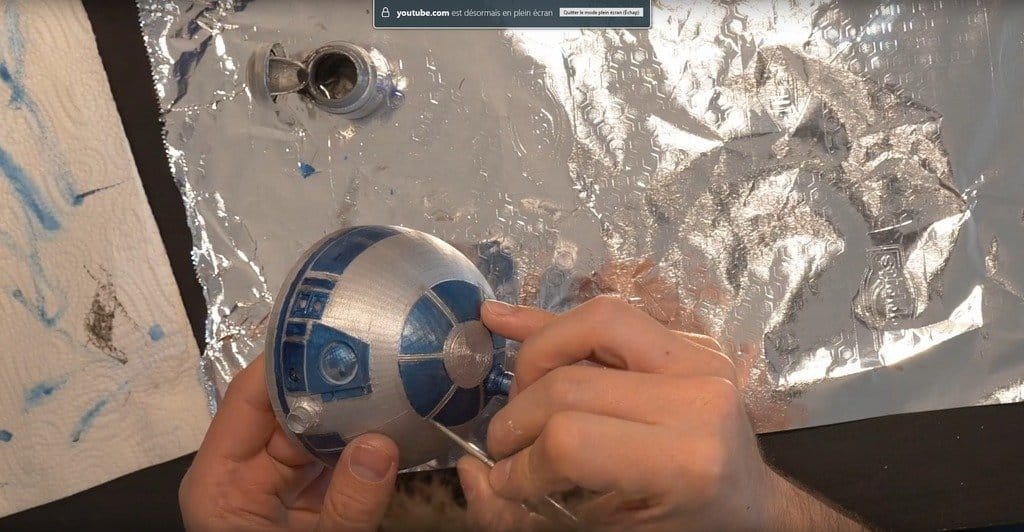 Step three: preparing the electronics
Four pin connectors are soldered to the display board .
The rotary encoder needs a pull-up resistor to detect when the built-in button is pressed.
The resistor must be soldered between 3.3V and input # 27. 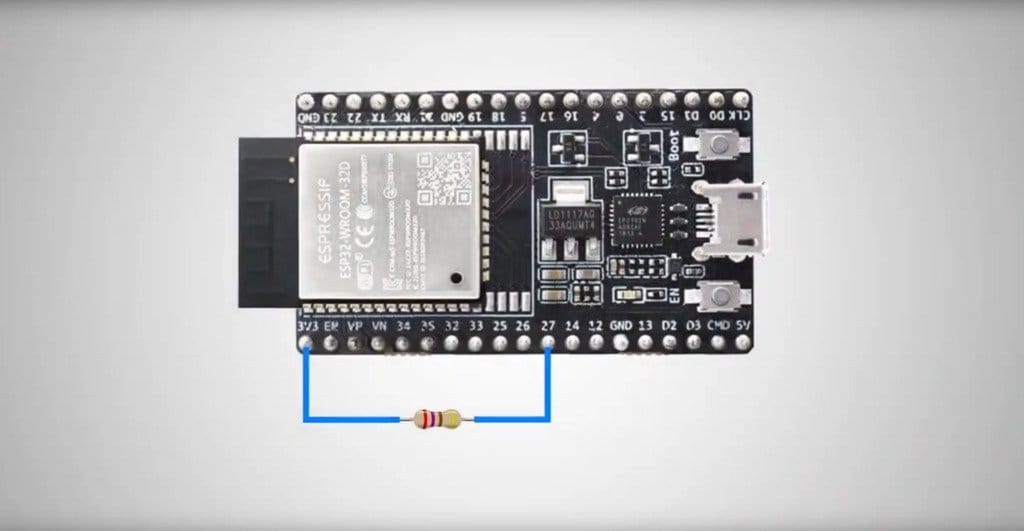 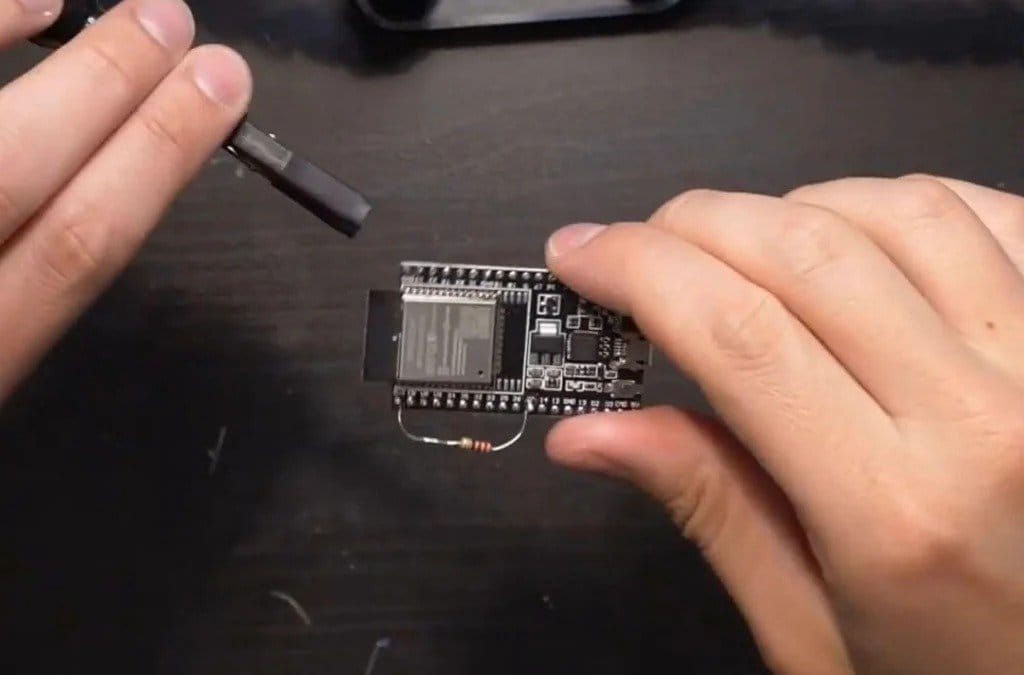 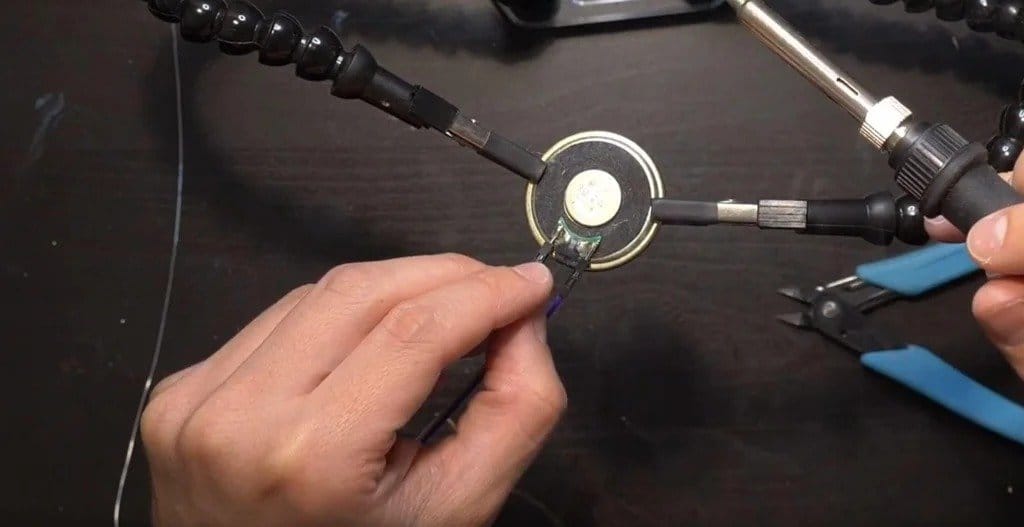 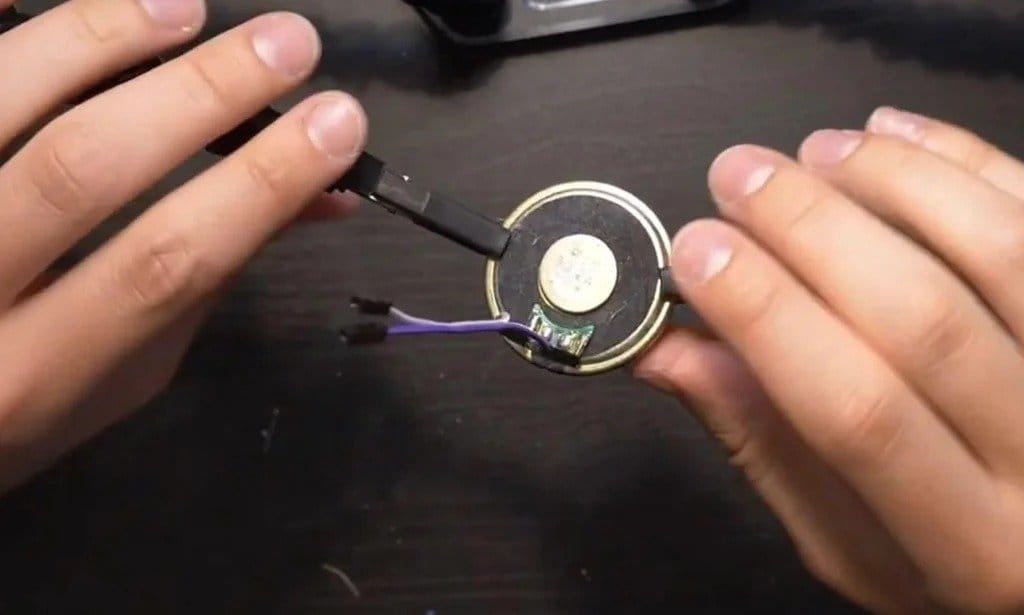 Solders a 220 Ohm resistor to the cathodes of the white and red LEDs and connects the two cathodes together. 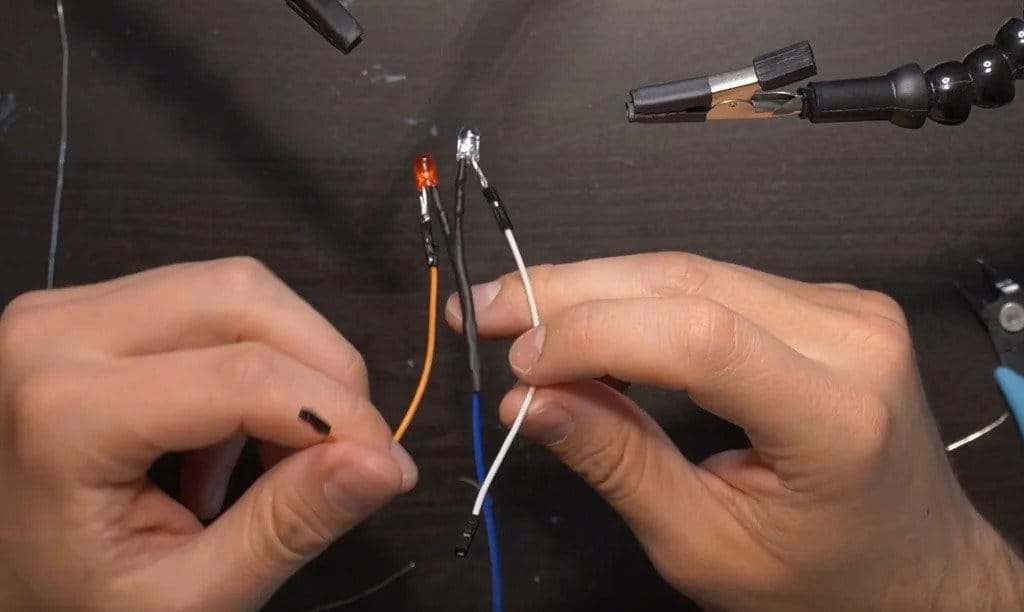 Solders blue LEDs according to the scheme. 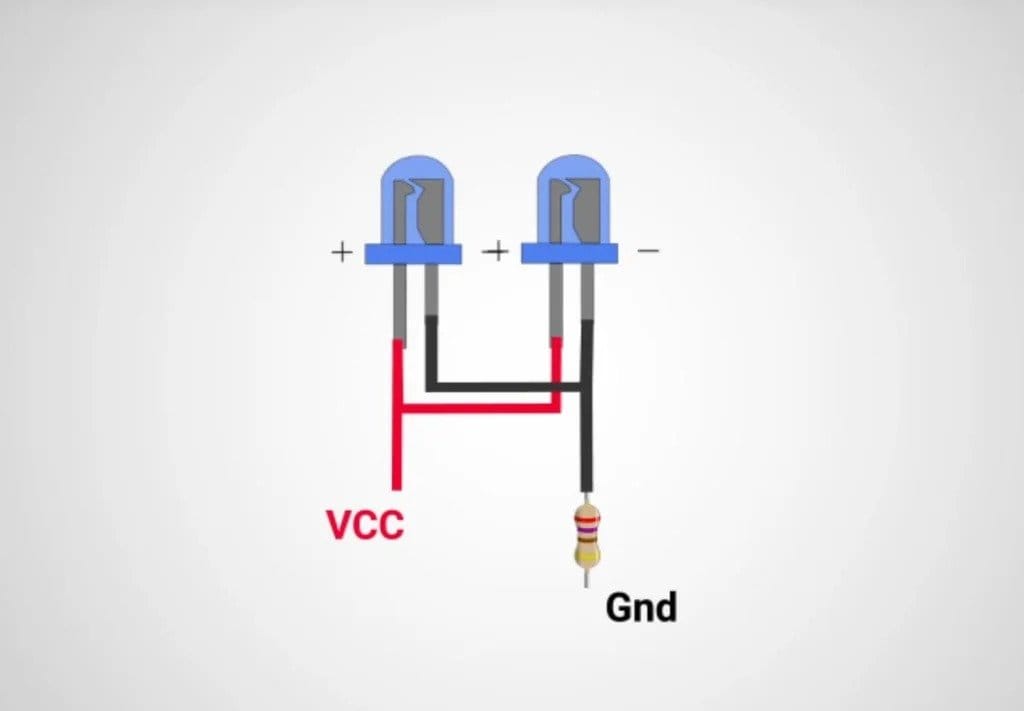 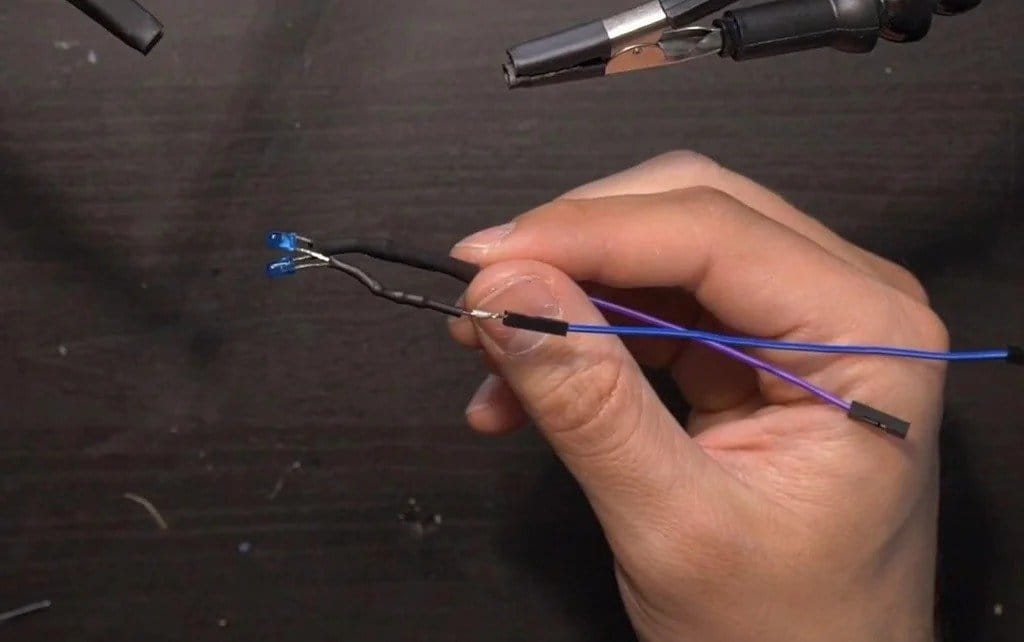 Step Four: Assembly
Now you can start installing parts inside the robot. First, he glues the speaker to the top of the robot. 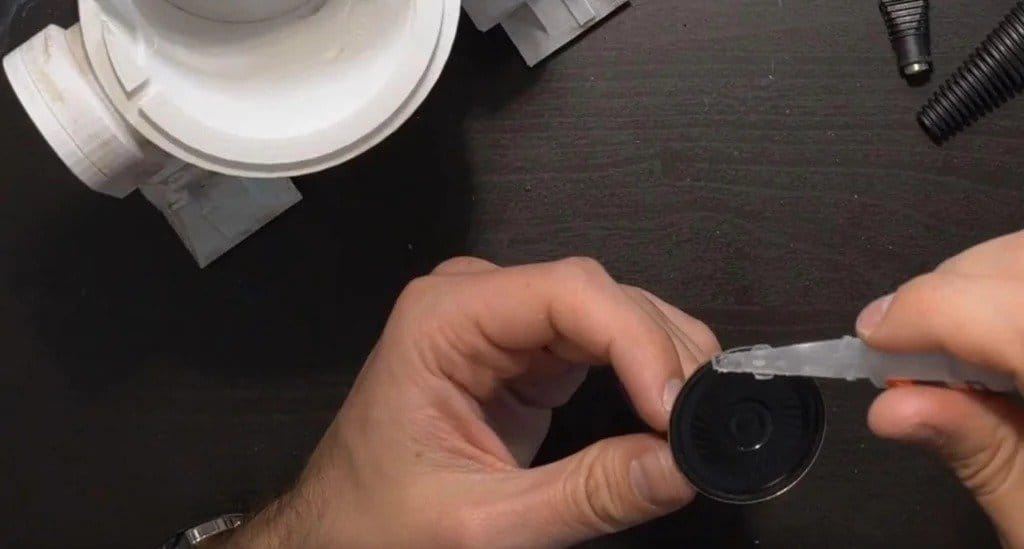 Installs the connector.
Connects terminals to connector, one + 5V (red) and one for ground (black).
Connects four red wires and 4 black wires, these will be used to power each module/component.
Sets the encoder. The encoder handle goes through a hole in the back of the robot.
Sets the display.
Now you need to connect each component according to the diagram.
Glues the encoder button. < br> 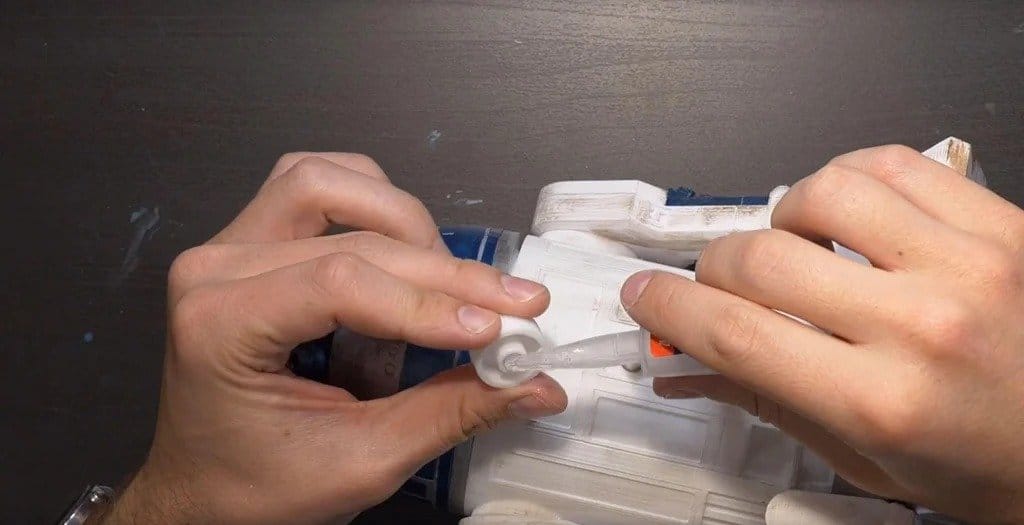 Sticks LEDs to the head. 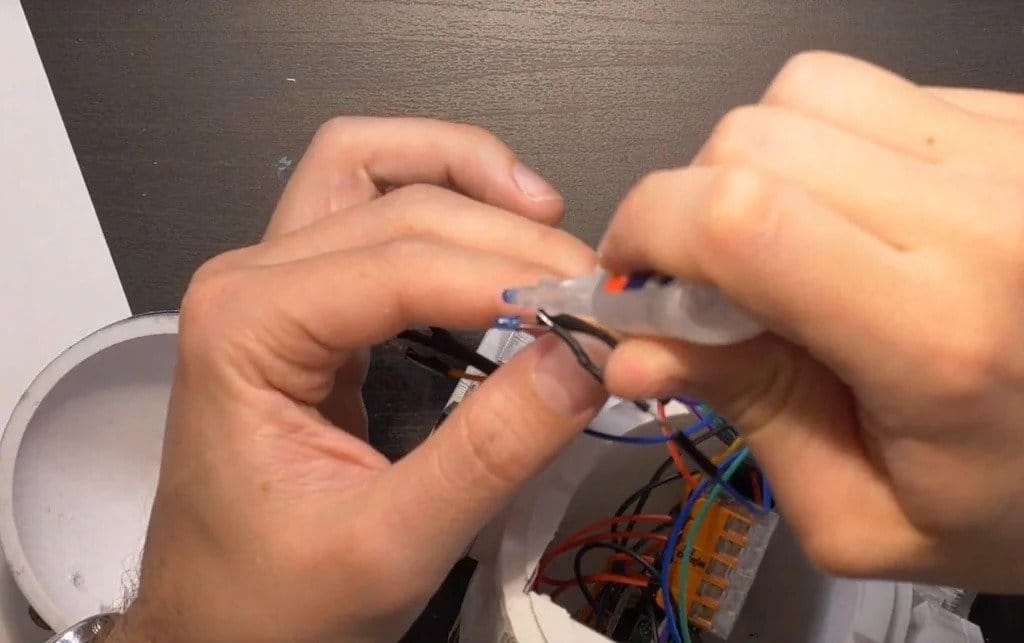 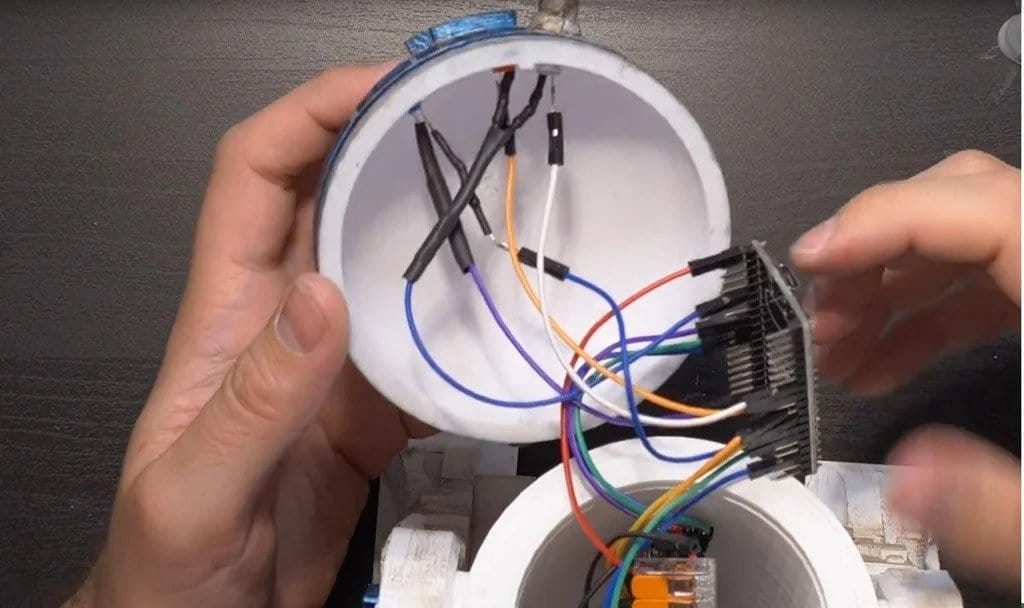 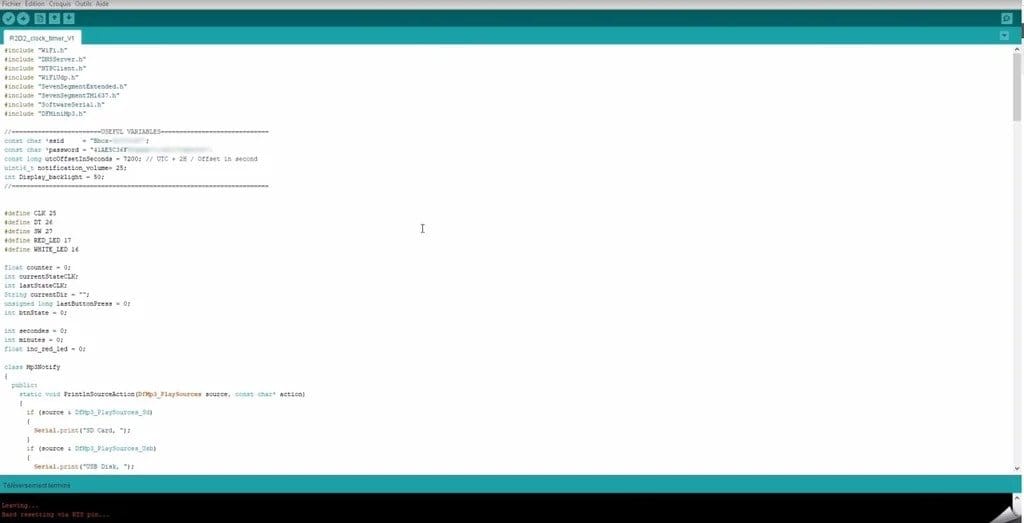 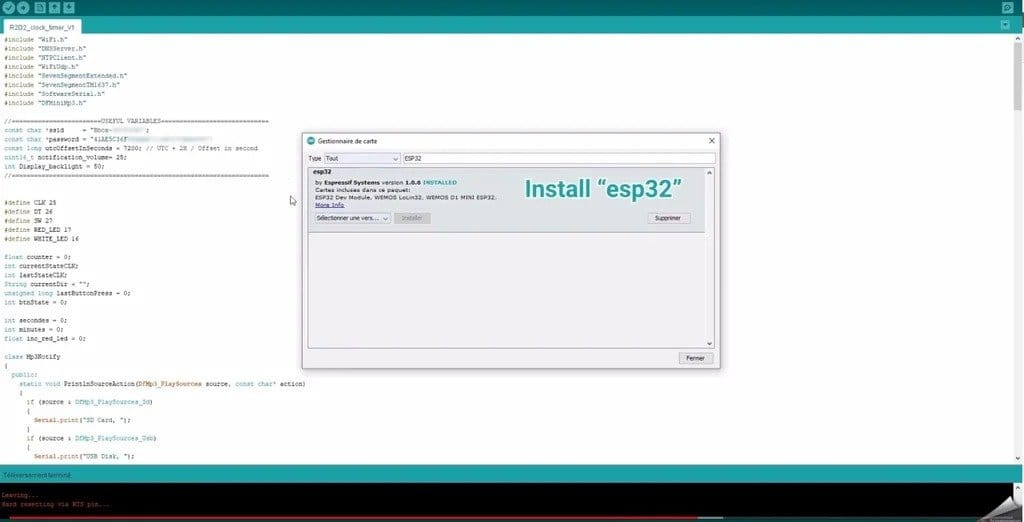 Now all that remains is to put the head back in place and turn on the power. 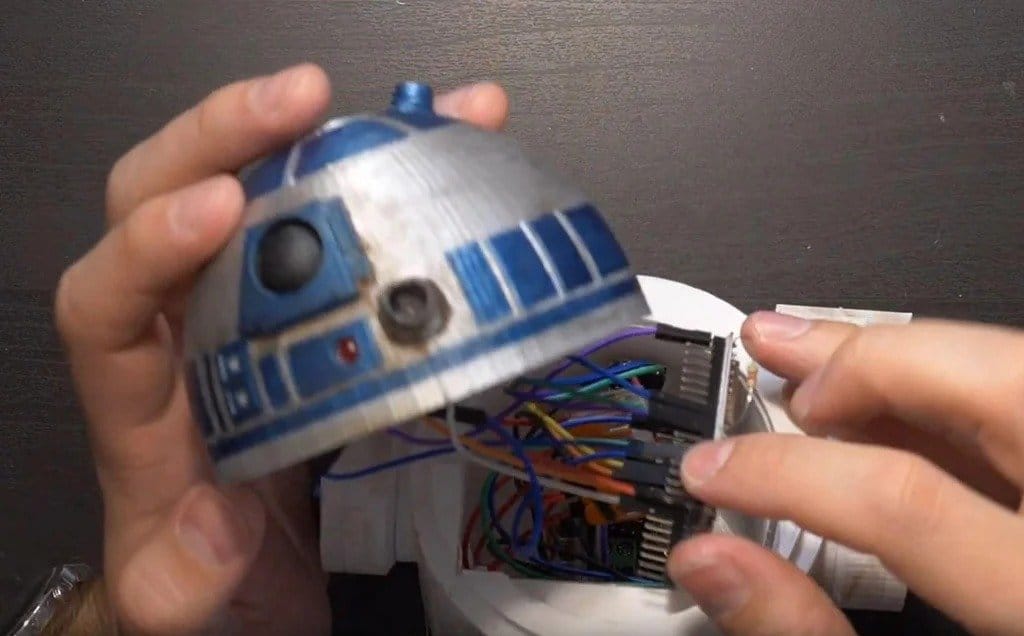 The entire assembly process, as well as a demonstration of the operation of such a device, can be viewed in the video.