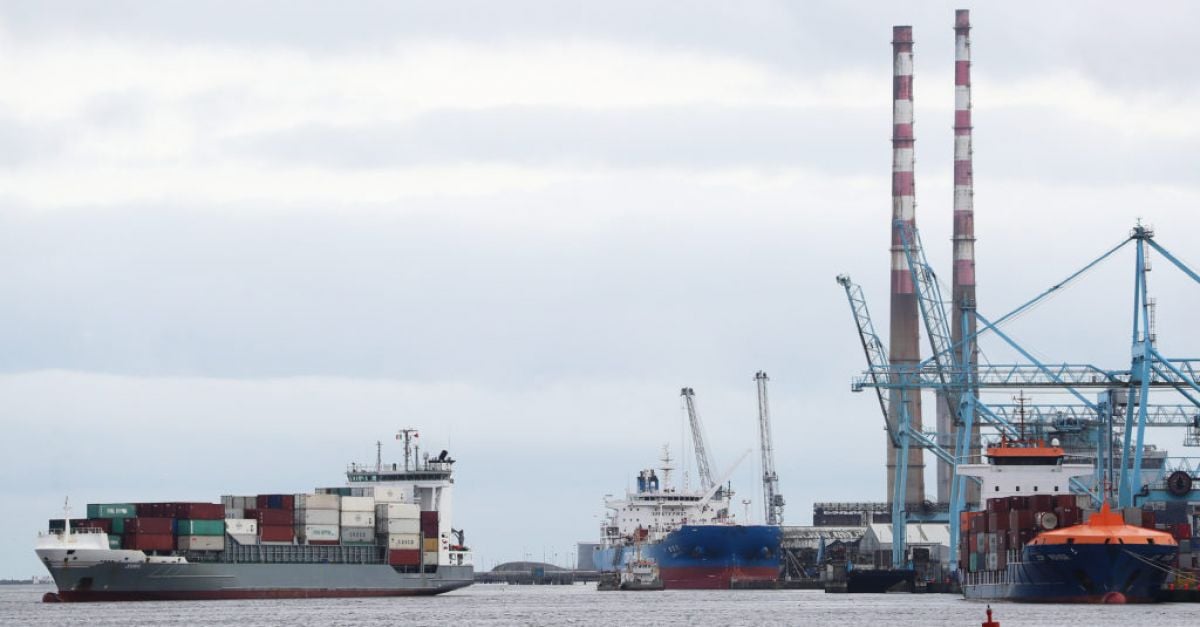 Dublin Port volumes largely recovered in the second quarter of this year, following a weak first quarter amid Brexit disruption.

After six months of the year, volumes are down just 2.1 per cent on last year according to Dublin Port Company. This comes after a decline in volumes of 15.2 per cent in the first three months of 2021 immediately after Brexit.

The second quarter recovery was aided by a 13.1 per cent increase to nine million gross tonnes in the port’s volumes for April, May and June, compared to the same period in 2020.

Unitised trade, comprising Roll-on/Roll-off (Ro‑Ro) and Lift-on/Lift-off (Lo‑Lo), accounted for 84 per cent of all cargo volumes in the quarter and the number of trailers and containers combined increased by 16.5 per cent to 374,000 units.

However, while volumes after six months are down by just 2.1 per cent compared to 2020, they remain 12.7 per cent lower compared to the record levels of 2019. Within overall volume figures, unitised trade is still 7.4 per cent lower than it was two years ago.

‘Not too bad a performance’

Dublin Port’s chief executive, Eamonn O’Reilly, said “the negative impact of the exceptionally weak start to the year post Brexit” is being reduced as each month goes by.

“In the circumstances, a decline of just 2.1 per cent after six months is not too bad a performance. However, we remain nearly 13 per cent behind where we were in the record year of 2019,” he said.

“The effects of Brexit on the pattern of trade through Dublin Port are now becoming clearer with very strong growth of 40 per cent on Ro-Ro and Lo-Lo services to Continental European ports, compared to a decline of 19 per cent on services with ports in Great Britain.

“As a result, our unitised volumes are now split 50/50 between GB ports and ports in Continental Europe. Before Brexit, GB ports accounted for almost two-thirds.”

Mr O’Reilly added that border inspections on imports from Britain are operating “very efficiently with no queueing or significant delays”.

“On average only three trailers are being called for some form of physical inspection on each ferry that arrives,” he said.

“While volumes on services from Holyhead are some way behind where they were last year, there are clear signs that the landbridge is being re-established and we anticipate the steady recovery we are seeing in GB Ro-Ro volumes to continue.”

Imports and exports of Bulk Solid commodities also grew by 22.3 per cent to 474,000 tonnes in the three months from April to June.

Meanwhile, passenger and tourist volumes on ferries also showed signs of growth with passenger numbers (including HGV drivers) ahead by 41 per cent to 125,000 and tourist vehicles up by 26 per cent to 30,000 in the second quarter.

Although volumes recovered strongly during the second quarter of the year, cargo throughput in the first half of 2021 is still behind where it was before Brexit and the pandemic.

The strong growth in the second quarter brings Dublin Port’s unitised volumes to 692,000 units for the first half of the year, 1.6 per cent ahead of 2020.