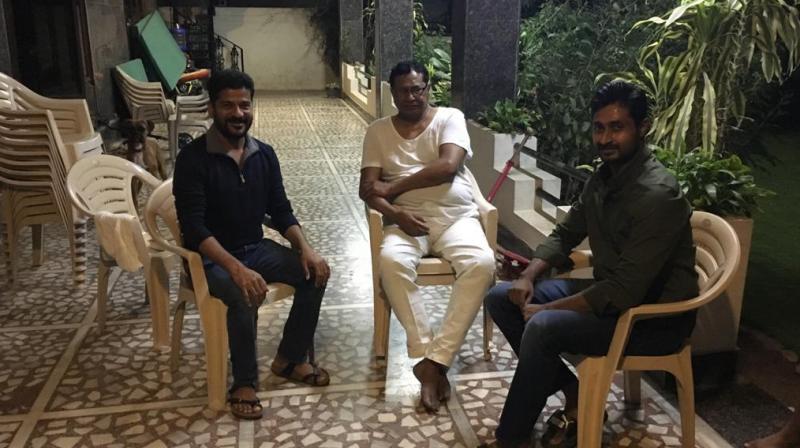 Hyderabad: The Congress hopes that the strong image of the new state party president Anumula Revanth Reddy as a staunch ‘anti TRS’ and ‘anti Chandrashekar Rao’ will help to polarise votes in favour of the party in Telangana.

The high command reportedly felt that only Revanth could match the popularity, aggressiveness, mass following, especially among youth and oratory skills, of TRS president and Chief Minister K. Chandrashekar Rao. These factors could take on the ruling party effectively in the 2023 Assembly polls and bring the party back to power in the state.

Revanth Reddy was a frontrunner for the TPCC chief post ever since the high command began the process of selection two years ago but the appointment was held up apparently due to the tough resistance from seniors in the party, namely Komatireddy Venkat Reddy, K. Jana Reddy, T. Jayaprakash ‘Jagga’ Reddy, V. Hanumantha Rao, D. Sridhar Babu, Mallu Bhatti Vikramarka and others.

The Malkajgiri MP will have a tough task to repair the Congress and lift the party up. Despite fulfilling the six-decade-long dream of statehood for Telangana in 2014, the party lost to the TRS. Since then, it has suffered a series of humiliating defeats at the hands of TRS until the recent Nagarjunasagar bypoll in April.

Worse, after the 2018 Assembly elections, a majority of Congress MLAs and MLCs joined the TRS, costing the party the main Opposition status in the Legislature. The Congress high command felt this was because of lack of a strong leader to match Chandrashekar Rao.

Revanth Reddy has been waging a battle against the TRS since it came to power in 2014. He was the Telugu Desam MLA from Kodangal, and filed several cases against the TRS government's decisions in courts and exposed several scams.

Recently, he launched a major campaign regarding a farmhouse allegedly owned by minister K.T. Rama Rao in Jhanwada on city outskirts built in violation of GO 111 which was issued to protect Osmansagar and Himayathsagar in Hyderabad.

Revanth Reddy used drone cameras to expose this. following which he was jailed. His case in the High Court is still pending.

Interestingly, Revanth Reddy was in the ABVP in his student days, but started his political career from the TRS as a Zilla Parishad Territorial Committee member in 2006. He quit the TRS and won the Legislative Council election as an Independent in 2008. He subsequently joined the TDP and won the 2009 and 2014 elections before becoming MP on a Congress ticket.

In May 2015, when still in the Telugu Desam, Revanth Reddy was caught by the ACB in a highly publicised incident when he allegedly offered a `50-lakh bribe to Elvis Stephenson, nominated MLA, to vote for the TDP candidate in the MLC polls. Revanth Reddy was jailed for a few weeks. The case is still pending.

A political career, full of twists and turns

Revanth Reddy was in the ABVP as a student, but started his political career from the TRS as a Zilla Parishad Territorial Committee member in 2006. He quit the party and won the Legislative Council election as an Independent in 2008.

Revanth Reddy subsequently joined the Telugu Desam Party (TDP) and won the 2009 and 2014 elections. He worked as working president of Telangana TDP from 2014 to 2017.

In May 2015, Revanth Reddy was caught by the ACB in a highly publicised incident when he allegedly offered a `50-lakh bribe to Elvis Stephenson, nominated MLA, to vote for the TD candidate in the MLC polls. Revanth Reddy was jailed for a few weeks.

The case is still pending.

All TDP MLAs at that time, except Revanth Reddy and two others, joined the TRS. He quit the party in 2017 ahead of Assembly polls and joined the Congress in October 2017. He was appointed working president in 2018. However, he lost his traditional seat in that election, with Chandrashekar Rao successfully planning out a strategy.

After joining the Congress, Revanth Reddy got elected as Lok Sabha member from Malkajgiri within six months, in May 2019. He has continued to protest against anti-people polices and alleged scams of the TRS government even in Parliament.

He recently completed a padayatra and once hit the headlines by breaking out of house arrest and turning up at Pragathi Bhavan, residence of the Chief Minister.

Revanth Reddy was born on November 8, 1969, at Kondareddypally of Mahbubnagar district. He is a graduate in Arts from AV College, Hyderabad. He was interested in politics since his school days.