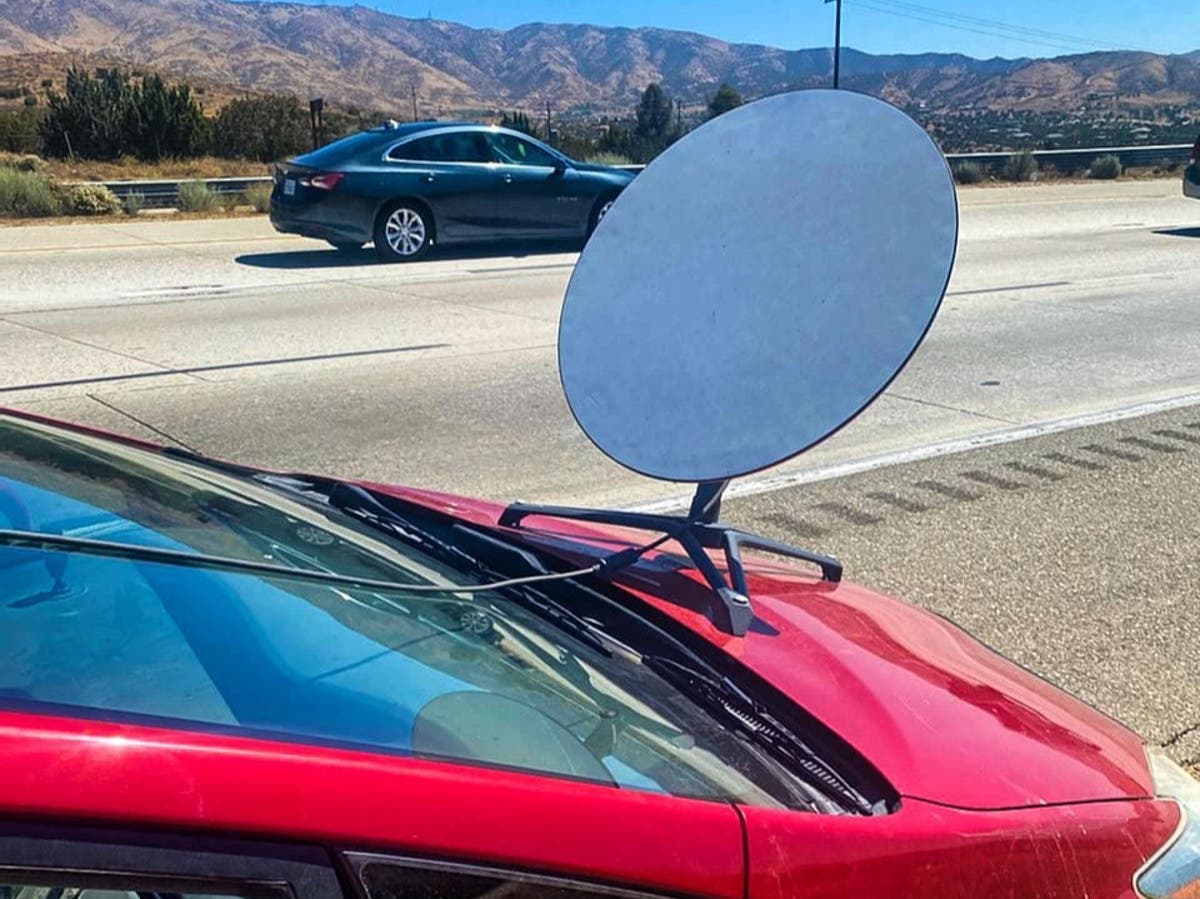 California Highway Patrol pulled over a driver who had attached one of SpaceX’s Starlink antennas to the front of his car earlier this month.

“Sir I stopped you today for that visual obstruction on your hood. Does it not block your view while driving?”, the officer asked the driver. “Only when I make right turns”, the driver replied.

The driver was using the satellite dish to receive wifi for a business they operate out of their car, CNBC reports.

The driver received a ticket for a moving violation, as the use of the dish violated 26708(a)(2) of the California Vehicle Code. SpaceX did not respond to a request for comment from The Independent.

Elon Musk had previously said that it seeks to develop Starlink so that it could operate on vehicles, aircraft, and ships.

However, the CEO had to later clarify that this was not to connect personal vehicles, including Tesla cars, as the terminal is too large. “This is for aircraft, ships, large trucks [and] RVs”, he said.

The terminals applied to vehicles will be slightly different to those available to customers, with specialised mountings, and limited communication to certain SpaceX satellites.

There are currently over 1,000 Starlink satellites in low-Earth orbit around the world, with users in the UK and US already signed up for early-access. SpaceX plans to build a constellation of up to 40,000 satellites over the next few years.

The system is running in a beta form, although it will probably move to its next stage in the summer.

“Service uptime, bandwidth & latency are improving rapidly. Probably out of beta this summer”, Mr Musk tweeted in April 2021. The change could mean more people will be able to sign up to the service, which currently has over 10,000 users.

In a subsequent post, Mr Musk said that it will also be “fully mobile later this year, so you can move it anywhere or use it on an RV or truck in motion.”