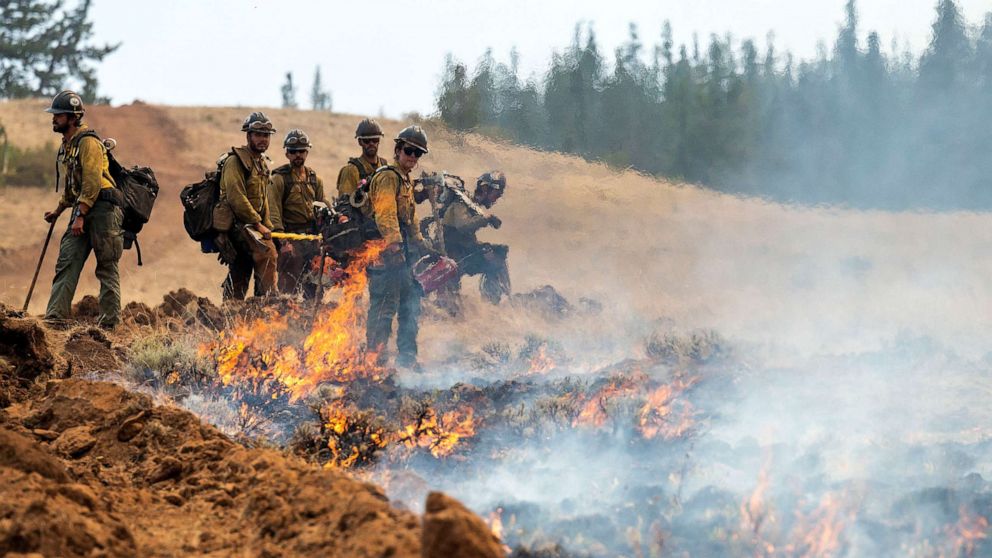 The already devastating wildfire conditions in the West are expected to worsen Wednesday as the region sees an increase of gusty, dry winds — which is fuel for fire.

More than 60 wildfires are burning across the West. Red flag warnings and heat advisories have been issued in Northern California, Oregon, Washington and Idaho.

Wildfire season has only just begun, but there are already 14,000 firefighters on the front lines.

In the Pacific Northwest, the Wednesday forecast showed winds gusting up to 35 mph, temperatures soaring near 105 degrees and relative humidity falling to 7%.

The Bootleg Fire in Klamath County, Oregon, is currently the nation’s largest wildfire, clocking in at over 212,000 acres, according to the U.S. Forest Service.

In Nespelem, Washington, all residents were evacuated as a wildfire caused by lightning raced across town, The Spokesman-Review reported.

In Madera County, California, local authorities have declared a state of emergency as the River Fire ravages the area. The blaze has covered 9,500 acres and is 28% contained, according to Cal Fire.

“The extreme heat and winds have proven to be challenging for not only fire personnel, but those working to support those efforts,” Sheriff Tyson Pogue said Tuesday. “This proclamation will provide much needed resources to support our community.”

The massive fires have sent smoke halfway across the country, reaching as far as the Upper Midwest and the Great Lakes. Air quality alerts have been issued from Colorado to Minnesota.