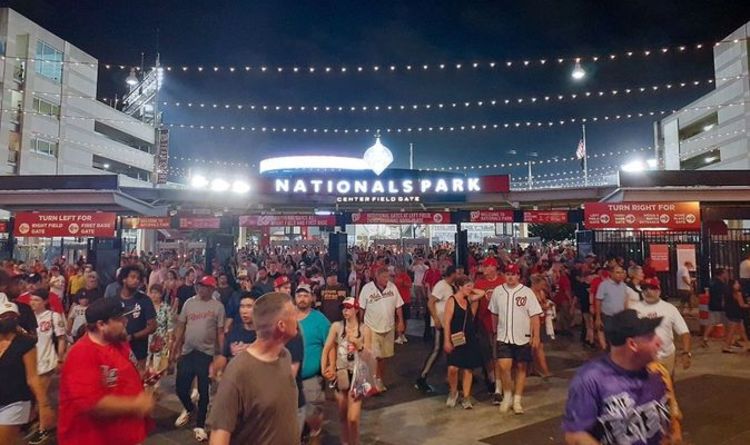 Mobile phone footage shared on Twitter shows nervous crowd members listening to instructions over the loudspeaker. They are told: “The action is outside the stadium.

“At this time we ask that you remain in the stadium.”

Separate footage, taken from an adjacent roof, shows dozens of people running away from the arena.

Police said shots were fired outside the stadium, near the third base gate, at 9.30pm EST on Saturday (1.30am GMT Sunday) as the Nationals faced San Diego Padres. 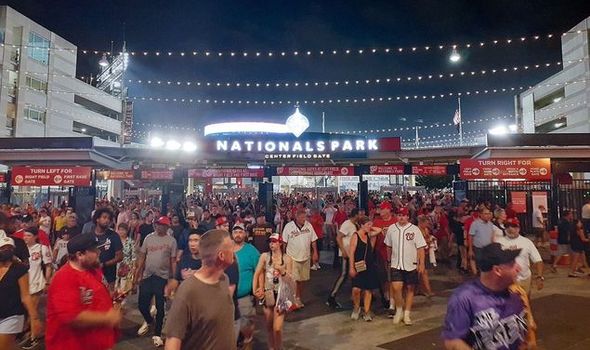 Hope everyone is safe at Nationals park. I heard a few loud bangs and then a mass exodus. View from my roof

DC Police Department said in a statement: “PD is responding to a shooting in the 1500 block of South Capitol Street, SW, in which two people where shot outside of Nationals Park.

“This is currently an active investigation and it appears there is no ongoing threat at this time.

“Two additional victims associated with this incident walked into area hospitals for treatment of gunshot wounds. MPD is on scene and actively investigating at this time.

“As a result of the shooting incident, tonight’s game has been suspended.”

Reports of an active shooter near Nationals Park in D.C.

Fans are taking cover under the seats, some running into the dugout to hide

I’ll update as the situation unfolds

A woman is understood to have been shot.

There are no updates as to whether the shooter as be taken into custody.

The Nationals confirmed the postponement, releasing a statement on Twitter.

“Tonight’s game has been suspended in the bottom of the sixth inning due to an incident surrounding Nationals Park,” it said. 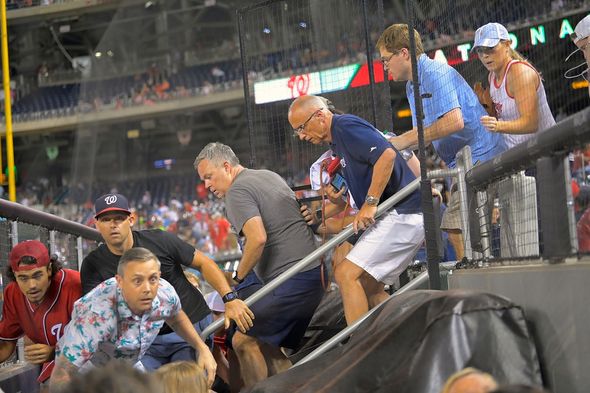 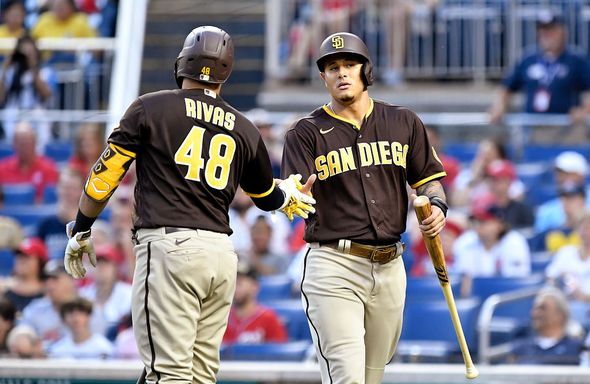