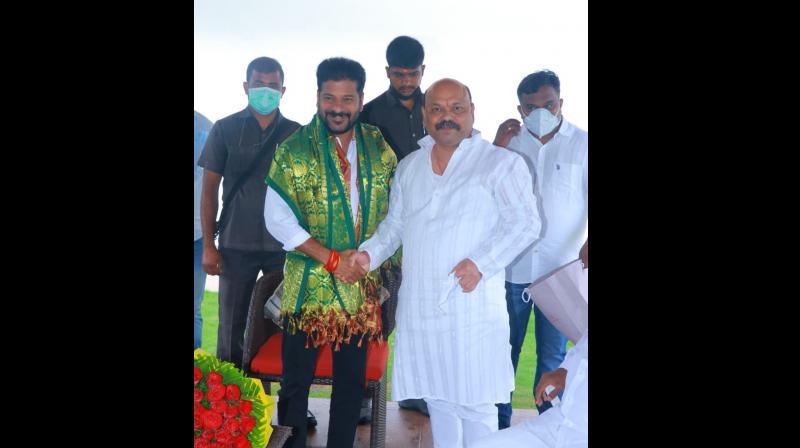 Nizamabad: Former Nizamabad mayor D. Sanjay is all set to join the Congress. He will resign from the TRS soon. His elder brother Arvind is the Nizamabad MP from BJP, and his father D. Srinivas is a Rajya Sabha member from the TRS.

Sanjay, maintaining a low profile for the last few years, met TPCC president Revanth Reddy and expressed his willingness to join Congress. Sanjay was the first mayor of Nizamabad municipal corporation from the Congress party, who held the post from 2005 to 2010. He followed his father’s footsteps and joined the TRS.

It is believed that Sanjay is aspiring a ticket from Nizamabad Urban or Armoor in the 2023 Assembly elections. Congress leaders in Nizamabad district expressed happiness over the decision.

Congress leaders and activists are meeting Sanjay for the last two days. They expressed support for him. Sanjay will formally join the party at a public meeting soon, Congress sources said.