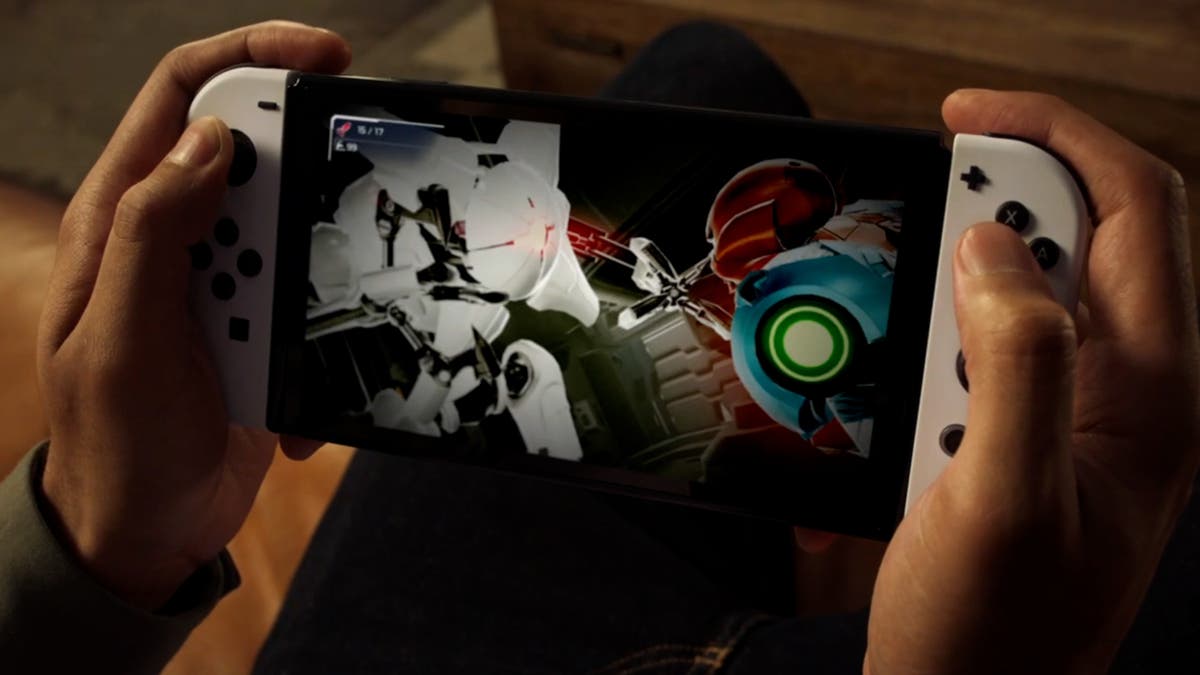 Nintendo has announced a new version of its Switch console.

The Nintendo Switch OLED features updated screen technology as well as a range of design tweaks.

As well as featuring OLED technology – which is intended to give better image quality as well as less drain on the battery – the display is also slightly larger, at 7-inches compared with the original switches 6.2-inches.

Nintendo also says the new Switch will have “enhanced audio”, as well as a wired LAN port for connecting to the internet.

The new version of the console is roughly the same size as the existing Switch, Nintendo said, despite its larger screen and additional features.

It also has 64GB of internal storage, Nintendo said. And the stand will also be improved, to make it more sturdy as well as to add more angles to allow it to be used in “tabletop mode”.

The new version of the console will be released on 8 October, the company said. It will be sold for $349.99 in the US, but the UK version of Nintendo’s site did not give a price.

It will come in two options: one with a white dock and controllers, and another with red and blue neon ones like the original version.

The original Nintendo Switch was released in 2017, to critical acclaim. Two years later came the Nintendo Switch Lite, which did away with the hybrid features so that it can only be played as a portable, rather than plugged into the TV.

For years, the console has been surrounded by rumours that Nintendo is planning a “pro” version of the console. While the company did not use the word to describe the OLED version, it is possible that the rumours had been referring to the development of the newly announced update.

But the OLED version does not include a range of features that had been rumoured to be coming in the Pro, including an updated processor and 4K video on TVs.

As with many other console manufacturers, Nintendo has been hit by problems with manufacturing, especially in the creation of computer chips. That may have been some of the reason behind the delay – and could also lead to difficulties getting hold of the console when it does finally launch.

Nintendo has also faced criticism over “Joycon drift”, where the controllers over time start to point in the wrong directions. The most popular comment on its announcement video pointed out that the company had not addressed those concerns.