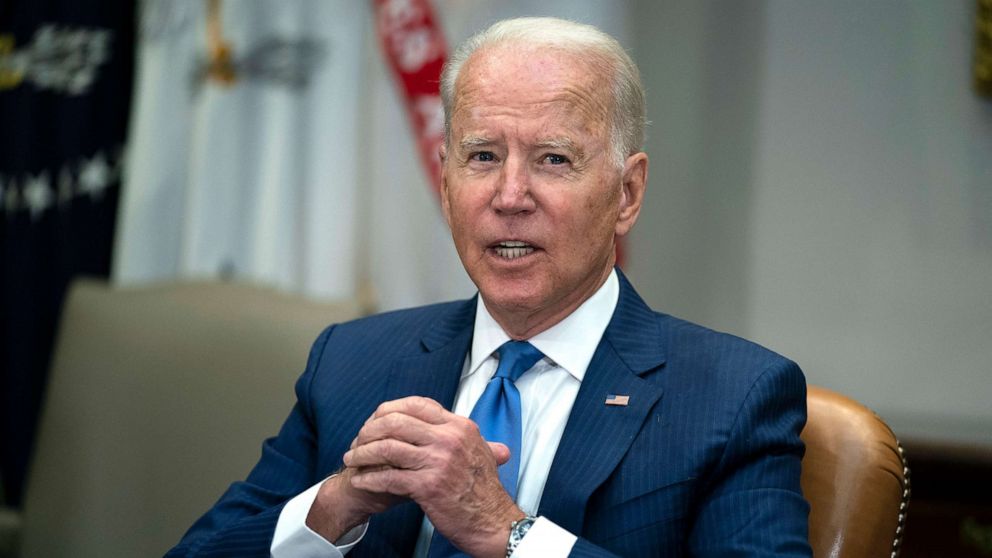 The Democratic lawmakers who ditched Texas for Washington in advance of Tuesday’s legislative session would love to convince Republicans to change their minds and shelve new voting restrictions.

So would President Joe Biden, who is headed to Philadelphia to stake a fresh claim to an issue his White House is framing as central to democracy.

But their most important intended audience remains inside their own party. It may even be directed at as few as one or two senators in particular — a certain very small group of lawmakers who say there’s no scenario under which they will vote to change filibuster rules.

Tuesday is shaping up as a momentous day in the battles over voting rights that have consumed so much of the year. A day where Atlanta won’t host baseball’s All-Star Game because of Georgia’s voting-rights law, features a legislative boycott in Texas in addition to a major presidential speech, where Biden plans to tie the “big lie” about the last election to GOP efforts to influence future ones.

Republicans are livid over what they see as an abdication of responsibility by Texas Democrats. The Democratic messaging is more interesting: They are cheering on their own with words like “bold” and “courageous” — and saying they hope state lawmakers’ actions serve as an example heard in Washington even more than Austin.

“They are leaders who are marching in the path that so many others before did,” Vice President Kamala Harris said Monday.

At the end of this or however many days the lawmakers stay out of Texas, Republicans will still almost be in a position to change the state’s voting laws.

The now-more-urgent question for Democrats is whether they can make any changes of their own at the federal level, while they have power in Washington if not necessarily enough votes.

Sen. Bernie Sanders, I-Vt., has run for president twice casting himself as an opponent of the Democratic establishment, but these days the progressive standard-bearer appears to be navigating its ranks as the focus on Capitol Hill turns to infrastructure.

Sanders, who is the chairman of the Senate Budget Committee, is crafting the infrastructure plan that will feature many of the “human infrastructure” items that were nonstarters in bipartisan negotiations.

His plan is expected to be fast-tracked via budget reconciliation, the process that enables Democrats to go it alone without Republican support.

Sanders had an unannounced meeting with Biden on Monday to discuss his plan. Sanders’ initial proposal came with a hefty $6 trillion price tag and seemed unlikely to garner the support of moderate Democrats.

“I’m going to fight to make that proposal as robust as it can be and I think, quite frankly, a strong majority of the members of the Democratic caucus want to go as big as we possibly can,” Sanders said.

But the senator doesn’t need “a strong majority” of Democrats, he needs every single one to get it through. It means the Democratic socialist will likely have to compromise on just how big his plan will be.

California Gov. Gavin Newsom will not be able to label himself a Democrat on the upcoming recall ballot after a judge ruled against him Monday.

Officials on his team, when responding to the recall petition last year, failed to say that he’d like to include his party affiliation. Newsom asked Secretary of State Shirley Weber, one of his appointees, to include it but when she denied his request, the governor’s team took it to court.

“Governor Newsom argues that unique circumstances attending his untimely party designation support an order excusing the noncompliance,” the judge wrote in reference to Newsom’s slip up, but “the court is not persuaded.”

Newsom has the advantage heading into the Sept. 14 recall election, and Democrats don’t seem to be deterred from the ruling, especially since Newsom has no fundraising cap. Friday will bring the official filing deadline for any candidate wishing to appear on the ballot — and at least 65 hopeful Californians have filed a statement of intention to run.

Former Trump attorney Sidney Powell and her legal team clashed repeatedly with a federal judge Monday during a hearing to determine if sanctions are warranted against her and other attorneys who filed a lawsuit in Michigan based on false claims of election fraud in an unsuccessful attempt to overturn the results of the 2020 election. https://abcn.ws/2T5hdh4

ABC News’ “Start Here” podcast. Tuesday morning’s episode features ABC News Deputy Political Director Averi Harper, who explains why Texas House Democrats are fleeing the state in order to block a controversial voting bill. Independent documentary filmmaker Reed Lindsay checks in from Cuba, where thousands have taken to the streets to protest economic conditions. And ABC News Chief Business and Economics correspondent Rebecca Jarvis explains why businesses large and small are grappling with whether to bring employees back into the office. http://apple.co/2HPocUL

FiveThirtyEight’s Politics Podcast. The 2022 midterm elections will decide whether President Joe Biden will still have congressional backing during the final two years of his first term. Only twice since the Great Depression has a newly elected president’s party gained seats in the House at the midterms. In this installment of the FiveThirtyEight Politics podcast, the crew discusses which indicators are worth watching to get a sense for how the parties will perform in the 2022 elections. They also ask whether a recent Gallup poll reporting that a record number of Americans say they are “thriving” is a “good or bad use of polling.” https://53eig.ht/3kcpTxk