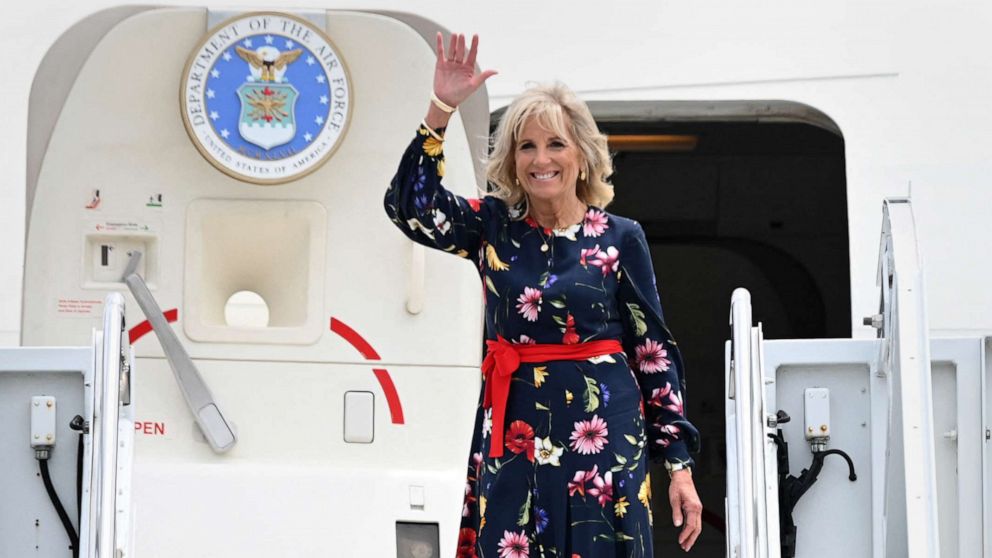 First lady Jill Biden will attend the opening ceremony of the Summer Olympics in Tokyo, Japan, on July 23, according to her office.

The Summer Olympics were supposed to kick off in Japan’s capital last year on July 24 but were postponed due to the coronavirus pandemic and are now scheduled to take place from July 23 to Aug. 8. Despite the year delay, COVID-19 continues to rip through the country, mudding up the games with controversy and calls to cancel.

To address some of those concerns, organizers unveiled a series of “playbooks” with new rules and guidelines for how they plan to hold a safe and successful competition in Tokyo this summer amid the pandemic. The rules include a ban on spectators, a ban on cheering, mandatory COVID-19 testing, a quarantine period and more.

It’s unclear if members of delegations like the first lady will have to follow the same rules as other spectators.

White House press secretary Jen Psaki said last month that the president would not attend the Olympics, but would send a U.S. delegation, as has been tradition.

“He will certainly be rooting for the athletes,” she said. “We will have a delegation from the United States, as we have historically had. But we will continue to also convey the public health guidelines and guidance that we’ve been — we’ve been delivering out there about only essential travel.”

Tokyo entered its fourth state of emergency due to COVID-19 last week, imposing restrictions that will last through the games.

Amid the surge, asked last month whether the first lady would attend, President Joe Biden said they were working on it.

“Well, we’re trying to work that out now,” he told White House reporters as he departed for a trip to Wisconsin. “That’s the plan.”

In 2010, under then-President Barack Obama, the Bidens led the U.S. delegation to the Winter Games in Canada.