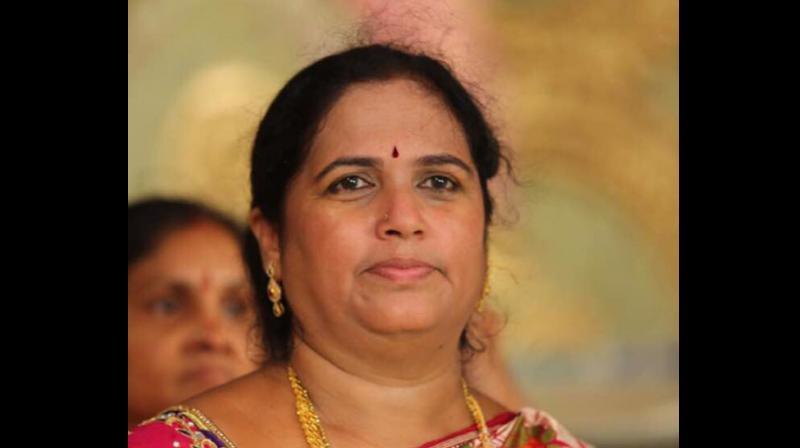 VISAKHAPATNAM: Former Telugu Desam MLA Sobha Hymavathi Devi, who had also been president of TD Women's wing of united AP, has quit the party on Saturday after serving TD in various capacities for nearly 22 years.

Incidentally, in a formal letter sent to TD national president and former chief minister N. Chandrababu Naidu, she has also tendered her resignation from all party posts.

"The party has not given me importance in any political or party activities since last few years. Since my services are apparently not required by the party, I feel I have taken the right decision," the former MLA maintained.

Speaking to Deccan Chronicle, Sobha Hymavathi said, "I have not yet taken any decision regarding my political future. I will consult my followers and family before announcing my future plans shortly through proper channels,” she remarked.

She had been elected MLA from S. Kota in Vizianagaram district in 1999. She was one of the key leaders of Telugu Desam in united AP. She had also been jailed for her protests against bauxite mining in north coastal Andhra Pradesh.

Sources revealed that she has already prepared the ground for joining YSR Congress and will soon be meeting Chief Minister Y. S. Jagan Mohan Reddy.
Her daughter Swathi Rani had joined YSRC in 2019 itself.