Good mood to everyone, and we have another homemade product here. The son grew up, 12 years old, and decided that he would also invent, so now we invent everything in co-authorship. So if there is any jamb, it means it's not me, but my son screwed up. So, we decided this year to go on vacation to the Crimea by car. We did not choose a specific place of rest, we will ride wherever we like, and we will spend the night there. But we will definitely swim and sunbathe a lot. And so you need a beach umbrella. We rummaged in the dacha pantry and found one, 2 * 2 meters, on a powerful folding leg. What you need. But, as we thought of the highest category, we thought that the umbrella would fly away from the wind, which is in bulk at any seaside. And we decided to come up with an adaptation so that the umbrella would not fly away, and so that it could be mounted easily and quickly, and so that it was light, and so that it was easy to dismantle. Well, of course, to make this adaptation it was possible from what is at hand in the country.
So, after searching, viewing, arguing, we decided to make the most simple device UFZ-1. Umbrella fixing device, version 1. I'm sure there will be many more versions, we have just started.
In a nutshell: fittings, a pipe is welded to it. We drive the reinforcement into the sand with a stone, insert an umbrella into the pipe. Actually, it’s not easier and more efficient to invent.
Looking ahead, after testing it became clear that it was necessary to cut a thread in the pipe to fix the position, otherwise the umbrella would turn with the wind.
Begin. A muffler was found under the house in a warehouse of iron, I don’t remember from which car. Naturally, he came up in diameter almost exactly. There is trouble with fittings, no, and nothing like that either. But there was a pick made of fittings. A short meeting, and we decided to donate a pick in the name of Crafts.
New ambush: the grinder has broken down. Yes, you can't buy a grinder in our Sinyavino. It was decided to cut off the iron by welding. Then everything is simple. Cut off part of the muffler. We cut off part of the reinforcement. We weld them together so that the reinforcement 40 centimeters is driven into the sand, and a free piece sticks out from above so that you can pound on it with a stone without damaging the pipe.
During the welding process, I had to experiment a little. The electrodes were only 2 mm, you can cut them like that. For cutting, we set the maximum current, 120 A. But we also had to test a thin muffler with fittings, 30 And that's it. After assembly and testing at their summer cottage, we decided to test the Product at a local pond.
Let's go to the pond to test an umbrella

Everything works fine! You can go to Crimea! 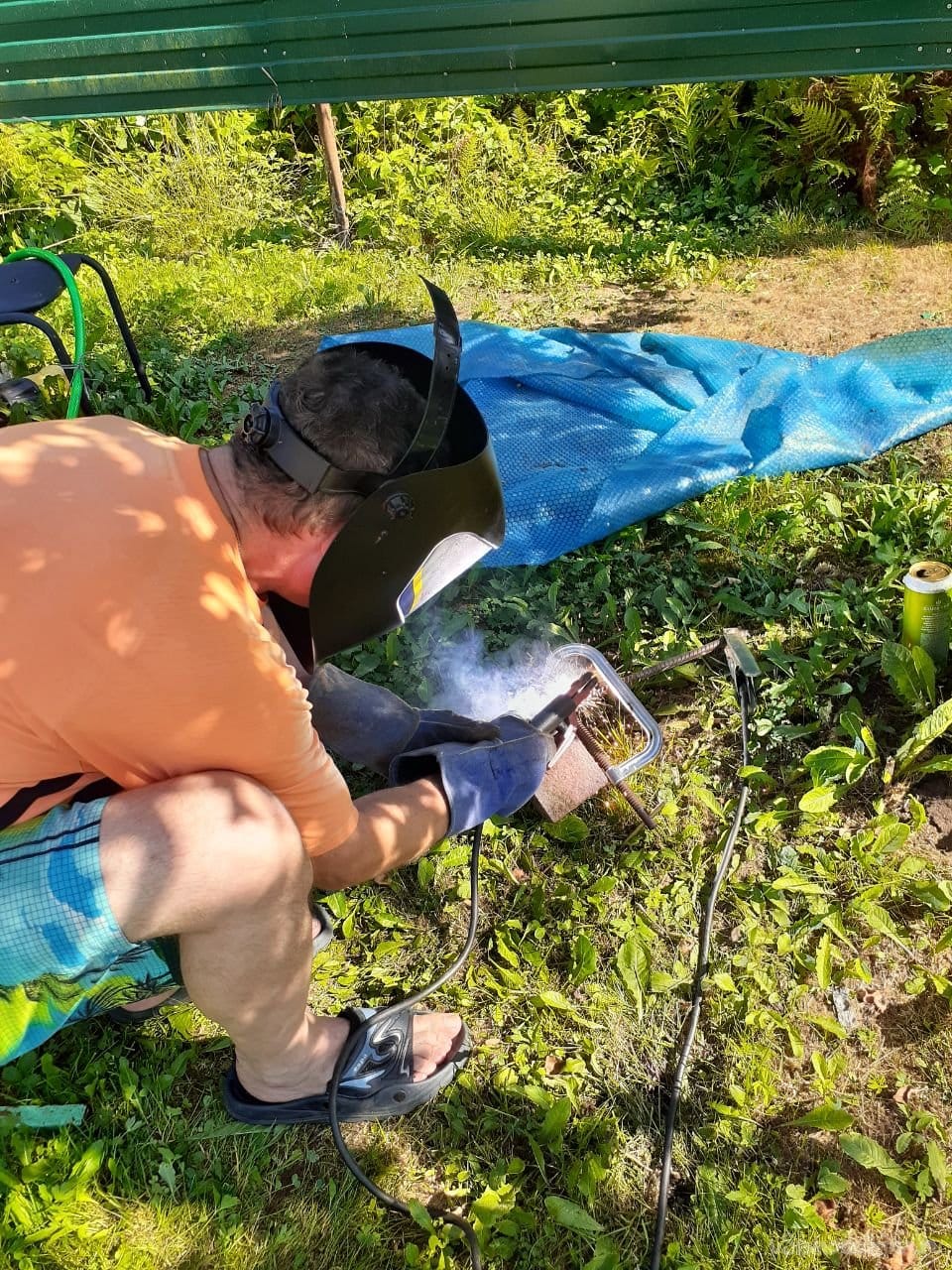 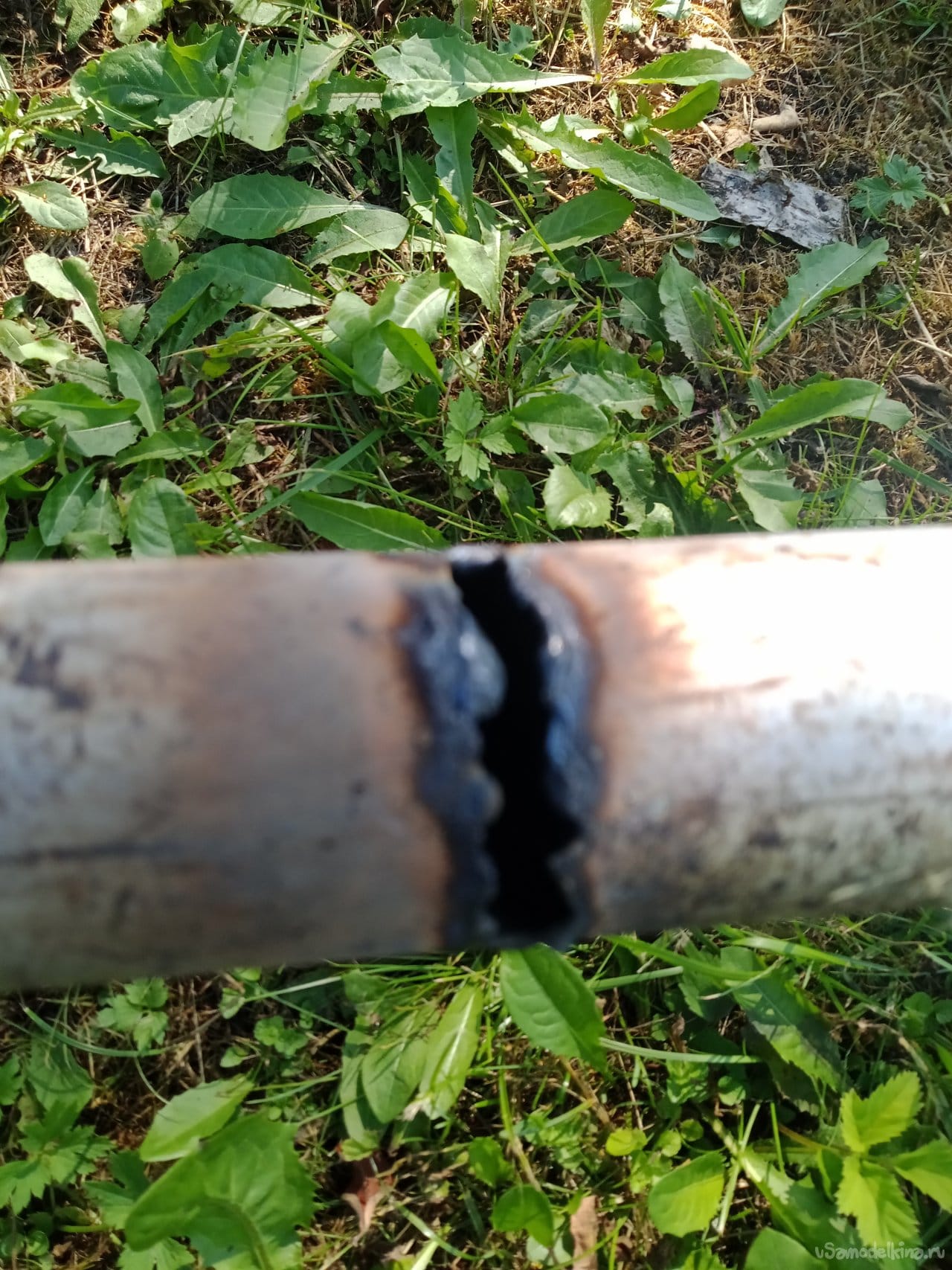 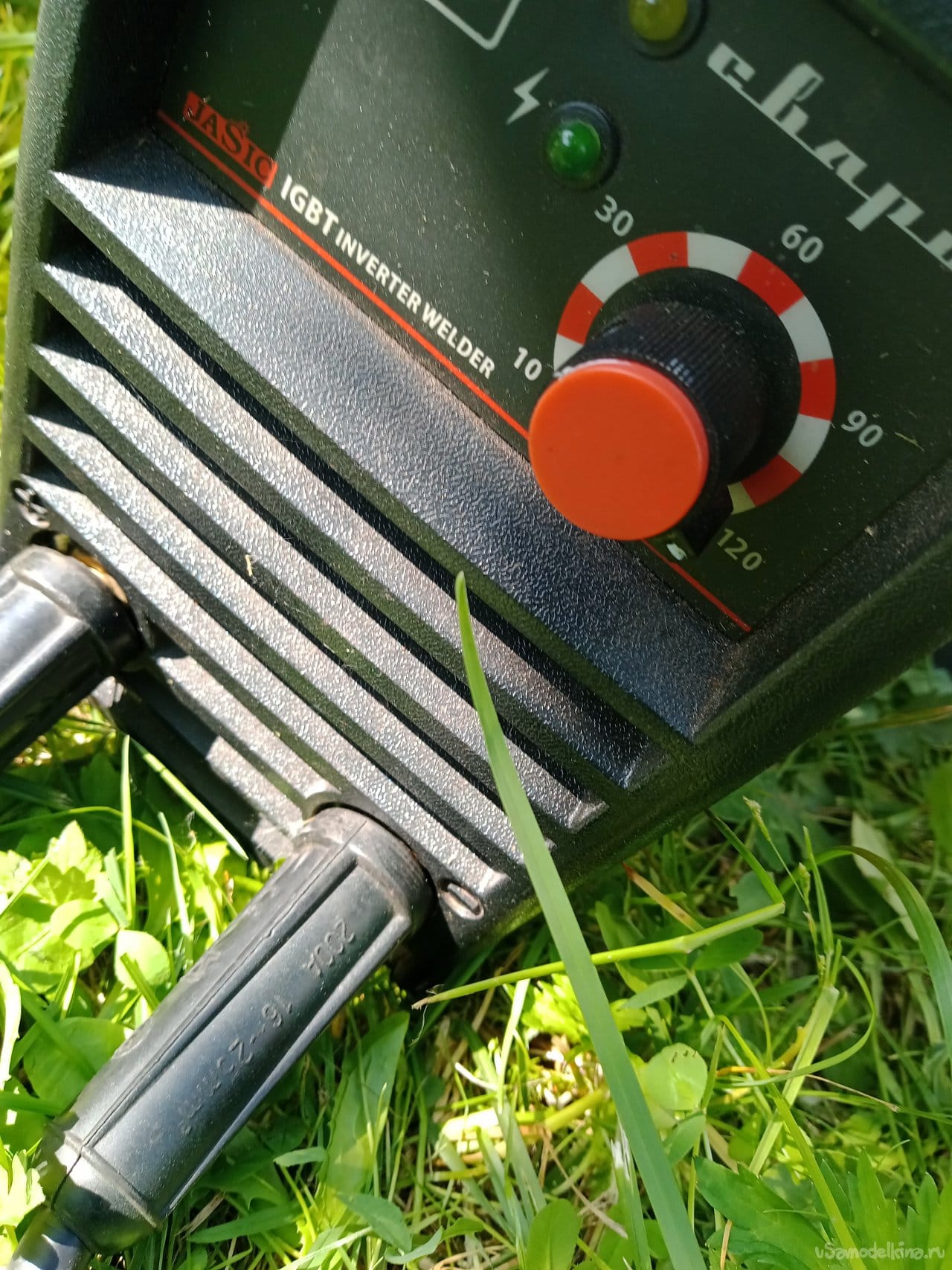 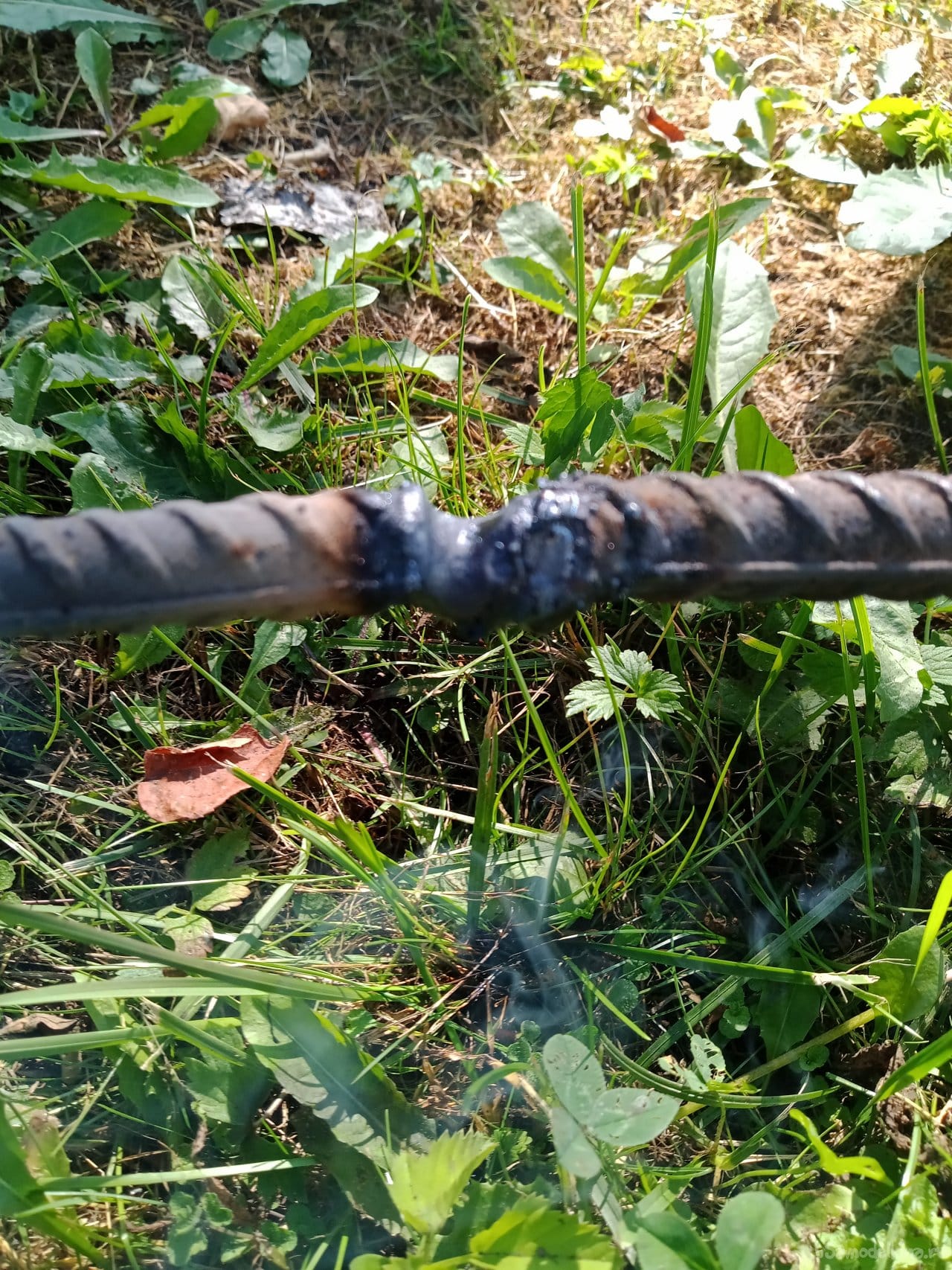 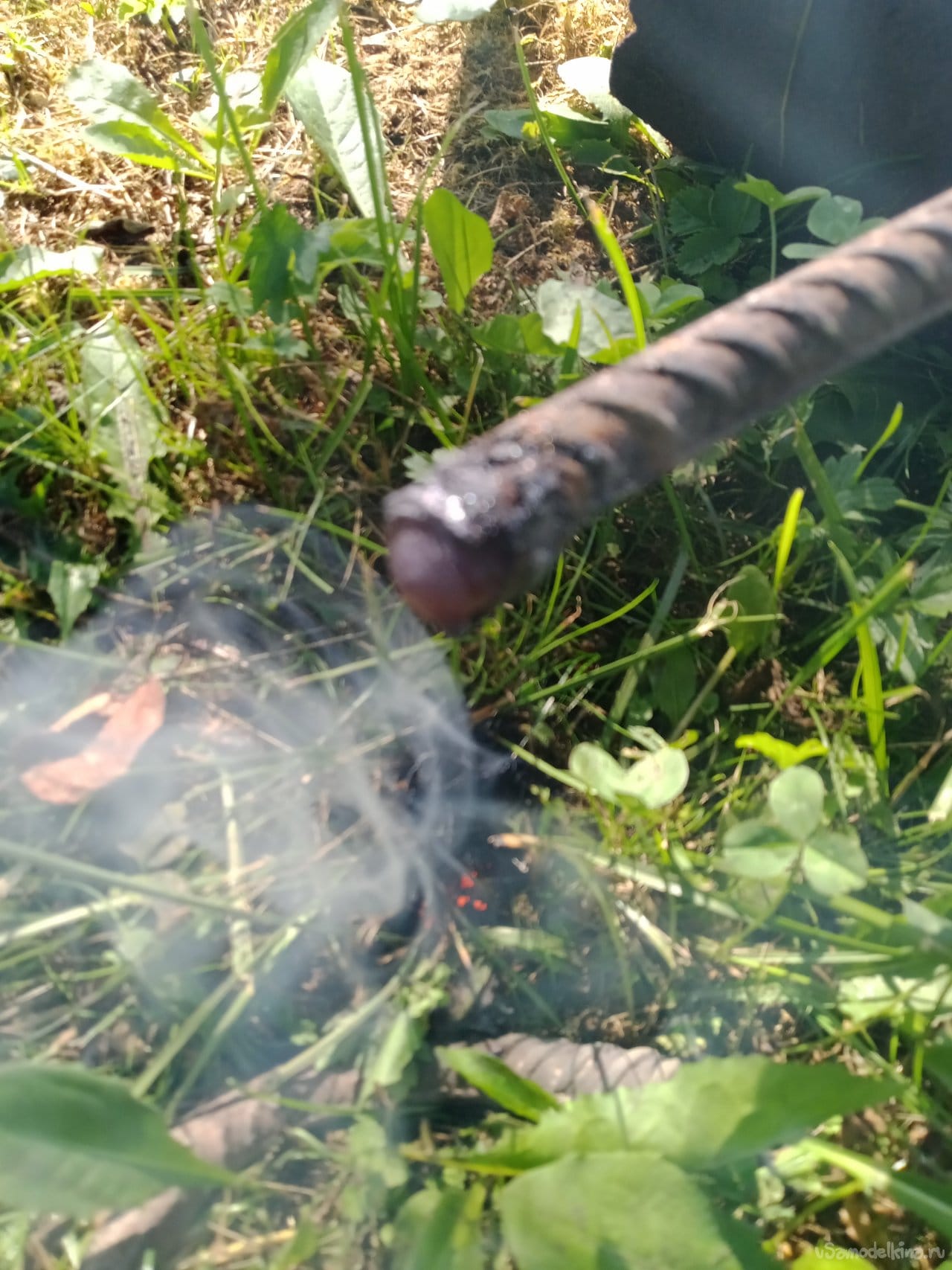 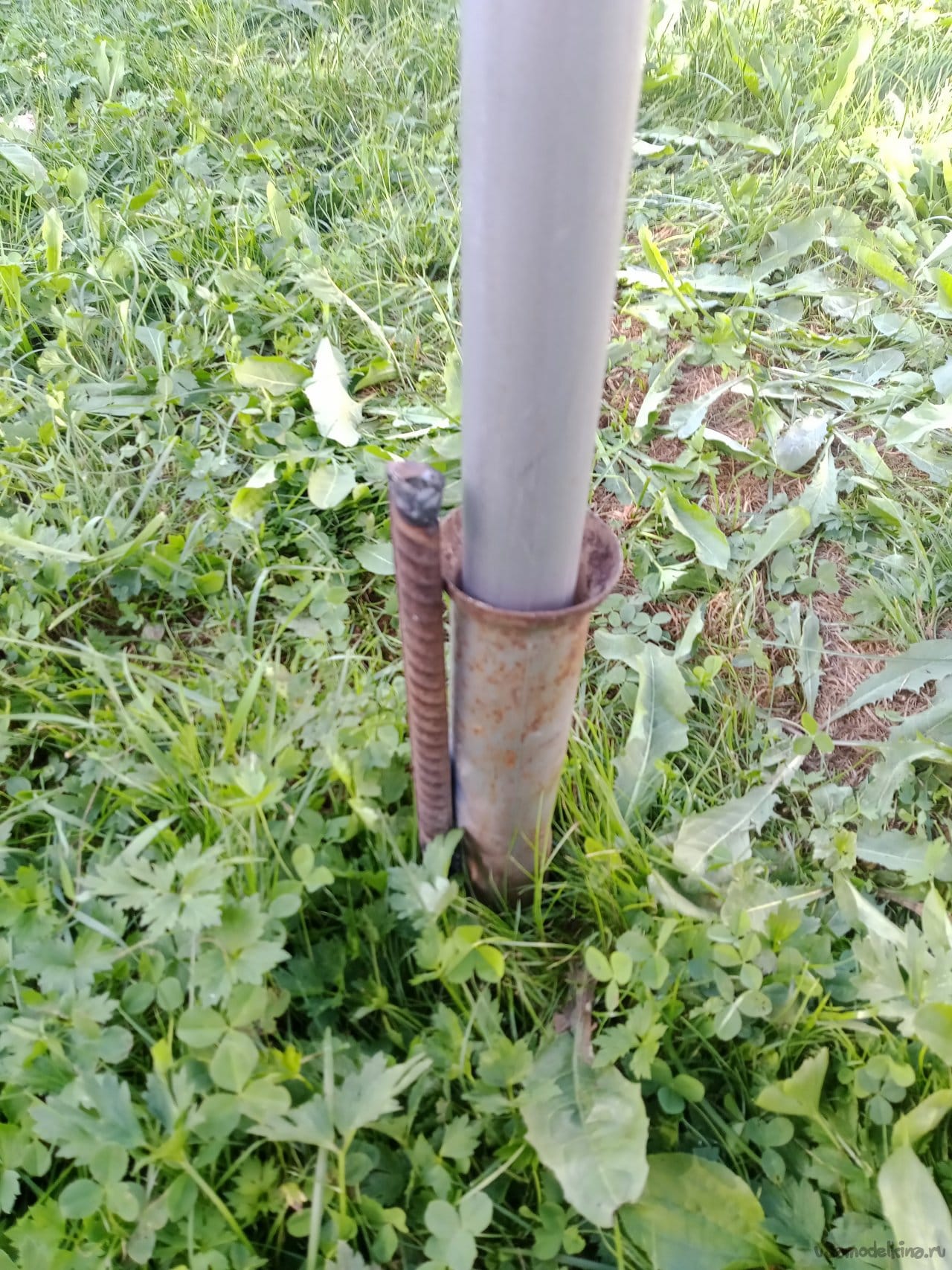 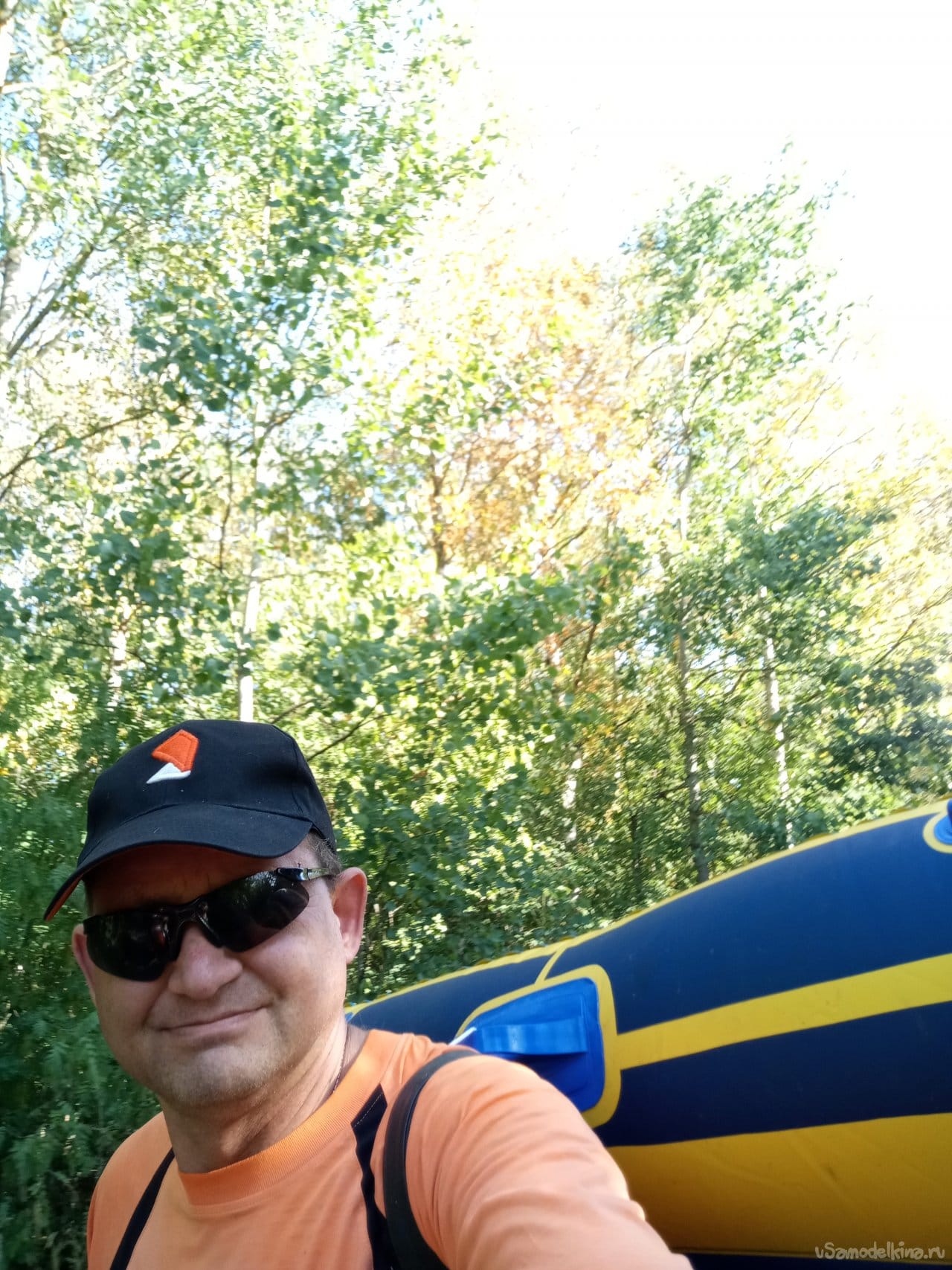 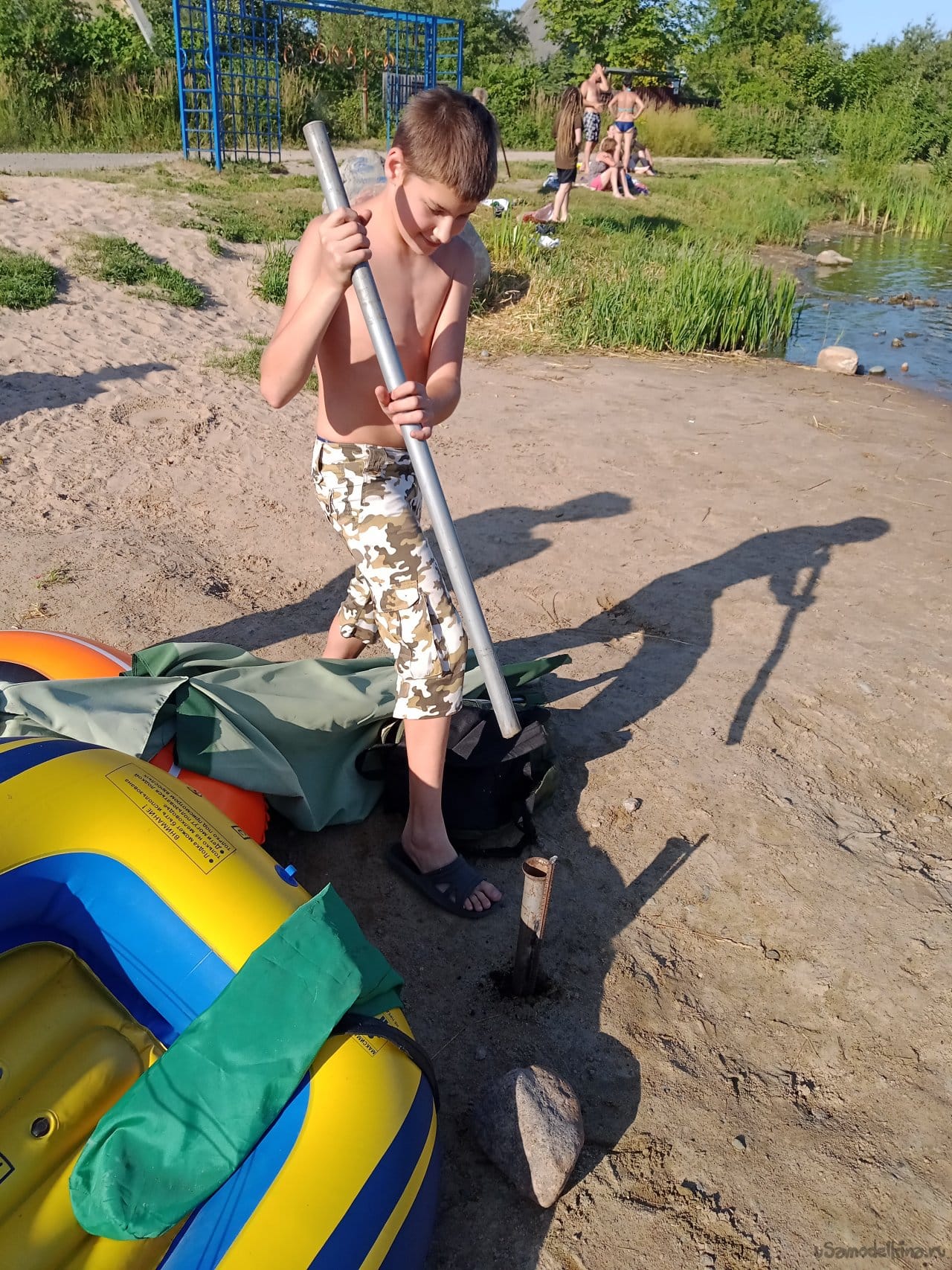 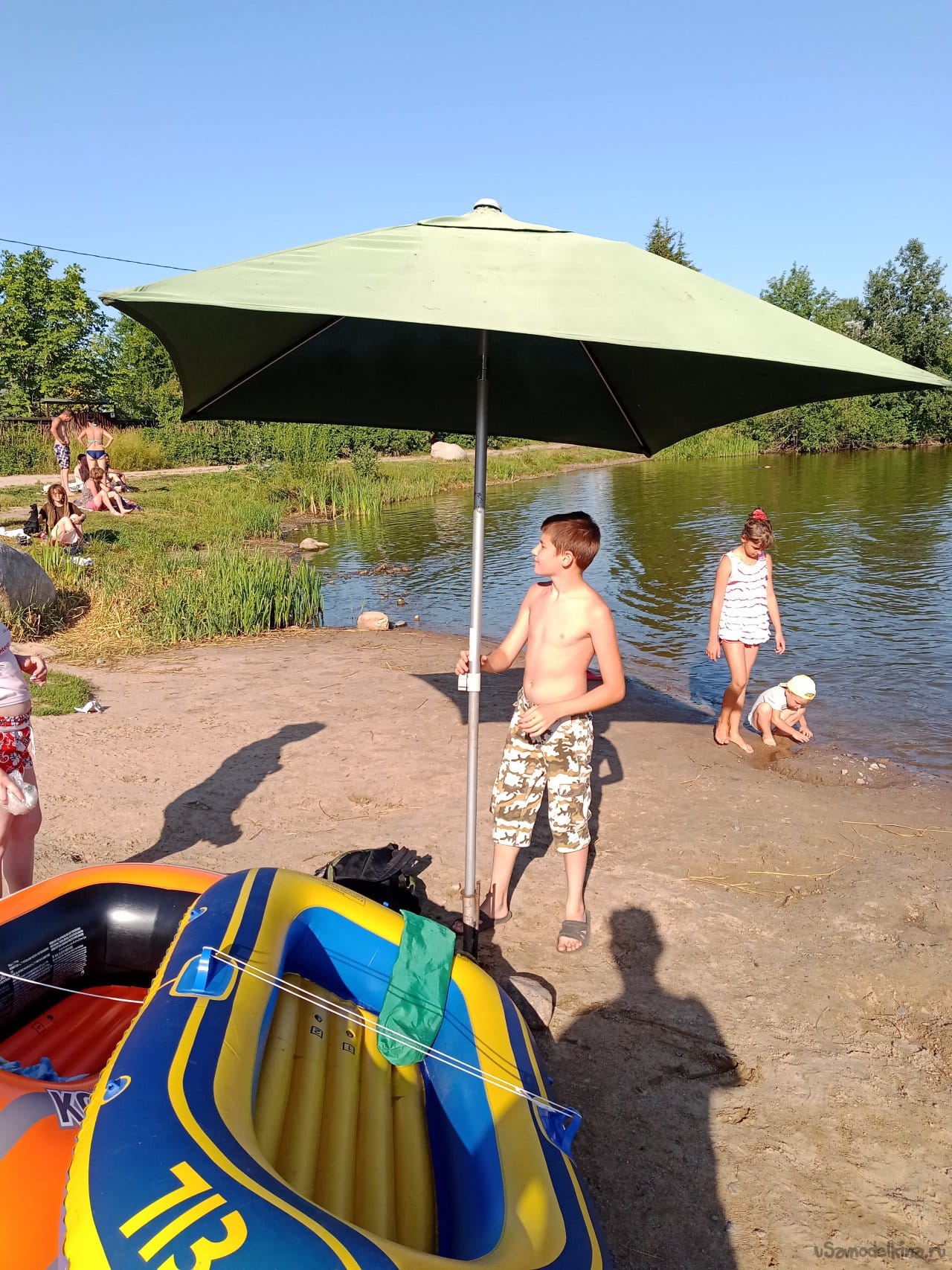 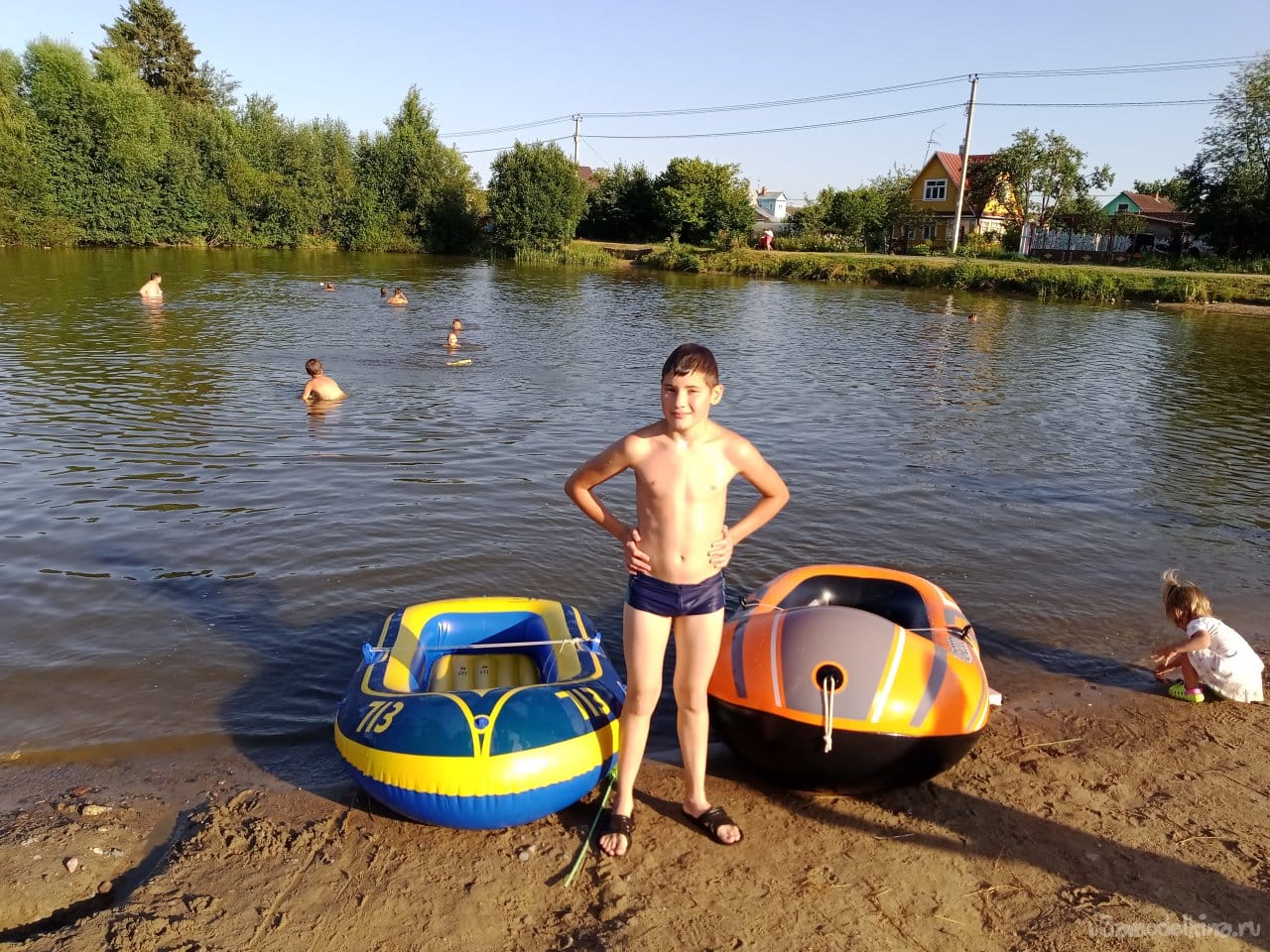 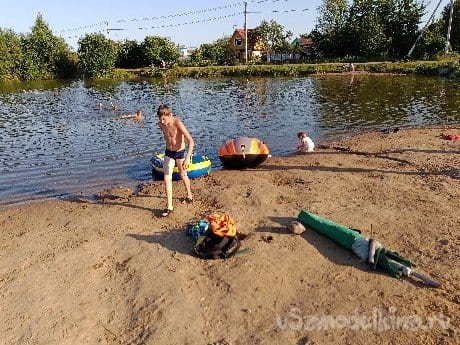 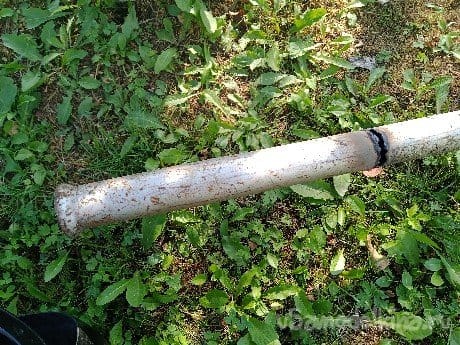 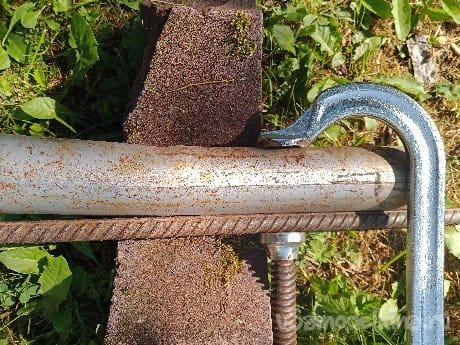 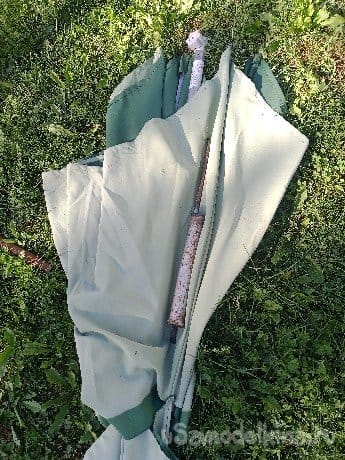 I will sell this homemade product or make it to order. Email me or leave comment to discuss details.
Source: