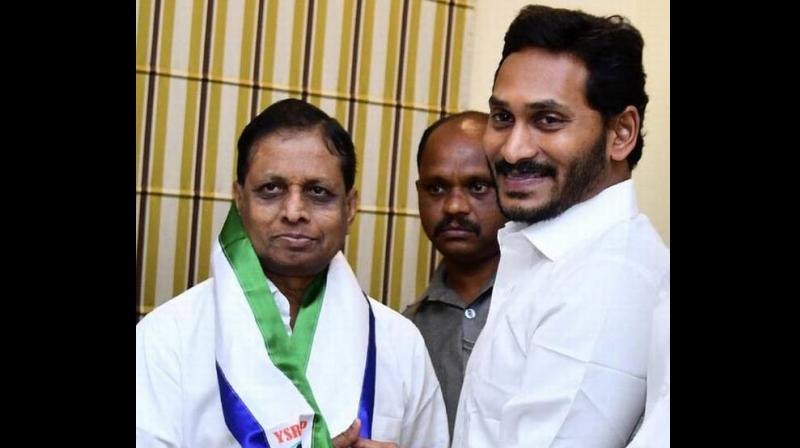 Visakhapatnam: Top leaders of the YSRCP rejected the offer of nominated posts that were announced across the state on Saturday. Rumours of the continuation of Sukumar Varma as Visakhapatnam DCCB chairman made rounds till Friday evening, but his name was dropped at the last minute after Varma refused to name his wife in his place.

Varma, son of Elamanchili MLA and senior political leader UV Ramana Murthy Raju, said it was not tradition for the women in his family to step out of homes and do politics.

“The idea of reserving half the nominated posts for women is a good and noble idea. But in most cases, I found it was their husbands who performed their duties, defeating the very purpose for which they were appointed,” Ramana Murthy Raju told this newspaper after the announcement of the list.

Dadi Ratna Kumar, who was tipped to become State Grandhalaya Samstha chairman, rejected the offer but he did not cite any reason. His close associates said Ratnakar was aiming at representing in the Council or Assembly and was ready to wait until then. He, along with his father Dadi Veerabhadra Rao, a former minister in the NTR Cabinet, did contribute immensely in the 2019 elections and Chief Minister Y.S. Jagan Mohan Reddy acknowledged their contribution at an open forum.

Former MLA Tynala Vijay Kumar's name also made rounds for the post of chairman of Visakha-Kakinada Petro Region Development Corporation but the leadership offered the post to his wife. Vijay Kumar immediately rejected the offer.