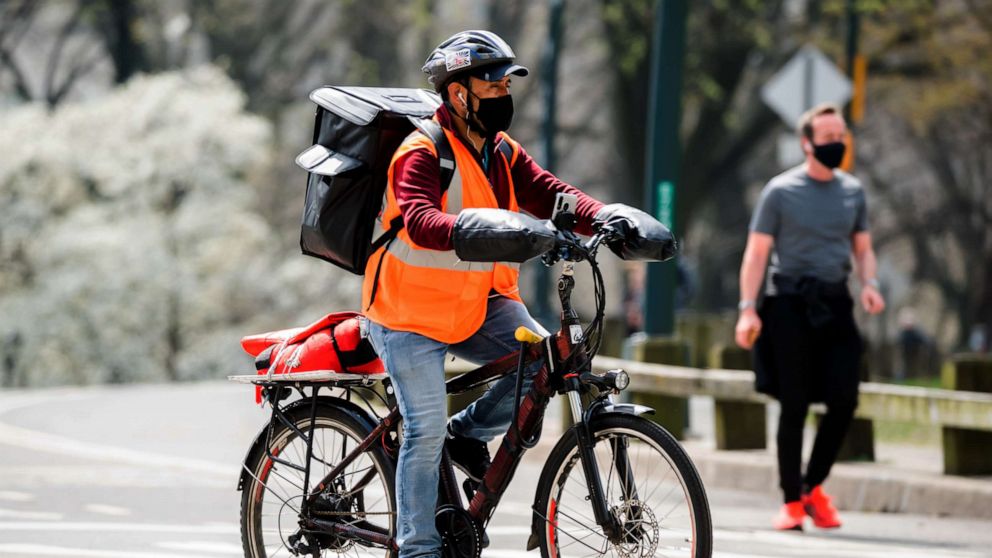 COVID-19 restrictions were designed to stem the tide of the biggest public health crisis in 100 years.

As the virus began to recede with mass vaccination, many of the most burdensome were relaxed or dropped altogether.

But there was at least one that many states, and their businesses, were more than happy to keep.

Thirty-nine states and the District of Columbia had special provisions in place during the pandemic that allowed restaurants and bars to deliver alcohol orders to their customers.

“Many restaurants are alive today because of cocktails to go,” he told ABC News.

All but 11 of those states have kept their alcohol to-go rules in place following the end of their governors’ emergency orders. Economic and political experts say those states that are on the fence should consider following suit if they want to ensure a stronger post-pandemic future for their restaurants.

Although most states have relaxed their limits on indoor capacity for businesses, restaurants and bars are still relying on takeout customers to improve their revenues, Whatley said. Restaurants still haven’t regained 1.5 million jobs lost before the pandemic, a 12% loss, according to the National Restaurant Association.

Nearly two-fifths of restaurant owners said they still can not afford rent, according to statistics from the association.

“Until every single person feels comfortable eating in a restaurant, we’re not going to be back to normal,” Whatley said.

Massachusetts state Sen. Julian Cyr told ABC News that his state’s temporary cocktails to-go rule was fully embraced by residents and business owners, so there was no question to extend it. Cyr introduced a bill that passed in the legislature extending the rule until May 2022.

“I think broadly we realized this was an industry that was really hurt and we wanted to do something,” Cyr told ABC News.

The senator, who previously worked a restaurant, said alcohol regulation is one of the toughest hurdles that business owners have to cross in Massachusetts and other states, since they have to get approval from both their local and state liquor authorities.

“I think more broadly, this is an industry where we don’t provide enough state investment from government,” Cyr said.

Kajal Lahiri, a distinguished professor of economics at SUNY Albany, told ABC News that alcohol laws in states have been linked to more conservative beliefs on drinking, such as no sales before noon on Sundays.

Lahiri contended that changing those laws, even for something as economically beneficial as cocktails to go, isn’t a big priority for state legislatures given the other recovery struggles.

New York was one of the locations that, as of July, didn’t extend its alcohol to-go laws before Gov. Andrew Cuomo ended his COVID state of emergency. A bill was introduced during last year’s session to extend the regulation, but was never voted on.

Several restaurant advocates, including the New York City Hospitality Alliance, have called on the state legislature to pass legislation that would make alcohol to-go permanent.

Rich Azzopardi, a spokesman for Cuomo, told ABC News that the governor would like to see the statehouse come up with a solution to alcohol on delivery.

“We know what a lifeline this was to the industry during this pandemic and are more than willing to work with the houses on a legislative solution,” Azzopardi said in a statement.

Lahiri, who has consulted with the state legislature on economic matters, predicted that New York and other states will join the other locations in extending the alcohol delivery laws.

Aside from the pressure applied by restaurants that need that service, Lahiri noted the pandemic has forced elected officials to reconcile that their older rules and regulations may be moot.

For example, canceling classes because of inclement weather was no longer necessary because of the rise in remote learning, Lahiri said. When it comes to restaurants, there are few cons to having them deliver their drink menu items.

“It is a new era and we have now realized the old ways of doing things aren’t the best,” Lahiri said. “I think it will be easy because we’ve lived with this. It’s not uncharted.”