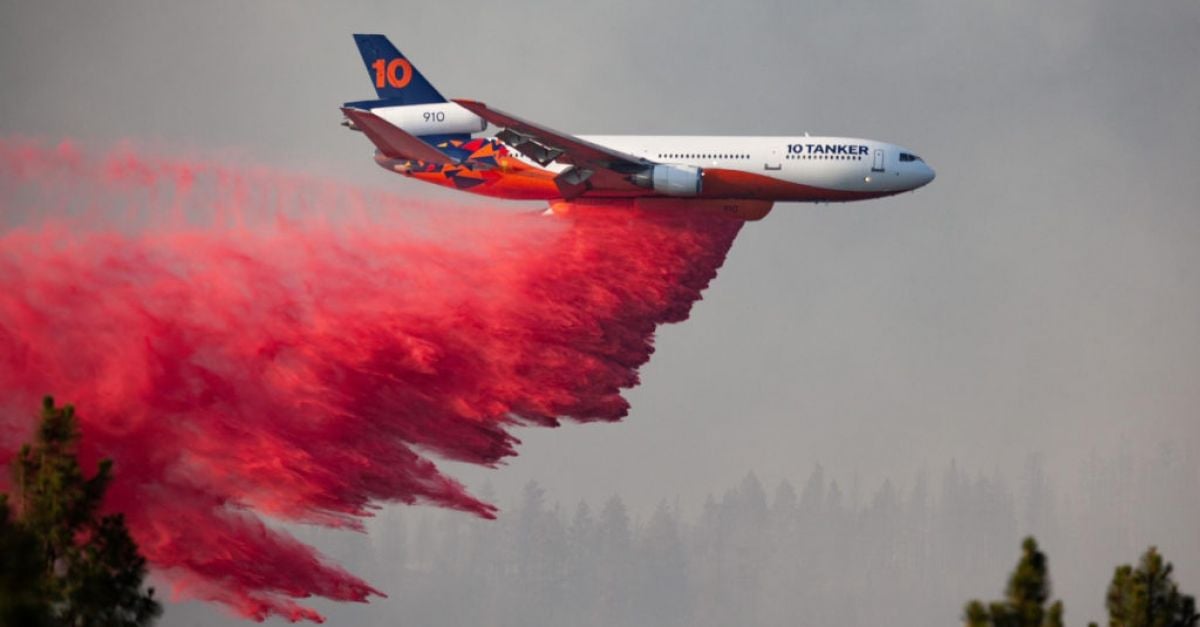 The threat of thunderstorms and lightning has prompted officials in Oregon to ask for help from outside the Pacific Northwest to prepare for additional blazes as a massive fire continues to burn in the state.

The 537-square-mile Bootleg Fire is burning 300 miles south-east of Portland in and around the Fremont-Winema National Forest, a vast expanse of old-growth forest, lakes and wildlife refuges.

Evacuations and property losses have been minimal compared with much smaller blazes in densely populated areas of California.

But eyeing how the Bootleg Fire — fueled by extreme weather — keeps growing by miles each day, officials with the Rogue River-Siskiyou National Forest in south-west Oregon are asking for more outside crews to be ready should there be a surge in fire activity there.

“Although the lightning activity predicted for early this week is expected to occur east of us, we are prepared for the worst, and hoping for the best,” Mike McCann, an assistant fire staff, said in a statement released by the national forest.

Firefighters fear dry conditions, a drought and the recent record-breaking heat wave in the region have created tinderbox conditions, so resources like fire engines are being recruited from places like Arkansas, Nevada and Alaska.

At least 2,000 homes have been evacuated at some point during the fire and another 5,000 threatened, while some 70 homes and more than 100 outbuildings have gone up in flames.

The Rogue River-Siskiyou National Forest is bringing in additional firefighting resources from as far away as Florida and Alaska to prepare for the possibility of lightning and a potential increase in fire starts https://t.co/dyIL3JpVom pic.twitter.com/x9x3zpTJ2e

Thick smoke chokes the area where residents and wildlife alike have already been dealing with months of drought and extreme heat, though no-one has died.

Pushed by strong winds from the southwest, the fire is spreading rapidly to the north and east, advancing toward an area that is increasingly remote.
The Bootleg Fire was one of many fires burning in a dozen states, most of them in the US West. Sixteen large uncontained fires burned in Oregon and Washington state alone on Monday.Extremely dry conditions and heat waves tied to climate change have made wildfires harder to fight. Climate change has made the West much warmer and drier in the past 30 years and will continue to make weather more extreme and wildfires more frequent and destructive.And in Northern California, authorities expanded evacuations on the Tamarack Fire in Alpine County in the Sierra Nevada to include the mountain town of Mesa Vista.

Thunderstorms were expected to roll through on Monday night and could bring winds to fan the flames and lightning that could spark new ones, the National Weather Service said.