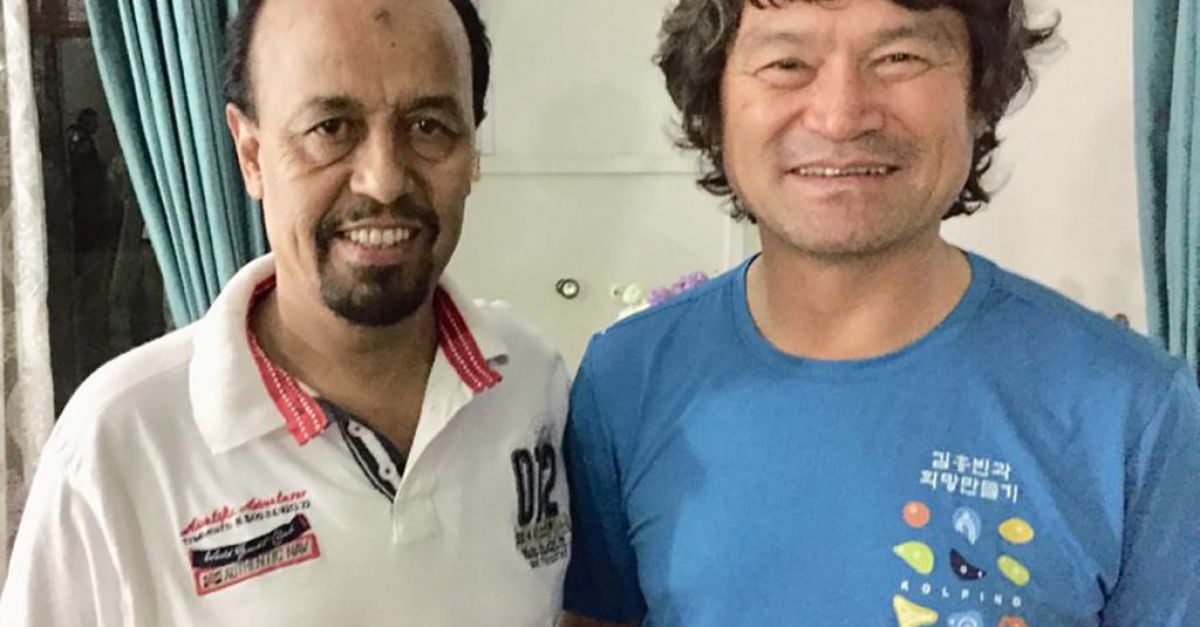 A famous South Korean climber fell into a crevasse and went missing over the weekend in bad weather after scaling another mountain peak in northern Pakistan, a mountaineering official said on Tuesday.

With the summit, the 57-year-old had scaled all of the world’s 14 highest summits, becoming the first person with disability to do so. In 1991, while climbing in Alaska, he suffered severe frostbite and had all his fingers amputated.

While descending from the peak with several other mountaineers on Sunday, Mr Kim slipped and fell down the Chinese side of the mountain, according to Mr Haidri.

“Since then no information is available about him,” the official said, adding that a search mission is being planned.

In Seoul, the Foreign Ministry said Pakistan has promised to send a helicopter to find Kim as soon as weather conditions allow the flight. Spokesman Choi Young-sam said China has also agreed to make efforts to locate the climber.

South Korean president Moon Jae-in — who had earlier issued a message congratulating Kim on scaling of the world’s 14 highest summits — said that he will pray for KMr im’s safe return.

“There are some reports speculating his death, but the information is not clear and I’m not abandoning hopes” that he’s still alive, Mr Moon tweeted. “I’ll earnestly wait for the news of his safe return with my people to the end.”

Mr Kim’s successes include world’s highest, Mount Everest on the China-Nepal border, and Pakistan’s K2, the second-highest, which like Broad Peak is also in the Karakoram Range.

Disability never became a hurdle for Mr Kim, Mr Haidri said, and did not stand in the way of his passion.

The other mountaineers, who had in vain tried to find Mr Kim, were safe and were descending amid bad weather.

The South Korean Embassy in Islamabad was also organising a search mission, he added.

“We do not want to speculate” on Mr Kim’s fate, Mr Haidri told The Associated Press, refusing to comment reports on Twitter that the climber had died.

Ghulam Muhammad, the owner of Blue Sky Expedition tour operating company who arranged the expedition for Kim, also confirmed an “unfortunate incident” when the South Korean was returning to base camp.

The organisers of the expedition were in contact with the family of the missing South Korean and any further information will be shared by his family or by the South Korean officials, he added.

Scores of mountaineers visit Pakistan every year to scale different mountains and peaks, located in the country’s scenic north. But the sport is dangerous, particularly when a sudden change in weather occurs.

Earlier this year, three climbers — Pakistani mountaineer Ali Sadpara, Jon Snorri of Iceland and Juan Pablo Mohr of Chile — died while attempting to summit the 8,611-metrr (28,250ft) high K2. Their bodies could not be traced and retrieved despite several attempts by Pakistani search and rescue team aided by the military.