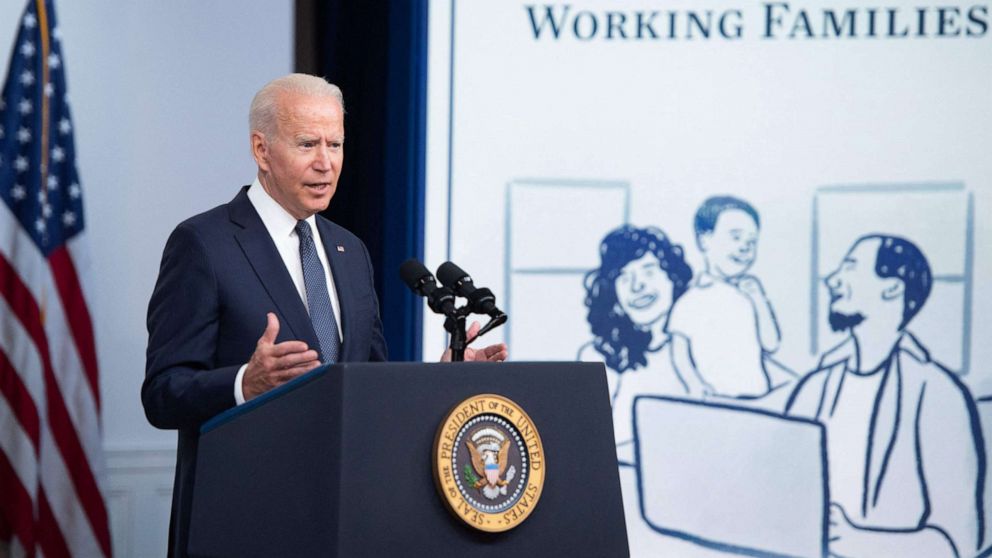 If it’s true that if you break it then you own it, does it necessarily follow that you own what you build?

President Joe Biden has cast his presidency in bold terms — a chance to heal and also build that doesn’t come around every generation.

But a series of dynamics point in the same direction: Biden needs government to work and work well, and needs voters to recognize that it’s happening. He also needs trust — including and especially among those who are least inclined to like him.

That goes for the nation’s backslide in overcoming the pandemic. The system to produce, distribute and publicize COVID-19 vaccines has long been fully operational, but skepticism and outright hostility has stalled rates so much that the surgeon general is warning against what he calls the “urgent threat of health misinformation.”

It also goes for the sweeping domestic agenda now wrapped into the two enormous spending bills that carry them. Both the bipartisan and Democrat-only infrastructure packages face new Wednesday deadlines on Capitol Hill, with Biden’s sway and his potential impact as president on the line.

“I still have confidence we’re going to get what I proposed,” Biden said Thursday.

Nearly six months into his presidency, the Biden era could still break in any number of potential directions. But without people seeing the federal government as a force for good, not many possible outcomes are attractive to his party.

Biden’s policy on Cuba appears to be taking shape in the wake of civil unrest on the island fueled by COVID-19 and food shortages.

As a candidate, he spent much of his time touting his ties to former President Barack Obama. Now on Cuba, Biden is taking a decidedly harder line.

“Cuba is a, unfortunately, a failed state and repressing their citizens,” said Biden Thursday.

During a press conference with German Chancellor Angela Merkel, Biden said he wouldn’t allow remittances to be sent to Cuba for fear the regime would confiscate large portions. He also said he would consider sending COVID-19 vaccines only if an international organization could guarantee those doses would be administered equitably.

These comments come as he faces pressure from both sides of the political spectrum to deal with Cuba. On the left, Black Lives Matter issued a statement demanding he lift the trade embargo. While lawmakers on the right, including Gov. Ron DeSantis, urged Biden to be tough on the Cuban government and implored him to help restore the internet on the island. Biden has seemingly given into that pressure from the right.

“They have cut off access to the internet,” said Biden. “We’re considering whether we have the technological ability to reinstate that access.”

Biden, who lost Florida, isn’t making that choice in a vacuum. His Cuba policy could undoubtedly have an impact on important Florida midterm races in 2022.

As the first week of the Texas Democrats’ quorum break comes to a close, it remains unclear how their stated objective to wait out the special session in Washington is going to play out.

A group of the state legislators met Thursday with Sen. Joe Manchin, who holds the key vote in Congress on voting rights legislation given his refusal to support an exception to the filibuster rule. But that contested stance didn’t even come up — the Texas Democrats said the omission was intentional because “enough people have discussed the filibuster with Joe Manchin.”

Back in Texas, Republicans seized on their colleagues’ absence by framing the move as an abdication of public duty. “A plane will be waiting Saturday in Washington for my colleagues ready to get to work. The State of Texas is waiting,” Texas House Speaker Dade Phelan said in a tweet. Meanwhile, Gov. Greg Abbott told a local CBS station that when the current special session ends, he will “immediately call another,” potentially as soon as Aug. 8.

For their part, the Democrats appear unbothered by the jabs and seem to be attempting to take their political rhetoric beyond the borders of Texas.

“The Speaker should save his money. We won’t be needing a plane anytime soon, as our work to save democracy from the Trump Republicans is just getting started,” their leadership said in a joint statement.

ABC News’ “Start Here” podcast. Friday morning’s episode features ABC News’ Sasha Pezenik, who explains why the Biden administration is declaring an emergency around medical misinformation. ABC News Chief Washington correspondent Jonathan Karl has more on how former President Donald Trump is responding to claims made by the chairman of the Joint Chiefs of Staff, Gen. Mark Milley, who feared a coup attempt near the end of Trump’s term. And ABC News Foreign Correspondent James Longman checks in from Tokyo, where athletes have started arriving for the Summer Olympics. http://apple.co/2HPocUL

FiveThirtyEight’s Politics Podcast. In this installment of the FiveThirtyEight Politics podcast, we assess the state of American democracy with the help of a new survey from Bright Line Watch, a group of political scientists who monitor threats to our democratic systems. Bright Line Watch has surveyed Americans and experts alike on what they think about Republican and Democratic efforts. One of the organization’s co-founders, Dartmouth College professor of government Brendan Nyhan, discusses the results with Galen Druke. https://53eig.ht/3ibW2m5