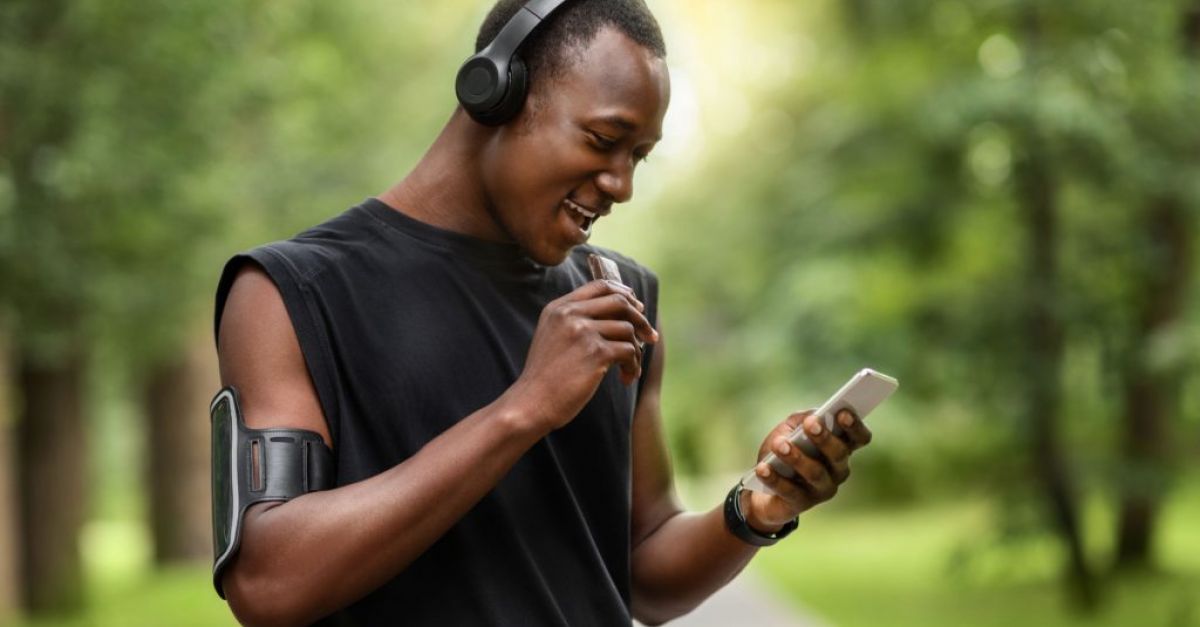 As the Olympics begin, fans may marvel at the skill, training and dedication shown by our athletes to get to the top of their game. But an unseen – yet vital – part of their success is their nutrition.

“For athletes, focusing on optimum nutrition is important for maximising performance, reducing the risk of injury and illness, and ensuring the best recovery after training,” explains Alex White, a nutrition scientist.

And while we’re talking a large volume of food – sometimes up to 7,000 calories a day – that’s not always nearly as much fun as it sounds, says sports nutritionist and dietitian Chris Cashin, a spokesperson for the British Dietetic Association.

“One of the things athletes say to me is, they’re eating so much during the day, sometimes it can become a bit of a chore,” she explains.

While on average, men need about 2,500 calories a day and women about 2,000, Cashin says professional athletes may need 3-5,000. Some consume even more; for example, Tour de France cyclists probably needed 6-7,000 calories a day.

So, what about ‘ordinary’ fitness fans who want to improve? Here, White and Cashin discuss what pro athletes eat, and how it relates to the average exerciser…

Timing is key for the professionals

Pro athletes usually have higher requirements for energy (calories), protein and carbohydrates than the general population, says White, but the specifics will differ depending on their particular sport. A power lifter will probably have different nutritional needs to a long-distance runner, for example.

“At professional level, it’s all about timing, and athletes will often have different food intakes for different days, depending what time they’re training or competing,” Cashin says. “Recovery is a big thing too – if they’re in a sport where they’re going to compete in rounds, they’ve got to make sure they’re fuelling up ready for the next round.

“So, if it’s something like 800m or 1,500m, it’s going to take them a few hours to build their glycogen stores back up, so when they get off the track, they need to be thinking about refuelling straight away.”

What about ‘ordinary’ exercisers?

As for mere mortals? “If you’re becoming more active and want to stay healthy and improve, eating a healthy, varied diet is the basis of improving performance,” states White.

This means, he says, getting your five-a-day of fruit and vegetables, choosing mainly wholegrain carbohydrates like wholegrain bread, whole wheat pasta or brown rice, and eating a variety of different protein sources, including plant-based proteins like beans and lentils, alongside animal proteins like meat, fish and eggs. (Although, plant-based diets are growing in popularity among athletes too.)

“If you’re just going to the gym regularly, make sure you’ve had something to eat a couple of hours before going, and maybe think about eating a banana or some fruit before, and something similar afterwards,” suggests Cashin. “But apart from that, and making sure you drink enough fluid, you don’t really need to eat anything different.”

For the pros, getting enough calories is crucial. “Professional athletes will definitely be having a lot more calories than you or I could eat,” says Cashin. “Sometimes you have to be imaginative and resort to using things you wouldn’t perhaps suggest to the general public, that are very high in quick-release carbs, like sweets or Jaffa Cakes, so they can get some energy on board quickly.”

Getting the protein balance right

White says ordinary exercisers don’t need lots of extra protein if they’re getting more active, but it’s worth thinking about when and what you choose to include. “It may be beneficial to spread protein intake through the day – think about ways you could include lean protein at breakfast, including eggs, beans, yoghurt or fish,” he says.

Also, try varying sources. While animal proteins provide all the amino acids the body needs, it’s also good to include plant proteins as they provide a different range of nutrients, and are high in fibre and low in fat. “We can still get all the amino acids we need, as long as we have a varied diet,” says White.

Cashin says many people are overeating protein. “If you eat a couple of helpings of meat, fish, cheese, egg or a veggie alternative, and you have some milk or a milk alternative, that should be enough,” she stresses. “You also get quite a lot of protein in things like pasta and bread. It’s very unusual to find people who have a low protein intake.”

People doing a lot of strenuous exercise, like weightlifting, may need a bit more, but Cashin says most people need between about 1.2-1.7g of protein per kg of body weight. “Evidence suggests that if you go over 2g of protein per kg, you’re wasting your time, because it doesn’t do anything,” she adds.

White believes that for non-professionals, there’s “no need for supplements or special sports products. We can get all the nutrients and fluid we need from a healthy diet and plenty of water. Save money by bringing healthy snacks and a drink with you when you exercise,” White suggests.

However, Cashin says professional athletes may sometimes need protein supplementation: “You might have to use a protein supplement to get their protein intake in. I was really anti-supplements, but I’ve now realised some athletes can’t do without them. They need a recovery drink that’s got extra protein in, and if they’re not hungry after they’ve competed or trained, a protein shake with some carbohydrate in is quite useful.”

If you like to have snacks before or after a workout, keep these healthy, White advises. He suggests trying unsalted nuts and seeds, fresh fruit, wholegrain crispbreads with nut butter, or vegetable sticks with houmous or cream cheese.

Cashin says long-distance runners might need fuel while they’re running, so might have a carbohydrate drink. “They do get very fed-up with those, so I give them home-made versions they can make themselves. You just dissolve 10 teaspoons of sugar in a bit of warm water, add a pinch of salt and make it up to a litre with cold water, and then add some sugar-free squash,” she says. “Some have other things added, like vitamins, but basically they’re all the same. It’s providing carbohydrate if you’re exercising for longer than an hour, so for a marathon or half-marathon, they can be useful.”

If you are going to try a carb drink, or any food or nutrition product to help fuel you through a big workout or event, it’s important to find out if it agrees with you first. “If you’ve never done it before and you try it during a run, you might  get an upset tummy,” Cashin warns. “Never, ever try something during a race that you’ve never done before.”

Exercising on an empty stomach

Some people thrive on exercising on an empty stomach, says Cashin. “There have been some papers published recently showing some people, particularly women, seem to do better exercising in the morning if they haven’t had anything to eat. What it’s highlighting is that we’re all different. Gone are the days when all dietitians were saying you must have your breakfast.”

She suggests people who exercise in the morning before eating should have a substantial breakfast afterwards, and perhaps a snack before bedtime the night before. “Have something light like a bowl of cereal – it’s not going to sit on your stomach, and you’re fuelled overnight and can catch-up after you’ve exercised.”