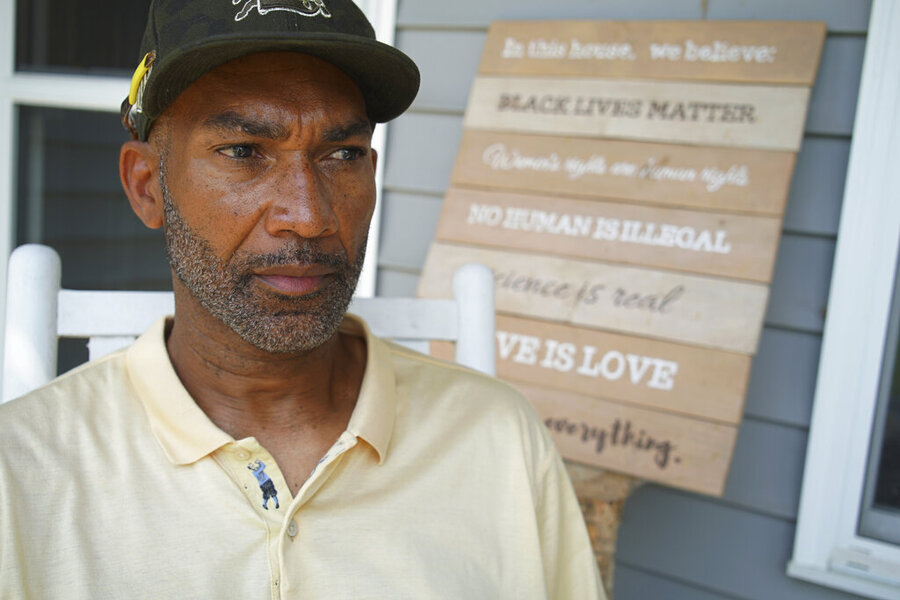 Landscaping was hardly his lifelong dream.

As a teenager, Alton Lucas believed basketball or music would pluck him out of North Carolina and take him around the world. In the late 1980s, he was the right-hand man to his musical best friend, Youtha Anthony Fowler, who many hip hop and R&B heads know as DJ Nabs.

But rather than jet-setting with Mr. Fowler, Mr. Lucas discovered drugs and the drug trade at the height of the so-called war on drugs. It was a time when drug abuse in communities of color was not seen as the public health issue that opioids are today.

Facing decades-long imprisonment, Mr. Lucas received a rare bit of mercy. He got treatment, early release, and what many would consider a fresh start.

Later, Mr. Lucas started a landscaping company, he said, “because nobody would hire me because I have a felony.”

Mr. Lucas was caught up in a system that imposes lifetime limits on most people who have served time for drug crimes, with little thought given to their ability to rehabilitate. In addition to being denied employment, those with criminal records can be limited in their access to business and educational loans, housing, child custody rights, voting rights, and gun rights.

Fifty years ago this summer, President Richard Nixon declared a war on drugs. Today, with the United States mired in a deadly opioid epidemic that did not abate during the coronavirus pandemic’s worst days, it is questionable whether anyone won the war.

Yet the losers are clear: Black and Latino Americans, their families, and their communities. A key weapon was the imposition of mandatory minimums in prison sentencing. Decades later, those harsh federal and state penalties led to an increase in the prison industrial complex that saw millions of people, primarily of color, locked up and shut out of the American dream.

An Associated Press review of federal and state incarceration data shows that, between 1975 and 2019, the U.S. prison population jumped from 240,593 to 1.43 million Americans. Among them, about 1 in 5 people were incarcerated with a drug offense listed as their most serious crime.

Gilberto Gonzalez, a retired special agent for the Drug Enforcement Administration, said he’ll never forget being cheered on by residents in a predominantly Hispanic neighborhood near Los Angeles as he led away drug traffickers in handcuffs.

“We realized then that, along with dismantling [drug trafficking] organizations, there was also a real need to clean up communities, to go to where the crime was and help people that are helpless,” Mr. Gonzalez said.

Still, the law enforcement approach led to many long-lasting consequences for people who have since reformed.

Even with 30 years of sober living, Mr. Lucas cannot pass most criminal background checks. His wife, whom he met two decades ago at a fatherhood counseling conference, said his past had barred him from doing things as innocuous as chaperoning their children on school field trips.

By the time the former president sought reelection amid the anti-Vietnam War and Black power movements, criminalizing heroin was a way to target activists and hippies.

Nixon’s successors, Ronald Reagan, George H.W. Bush, and Bill Clinton, leveraged drug war policies in the following decades to their own political advantage, cementing the drug war’s legacy. The explosion of the U.S. incarceration rate, the expansion of public and private prison systems, and the militarization of local police forces are all outgrowths of the drug war.

But the domestic anti-drug policies were widely accepted, mostly because the use of illicit drugs was accompanied by an alarming spike in homicides and other violent crimes nationwide. There was even support for it in the Black community.

“If you’re a Black leader 30 years ago, you’re grabbing for the first [solution] in front of you,” said Kassandra Frederique, executive director of the Drug Policy Alliance, a New York-based nonprofit organization pushing decriminalization and safe drug use policies.

The heavy hand of law enforcement came without addiction prevention resources, she said.

Use of crack cocaine rose sharply in 1985, and peaked in 1989, before quickly declining in the early 1990s, according to a Harvard study. Between 1984 and 1989, crack cocaine was associated with a doubling of homicides of Black males aged 14 to 17.

At the federal level, the U.S. House of Representatives drafted the Anti-Abuse Act of 1986. The law, passed and signed by Reagan, imposed mandatory federal sentences of 20 years to life in prison for violating drug laws. The law also made possession and sale of crack rocks harsher than that of powder cocaine.

By 1988, Mr. Fowler’s music career had outgrown Durham. Mr. Fowler signed a deal to become the official touring DJ for the hip hop group Kris Kross under famed music producer Jermaine Dupri’s So So Def record label. He and the group opened for pop music icon Michael Jackson on the European leg of the “Dangerous” tour.

Mr. Lucas never joined his best friend on the road. He slipped further into his addiction, until his incarceration, early release, and treatment.

Mr. Fowler paid out of his pocket to have his friend’s fines and fees cleared, which allowed Mr. Lucas to regain his voting rights.

In a separate interview, Mr. Fowler, who is a few years younger than Mr. Lucas, said, “I just wanted my brother on the road with me. To help protect me. To help me be strong. And I had to do it by my damn self. And I didn’t like that. That’s what it was.”

Many progressive-minded advocates say the drug war won’t end until all narcotics are decriminalized or legalized, with science-based regulation. Opponents, though, claim that broad drug legalization would pose major risks.

“I believe there has to be another way, without legalizing drugs, to reform the criminal justice system and get rid of the inequities,” said Becky Vance, CEO of the Texas-based agency Drug Prevention Resources, which has advocated for evidence-based anti-drug and alcohol abuse education for more than 85 years.

As much as the legacy of the war on drugs is a tragedy, it is also a story about the resilience of people disproportionately targeted by drug policies, said Donovan Ramsey, a journalist and author of the forthcoming book, “When Crack Was King.”

“Even with all of that, it’s still important to recognize and to celebrate that we [Black people] survived the crack epidemic and we survived it with very little help from the federal government and local governments,” Mr. Ramsey said.