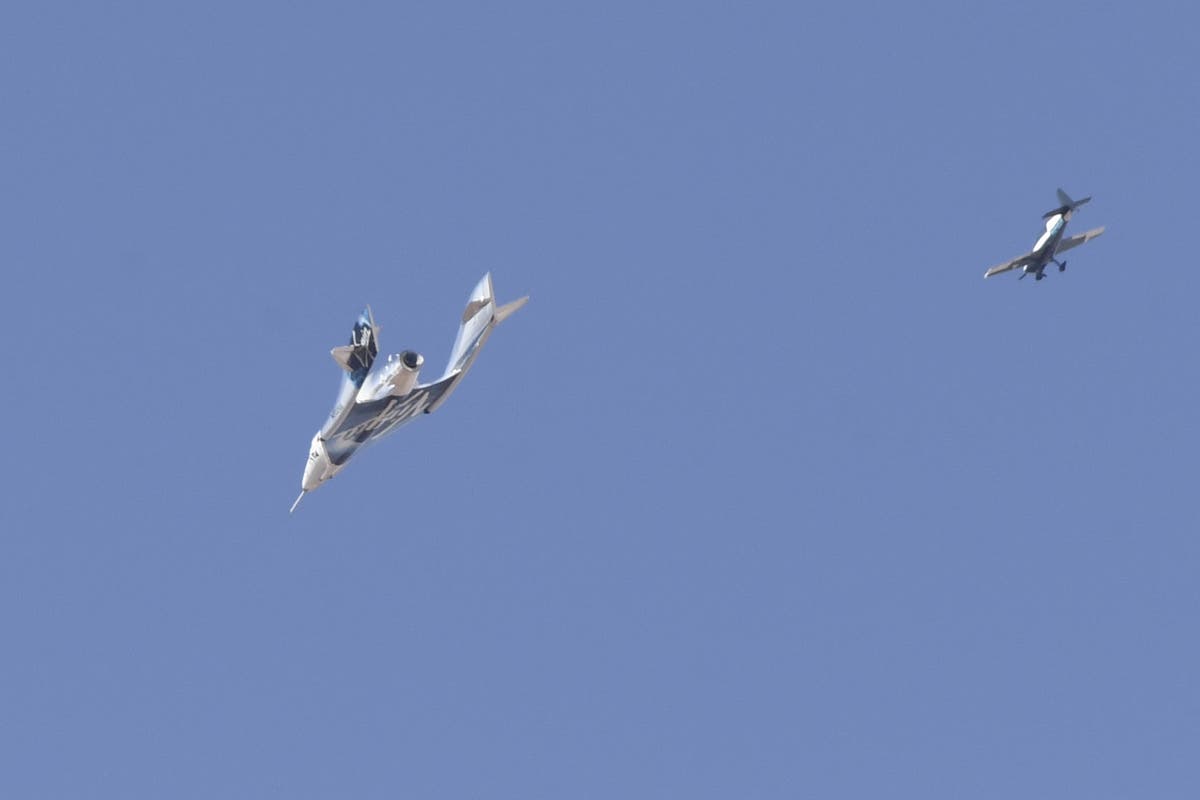 Richard Branson and Virgin Galactic are offering trip to the edge of space to promote their newest venture.

The announcement came just after Mr Branson completed his trip in the VSS Unity spaceplane, which carried him and fellow passengers to the edge of space before gliding back down to Earth.

The company hopes to make that available to the public, with tickets expected to cost $300,000 or more.

Despite the huge price and exclusivity of the journeys, Virgin Galactic has looked to use the mission to suggest that its trips are for “everyone” and represent a major step towards making space travel possible not only for astronauts picked by public bodies but by people who are able to spend money on tickets.

To promote that, Virgin Galactic will offer a sweepstake through which the winner will get an opportunity to fly from its New Mexico spaceport, touching the edge of space and falling back down again.

The prize is actually two tickets on the plane – the winner will get to choose a friend to take along with them. They will also get a special tour from Richard Branson, and be flown to Spaceport America for the trip.

The journey is expected to take place in early 2022, according to Omaze, which is running the sweepstake on behalf of Virgin Galactic. Entries close on 1 September and the winner will be announced around the end of that month.

The sweepstake is also a fundraising drive for “Space For Humanity”, a non-profit organisation that aims to send citizen astronauts up above the Earth. It says it is “building a foundation for an inclusive future in space”.

“By sending citizens to space—as well as hosting conversations, events and launch parties—Space for Humanity will cultivate a global network of transformational leaders better equipped to create a sustainable future for us all,” Omaze says of the fundraising drive.

People are able to donate to take part in the sweepstake, with the higher the donation the more tickets, up to a total of 6,000 entries or $300. People can also take part without a donation, Omaze said.