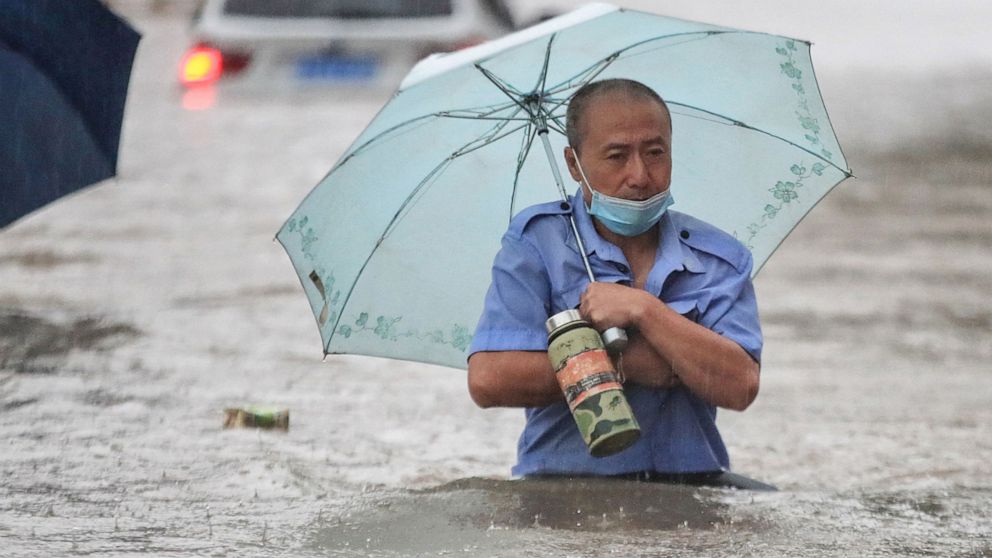 HONG KONG — Rescue efforts are underway as flash floods in China’s central city of Zhengzhou killed at least 25 people and displaced hundreds of thousands of others.

Local forecasters say it is the heaviest downpour they have seen in decades, with nearly a year’s worth of rain coming down in just three days in Zhengzhou, the capital of Henan province, located on the banks of the Yellow River.

The city is home to more than 10 million people and is one of China’s major transportation and logistical hubs, connecting the countryside to the rest of the nation.

The floods are now threatening to disrupt the food security and supply chain in the region, where major roadways have been transformed into riverbanks. Footage from the ground shows cars floating above the muddy floodwater.

Heavy rains overwhelmed some of Zhengzhou’s flood defenses, causing apocalyptic scenes to unfold, including floodwater cascading into subways and a resident being swept away.

More video from the region shows rescue workers at schools, placing kindergarteners in plastic buckets to float them to safety.

Another clip from China’s state television channel shows passengers in a subway car, trapped with water up to their chest. At least a dozen people died in the city’s underground tunnels, with at least seven more still missing. More than 500 people were eventually rescued.

Officials fear the toll from the floods may be much worse than what is known, and they warn that the danger is not over yet as more rainfall is expected over the coming days.

The floods also caused a massive explosion at an aluminium alloy plant in Henan province. No casualties were reported.

Some distressed family members outside of Zhengzhou used social media to try to find their relatives as power lines in the city had gone down.

Officials said the Yihetan Dam in Luoyang, about 90 miles west of Zhengzhou, is in danger of bursting “at any time.” Soldiers have been mobilized to try to prevent the dam from collapsing, blasting part of it to relieve pressure and divert the flooding.

Floods are common during China’s rainy season, but the threat over the years has worsened. Scientists blame the effects of climate change and urbanization.

As recovery efforts continue, Chinese President Xi Jinping said the floods were “extremely severe” and “demanded that authorities at all levels must give top priority to ensuring people’s safety and property,” according to the state-run Xinhua News Agency.