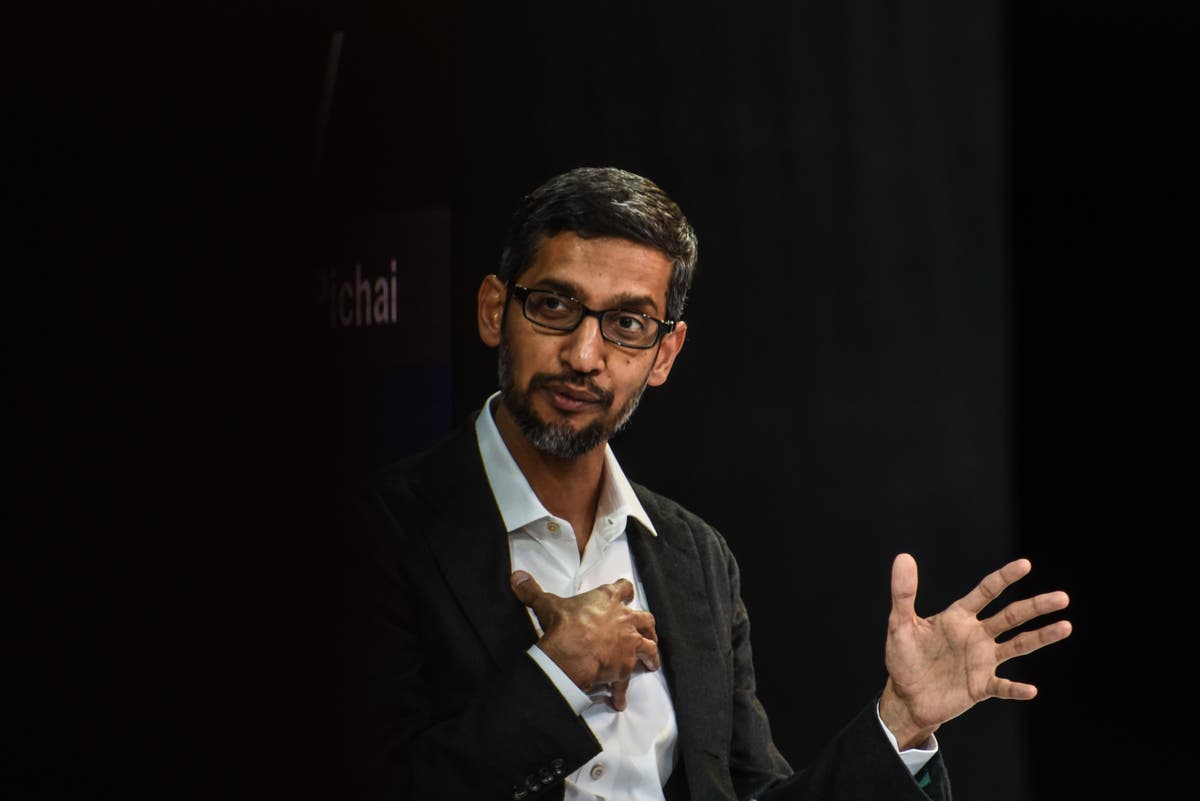 Mr Bezos is set to go to space on 20 July, on board a spacecraft made by his own private space company, Blue Origin.

His journey will come days after Richard Branson’s trip on his Virgin Galactic spaceplane, which carried him up to the edge of space. Mr Branson announced his trip after Mr Bezos’s, but came before the Amazon founder will actually make the journey.

While the two billionaires have been friendly around the race – Mr Bezos congratulated Mr Branson, and the latter has denied that there is any kind of race between the two – their companies have been more forward in promoting the competition between the two.

Asked in an interview with the BBC’s Amol Rajan how he felt about the trip, he said he would have liked to take in the view.

Unlike many other technology companies and their chief executives, Google and Mr Pichai do not have any immediate plans to go to space. Google has focused on the upper atmosphere – its Loon internet project was supposed to float giant balloons in the air, broadcasting internet to the people below, but was abandoned at the start of this year – and has helped with space projects, but is not launching its own rockets.

As such, it stands in contrast with not only Mr Bezos and Mr Branson but also Elon Musk, whose SpaceX is arguably the most successful so far of the private space companies launched by technology bosses and billionaires.

While Mr Musk has suggested that he could one day live on Mars, he has no concrete plans to travel on board one of his own SpaceX flights, even though the company has taken humans further into space and more often than its competitors.

Mr Musk is however one of the many people who has a ticket on board one of Virgin Galactic’s flights, the Wall Street Journal reported over the weekend. It is unclear where in the long queue he is, or when he bought his ticket, which were selling for $250,000 before the company paused sales.

Also in contrast with Mr Bezos, Mr Branson and Mr Musk, Mr Pichai is not the founder of the company he runs and is probably worth less than both of the spacefaring chief executives.