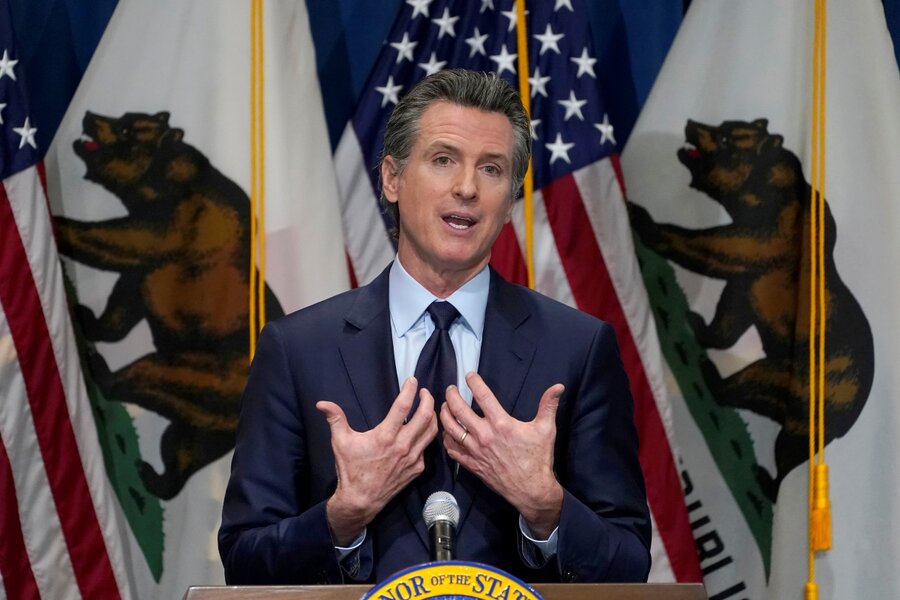 California’s recall ballot is finally set, but the Republican Party still is determining its best strategy for winning the governor’s office in one of the nation’s most Democratic states.

With less than a month until ballots start arriving in voters’ mailboxes for the Sept. 14 election, the GOP has no clear favorite and must decide whether to unite behind one candidate in the bid to replace Democratic Gov. Gavin Newsom.

Mr. Newsom has a giant fundraising edge and Democrats hold a nearly 2-to-1 registration edge over Republicans, who last won statewide office 15 years ago. If a GOP candidate gets the endorsement the party would funnel resources to that campaign. But such a move carries the risk of alienating supporters of the other Republican hopefuls and depressing turnout.

The California Republican Party’s executive committee will decide Saturday whether to move forward with an endorsement process.

The divisive potential of such a move was on display Thursday when Republican candidate John Cox, a businessman who lost to Mr. Newsom in 2018, accused the party of rigging the nomination process in favor of one of his rivals, Kevin Faulconer, the former San Diego mayor. Mr. Faulconer had been seeking the nomination but his campaign now says Mr. Faulconer no longer believes it’s in the party’s interest to back a single candidate.

Party Chair Jessica Millan Patterson has previously said the party should get behind one candidate, but a spokeswoman didn’t comment Thursday on whether that’s still her position. One of her allies, U.S. House Republican Leader Kevin McCarthy, wants the party to unite but is largely staying out of the process, according to an aide who was not authorized to discuss his thinking publicly.

Anne Dunsmore, the campaign manager for the pro-recall group Rescue California, opposes a nomination and believes the best way to win the recall is to allow multiple candidates to motivate different swaths of voters to remove Mr. Newsom. Plus, the party could make the wrong bet.

“If they endorse, then it winds up being somebody who comes in fourth or fifth, it’s not going to help them. It’s going to look dumb,” Ms. Dunsmore said.

The recall is on the ballot because those upset with Mr. Newsom’s handling of the pandemic and other policies collected more than 1.7 million signatures. Voters will have two questions: Should Mr. Newsom be recalled? And who should replace him? If the first question fails to get a majority, the second question is moot.

Among the 46 candidates running, other prominent GOP contenders include nationally syndicated talk radio host Larry Elder, Assemblyman Kevin Kiley, and former Congressman Doug Ose. Former Olympian Caitlyn Jenner has wide name recognition but is currently in Australia shooting a reality show, though she has vowed to spend the last month of the campaign on a bus tour of the state.

No Democrat with any political standing entered the race, giving Mr. Newsom a boost that the only California governor to be recalled didn’t have. Voters in 2003 ousted Democrat Gray Davis, who faced an intraparty challenge from Lt. Gov. Cruz Bustamante.

Mr. Davis was replaced by Republican Arnold Schwarzenegger, whose global celebrity was at its peak. No Republican running this year has close to his name recognition, though Ms. Jenner has said she believes she’s better known than Mr. Newsom.

Stephen Puetz, Mr. Faulconer’s campaign manager, told The Associated Press an endorsement would only divide the party at a critical time. With no other prominent Democrat on the replacement ballot, Republicans have less of a need to unite behind one person, he said. Still, Mr. Faulconer will still seek the party’s support if the executive committee allows a nomination vote at a state convention in August, Mr. Puetz said.

Mr. Cox has planned a news conference Friday outside the state party headquarters in Sacramento, calling the endorsement process rigged in favor of Mr. Faulconer, who is more moderate and seen by some Republicans as more electable in California. The GOP executive committee is considering allowing someone to win a nomination with the support of 50% of delegates rather than the usual 60%.

“Trickery. Political scheme. Moving the goalposts. The insiders at California Republican Party are now no better than the Democrats,” Mr. Cox said in a statement.

With Democrats united, Mr. Newsom maintains a giant fundraising edge. He has collected more than $31 million since March from donors contributing $1,000 or more while the two main pro-recall committees combined for about $5 million since December.

Dave Gilliard, a consultant for Rescue California, acknowledged it’s difficult to attract major donors when the party is on such a long losing streak.

“They feel that it’s a hopeless situation out here, and it’s not a good investment because of that,” Mr. Gilliard said.

National Republicans have largely stayed on the sidelines after the Republican National Committee gave $250,000, mostly to the state party, last winter. A fundraising committee launched in March by the Republican Governors Association and billed as the “primary Republican fundraising and political entity” supporting the recall brought in $66,000 that month and hasn’t recorded any major contributions since.

Joanna Rodriguez, a spokeswoman for the RGA, said the committee is “closely watching what’s happening on the ground as the recall enters a new phase” but didn’t answer questions about whether it still plans to be involved.

U.S. Rep. Darrell Issa, who is one of the richest members of Congress and bankrolled the 2003 recall effort, is the only member of the state’s congressional delegation who has endorsed. He’s supporting Mr. Faulconer. Mr. McCarthy has not publicly directed donor support toward the recall effort.

Attracting national support could be a double-edged sword for California Republicans, who need the money but don’t want to play into Mr. Newsom’s efforts to nationalize the race.

Democrats are focused on making sure their voters are aware of the election and participate. California is mailing every voter a ballot, just as the state did during the 2020 election because of pandemic concerns. Previously, many counties had already moved toward all-mail ballots.

Mr. Newsom has been traveling the state for weeks highlighting new state spending aimed at putting money in peoples’ pockets and otherwise using the power of incumbency to generate attention. But the resurgence of the coronavirus poses a risk. Mr. Newsom’s broad shutdown orders last year fueled the anger that helped put the recall on the ballot.