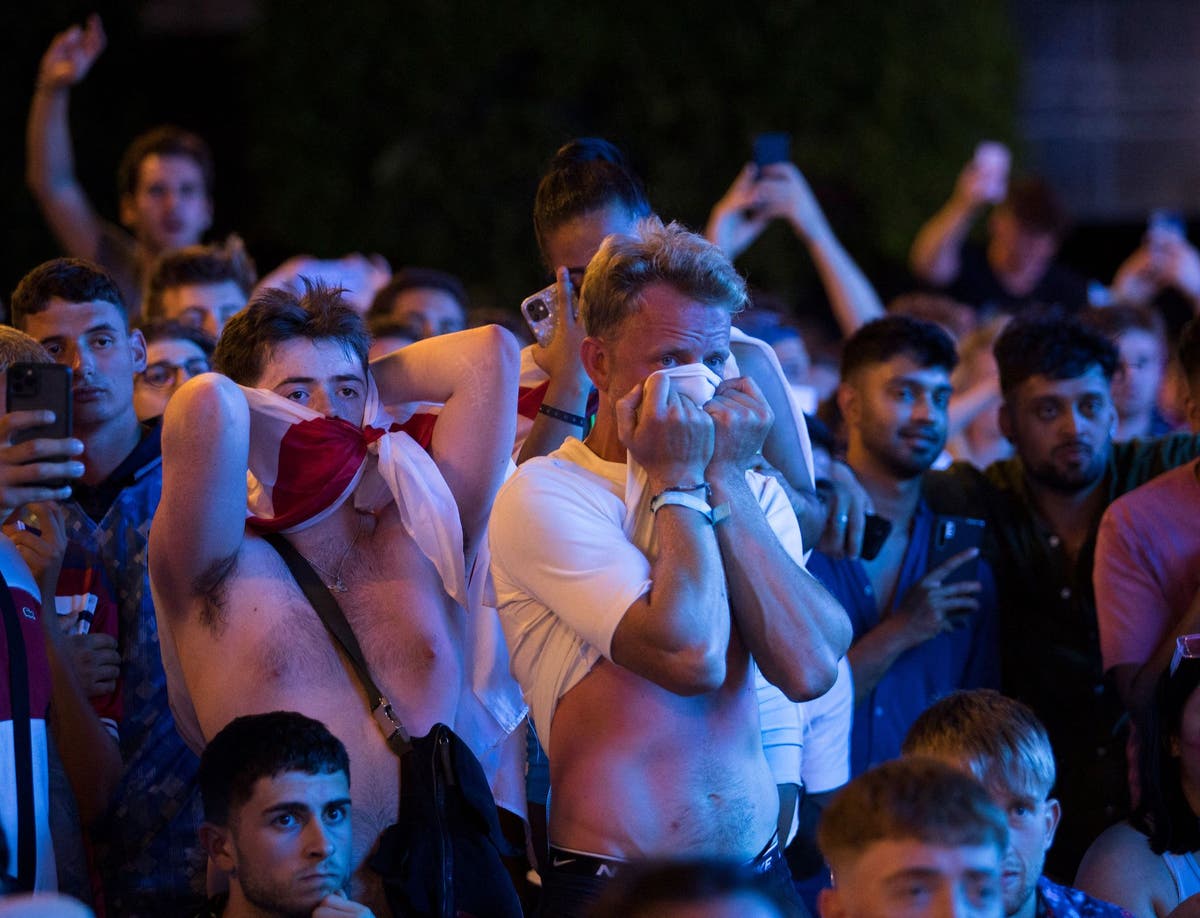 England’s data connections fell silent in the wake of the country’s defeat to Italy in the Euro 2020 final, new data has revealed.

After previous matches, phone networks came alive with significant data spikes as people went online to react to the result, according to data from Virgin MediaO2. The data use peaked with the win over Germany in the round of 16, it said.

But there was no such spike in the wake of Sunday’s game, the company said, seemingly as fans quietly reacted to the defeat at the end of penalties.

Sunday’s final did not surpass previous games, however, with the operator suggesting the data showed no significant rise in usage and that many fans were shocked into silence after the penalty shootout defeat.

Despite huge interest in the tournament, none of the spikes during England matches were able to beat the current record on the O2 network, the company said, which remains the all-English Champions League Final between Manchester City and Chelsea in May.

According to the data, the England-Germany game saw the second biggest data spike and also saw voice calls drop by 30% as fans watched the game and reacted online.

The firm said the biggest drop came during Sunday’s final against Italy, with download traffic dropping 28% during the game, although it did jump 13% again during the half-time interval and during extra-time.

“While we saw a huge surge in O2 mobile usage and England matches were watched by millions on Virgin TV, broadband traffic dipped as fans logged off to focus on the football.

“In one way or another, our products and services have given England fans the connectivity they needed to feel closer to the action.”