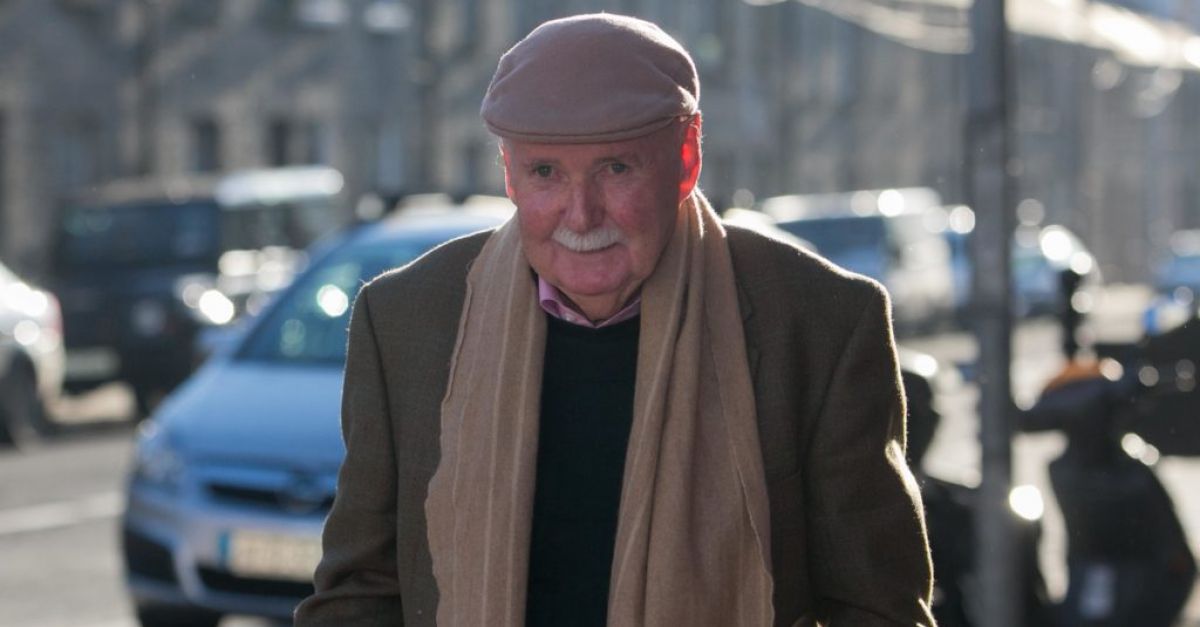 Former INBS chief executive Michael Fingleton is appealing against a High Court refusal to halt a case against him over alleged negligent mismanagement of the Society’s affairs.

Depending on the outcome of the appeal, the case was provisionally listed on Thursday to proceed in October next year. It is expected to run for several months if it proceeds.

Mr Justice Tony Hunt had last May refused Mr Fingleton’s application to have dismissed, or permanently stayed, the action against him by the special liquidators of Irish Bank Resolution Corporation, which took over INBS after it collapsed.

The judge accepted 83-year-old Mr Fingleton’s deteriorating health means he cannot participate meaningfully in the case but concluded, for reasons including the resolution of IBRC’s claims depended substantially on objective evidence, factors and standards, rather than subjective evidence from Mr Fingleton, the balance of justice “lies firmly on the side of permitting the proceedings to continue”.

While there may be rare cases where disability could in itself found a successful application to stay or dismiss, he was “not convinced this is one of those cases”.

In proceedings initiated in 2012, IBRC, among various claims, alleges the Society’s €6 billion losses from 2008-2010 arose from development loans made when Mr Fingleton was CEO, he had excessive control over the society’s business and flouted its lending rules.

Had the true picture of INBS’ affairs been disclosed, IBRC claims Mr Fingleton would have been summarily dismissed for breach of duty by 2007 at the latest and not paid expenses allegedly inappropriately incurred, plus some €1.2m in performance bonuses for 2008 and 2009 when he left.

When the case was mentioned before Mr Justice David Barniville on Thursday, Lyndon MacCann SC, for IBRC, said a notice of appeal against Mr Justice Hunt’s order was filed on July 9th and the Court of Appeal will make directions next week for progressing the appeal.

Despite the appeal, there has been positive engagement with Niall Clerkin, solicitor for Mr Fingleton, about progressing the High Court case, counsel said.

Mr MacCann said he was seeking a provisional hearing date later next year to allow for the appeal to be heard and decided. While it was expected the case might last six months, engagement between the sides about notices to admit facts and other matters could shave perhaps two months off that.

Mr Clerkin said, because of the enormous volume of documents involved, it would take time to deal with notices to admit facts and other matters, but he believed the hearing time could be reduced.

Mr MacCann said his side would be “pragmatic” about deadlines given the amount of documents involved and Mr Clerkin had taken a very reasonable approach.

Mr Justice Barniville said he would fix a provisional hearing date from October 4th, 2022 for 16 weeks but would list the case for further mention in November 2021.

This was because he wanted clarity whether the case would proceed in October, given the burden such a long hearing would mean for Commercial Court listings.

The appeal is the backdrop concerning any directions to progress the High Court hearing but, by November, there would be further clarity concerning the appeal hearing, he added.