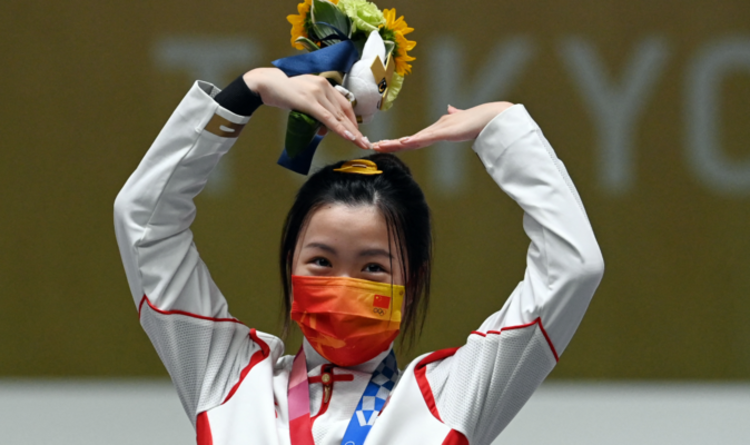 TOKYOWatch the Olympics in style

View Deal Brought to you by

Ms Galashina was in the lead for the gold in the final.

Switzerland’s shooter obtained bronze with a score of 230.6. 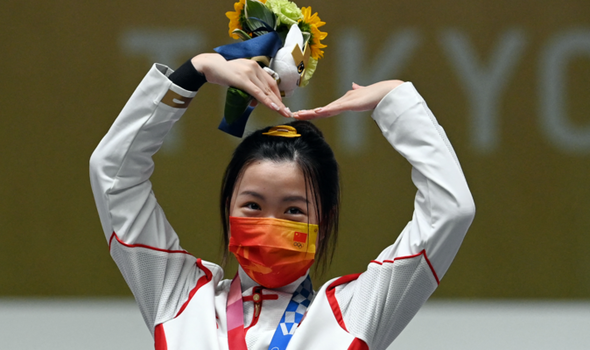 The decision to postpone the 2020 event has made the it the most costly games in modern memory.

Eleven gold medals are up for grabs on Day One and a star-studded cast of British hopefuls are taking part in preliminary rounds. 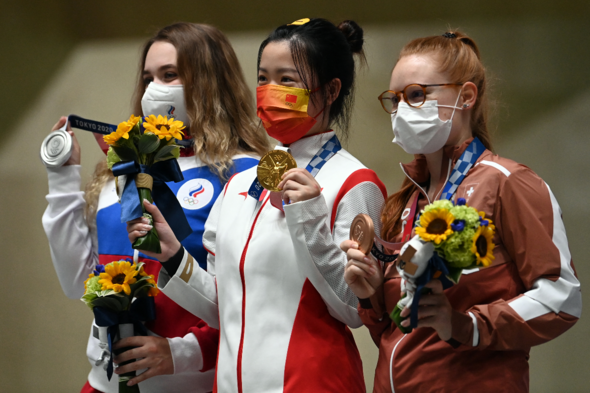 This includes Andy Murray who alongside doubles partner Joe Salisbury is one set up in his first-round match against Frenchman Nicolas Mahut and Pierre Hugues-Herbert.

Max Whitlock leads GB’s artistic gymnastics qualification, while Helen Glover and Polly Swann have qualified for the semi-final in the rowing women’s pairs.

Medals in archery, fencing, judo, shooting, taekwondo and weightlifting will be awarded.