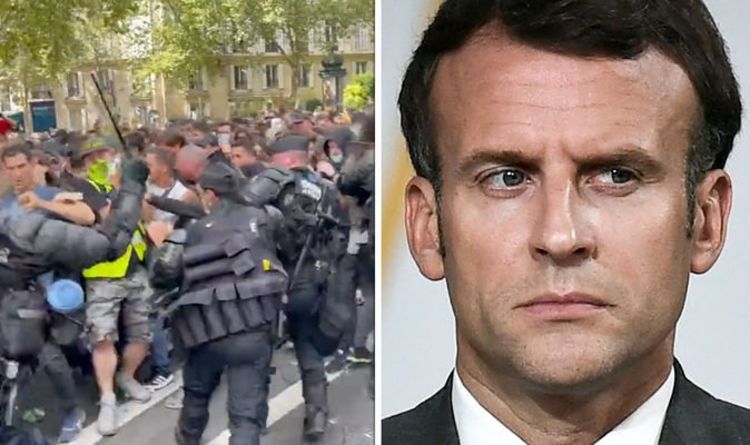 French President is under mounting pressure amid an outburst of anger against his policies erupting on the streets of . Tens of thousands of people demonstrated across the country this afternoon against Mr Macron’s anti-Covid policies. Protesters clashed with police officers as violent scenes flared up in the capital city of Paris.

Rallies were also held in dozens of cities and towns across France.

In Marseilles, thousands of people chanted cries of “Freedom, Freedom” or “Macron, your pass, we don’t want it”.

Anger was largely directed at the extension of the so-called health pass, as well as compulsory vaccination for certain professions. 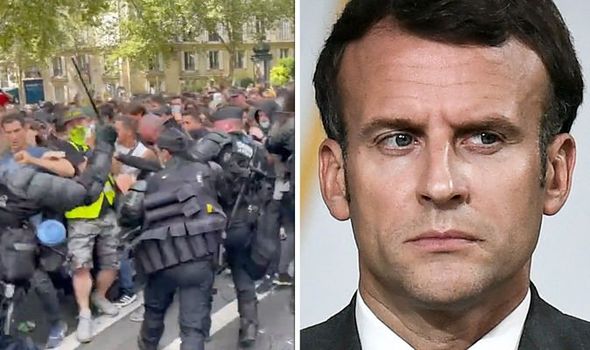 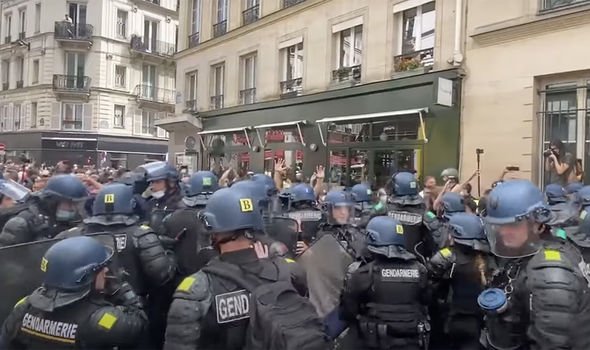 Former MEP and current leader of The Patriots political party Florian Philippot, who spoke to the protesters at the rally, later tweeted: “100,000 people shouted ‘Macron resign’!

“We must say no to Macron.”

The new government measures include making it compulsory to have a ‘health pass’ in order to access restaurants, bars and other cultural establishments.

The passes reveal information such as vaccination status or whether the holder has tested negative over the previous 24 hours. 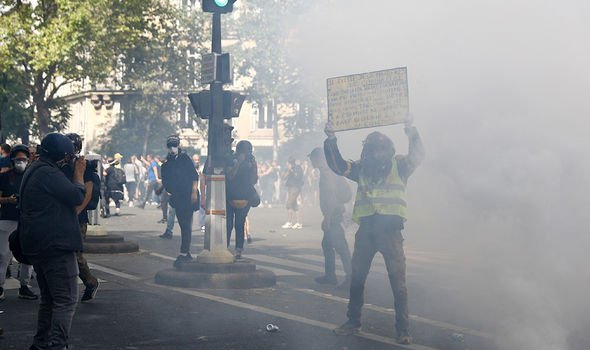 Originally applied just to cultural and leisure venues, the new measures extend the pass’ use to cafés, restaurants and trains from the beginning of August.

The protests mark the second consecutive weekend to see thousands of protesters pour onto the streets to voice anger at the government’s policies.

Last Saturday, more than 110,000 people demonstrated throughout France against the anti-coronavirus measures. 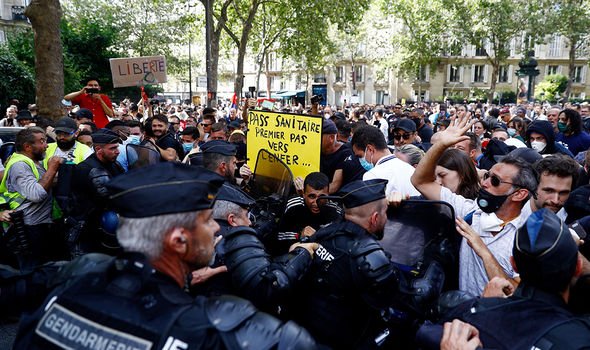 Despite the public outcry on the streets, a substantial majority of French people (76 percent) approve of President Macron’s decision to make vaccination compulsory for health care workers and other professions.

A recent Elabe poll for BFMTV on 13 July also found a majority back the extension of the health pass.

However, there are signs that officials inside Mr Macron’s government are feeling the pressure.

Health Minister Olivier Véran said the government will “end the health pass the minute we can”.