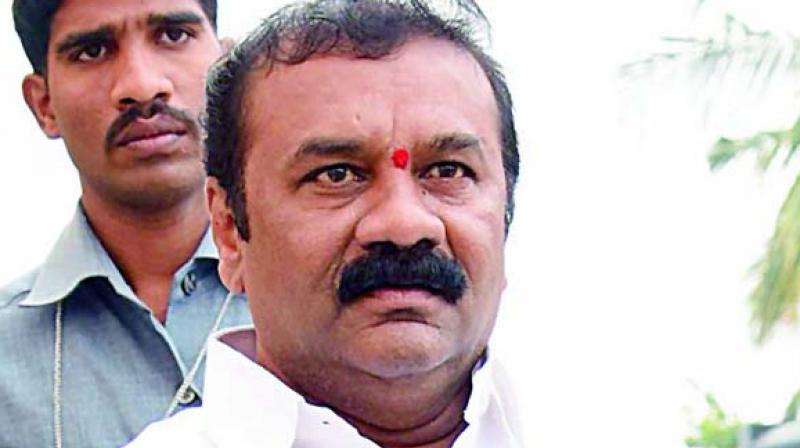 Karimnagar: The Telangana government has constructed community halls and buildings for several BC communities in all regions of the state, said the minister for animal husbandry and fisheries department, Talasani Srinivas Yadav on Thursday.

At an event he attended along with backward class welfare minister Gangula Kamalakar in Huzurabad, Talasani handed over the papers for construction of a community building at a cost of Rs50 lakh to representatives of the Munnuru Kapu and Rajaka Sanghams. The building will come up on an acre of land.

Talasani said that right from the time India got Independence, no one gave funds for construction of community buildings for the BCs. The TRS government under the leadership of chief minister Chandrashekar Rao took such an initiative for the first time, he claimed.

Minister Gangula Kamalakar came down heavily on former minister Etela Rajendar. He alleged that Rajendar never helped the BC communities and never asked KCR to do anything for the BCs.

“With no money in hand to conduct meetings in private halls, BC community leaders brought the issue to the notice of the CM and he immediately sanctioned two community buildings for the Munnurukapu and Rajaka Sanghams,” Kamalakar said.

He added: “Because of Rajendar’s negligence, Huzurabad is lagging behind in terms of development. From now on, I will take the responsibility of all-round development of Huzurabad. Each and every pending work will be completed soon.”

He appealed to the people to support KCR and ensure that the TRS party candidate won the by-election in Huzurabad, which would be regarded as the “people’s gift to the CM.”

Later, Talasani and Kamalakar accompanied by welfare minister Koppula Eshwar participated in a meeting in Jammikunta with members of Kolla and Kuruma communities, for distribution of sheep in the second phase of the welfare scheme. This phase would start from July 28 from Jammikunta.