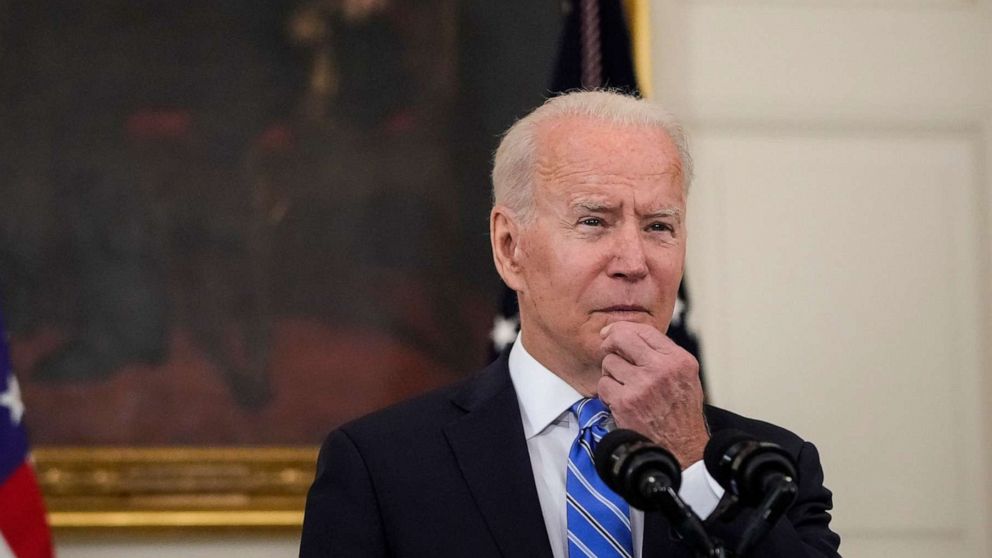 Six months ago exactly, President Joe Biden used a portion of his inaugural address to plead with his fellow Americans: “We must set aside the politics and finally face this pandemic as one nation.”

That feels like a long time ago. And the “day of special celebration” Biden marked on the Fourth of July was barely two weeks ago yet could hardly feel more distant.

The Biden White House now faces what could prove a more problematic stretch ahead than even the early days of the vaccine rollout and the deadly weeks of the winter of COVID-19.

The delta variant is spreading. Vaccine pushes are stalling. Wall Street is selling. Schools and businesses are planning — and scrapping those plans amid fears of new lockdowns and uncertain guidance.

It leaves the president and other national political leaders standing at the intersection of awkward dynamics, with no clear playbook beyond messaging that gets repetitive.

Vaccination pushes have gotten swept into broader culture-war debates, adding to the very partisanship Biden hoped to avoid. Few if any Republicans are in a position to tame those forces; more than a few — including those raising money off of anti-mask or even anti-Anthony Fauci messaging — are fueling them.

Meanwhile, bigger and bipartisan concerns over the ability of big tech to rein in damaging messaging leave the White House and leaders on Capitol Hill frustrated but ultimately powerless for the time being.

Implicit and sometimes explicit in Biden’s COVID messaging has been the importance of trust. Follow the rules and make the appropriate sacrifices, he has said, and the country can get back to a sense of normalcy.

But the people Biden needs listening to him the most are perhaps the least inclined to want to hear what he’s saying. It sets up a weary stretch for lawmakers who had hoped to focus on something else by now.

A flood of COVID-19 cases among Texas Democrats in the nation’s capital and a breakthrough case of the coronavirus in a House member mirror escalating concerns throughout rest of the country about the spread of COVID variants.

The White House confirmed that Vice President Kamala Harris tested negative for COVID-19 following a meeting with Texas Democrats, five of whom have now tested positive for COVID-19.

“This should serve as a reminder that although the vaccines provide a very high degree of protection, we must remain vigilant in the fight against COVID-19,” wrote Buchanan in a statement.

Nearly every state in the country is reporting an uptick in cases. Los Angeles officials have reinstated a mask mandate amid an influx of COVID-19 cases and the highly transmissible delta variant. Officials in New York City called for the indoor mask mandate to be put back in place there, though Mayor Bill de Blasio refused the push.

If the trend continues and cases continue to surge, it could threaten the return to normalcy all over the country. Though it appears, at least for now, that lawmakers in the hardest-hit areas aren’t willing to take drastic measures to contain the spread.

After much speculation, Tuesday could mark the day of another high-profile lieutenant governor’s 2022 Senate announcement in a highly competitive 2020 battleground state.

According to Wisconsin Lt. Gov. Mandela Barnes’ campaign website, the lieutenant governor will make “a big announcement in Milwaukee” Tuesday morning and is urging supporters to attend the event. On Twitter, Barnes cryptically acknowledged the event with a celebratory gif of Giannis Antetokounmpo – whose Milwaukee Bucks are hoping to lock down the NBA championship Tuesday night.

As reported by the Milwaukee Journal Sentinel, Barnes began fundraising for the likely Senate run this month. He was reportedly launching those efforts within the boundaries of a 15-day period during which potential candidates are permitted to test their fundraising capabilities before having to officially file paperwork to enter a race.

Barnes would be the eighth Democrat to join the field of contenders hoping to unseat incumbent Republican Sen. Ron Johnson next year. For his part, Johnson has not yet formally announced if he plans to run for a third term.

FiveThirtyEight’s Politics Podcast. Americans’ political views often don’t align neatly with a single party but instead draw on both conservative and liberal positions. In this installment of the FiveThirtyEight Politics podcast, pollster Kristen Soltis Anderson joins to discuss a new survey that categorizes voters into at least four ideological quadrants and tries to imagine how they would align if the U.S. were a multi-party democracy. The crew also discusses shifting American views on foreign policy and the status of the infrastructure and budget bills currently being considered in the Senate. https://53eig.ht/3kA9Mty