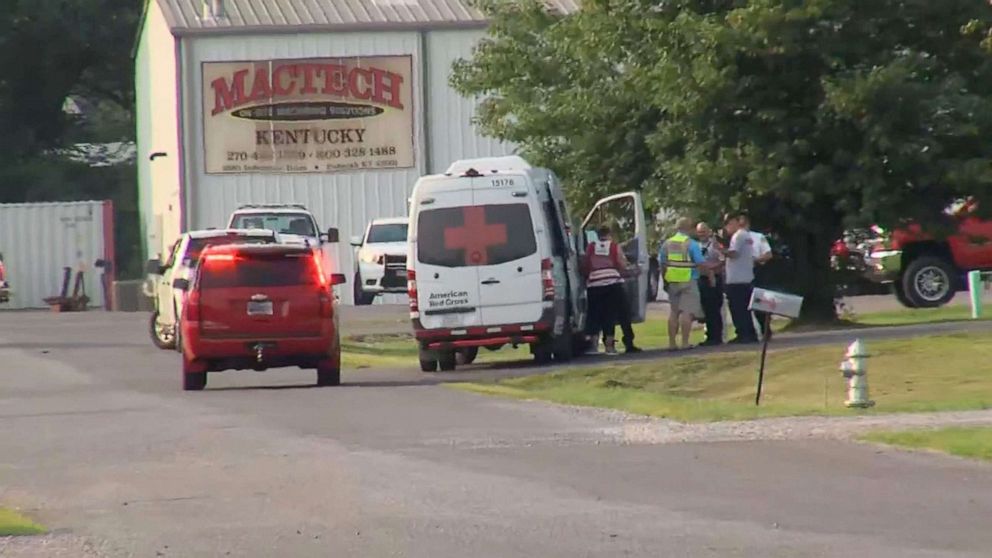 Ten people have been injured in an explosion at a Kentucky Dippin’ Dots factory.

The explosion took place Wednesday at a Dippin’ Dots-owned facility on Industrial Drive in Paducah. The site is not where the ice cream is made, but where ingredients for a third-party company are produced, officials said.

The 10 injured people were taken to two local hospitals, Newberry said. There were 11 people in the building at the time of the blast.

Dippin’ Dots CEO Scott Fischer said Thursday afternoon that nine of the 10 had been released from the hospital.

Dippin’ Dots, which is headquartered in Paducah, told ABC News: “This is a terrible accident … At this moment, our focus is on the well-being of our fellow employees who were injured.”

The company said they’re working with authorities for a complete investigation into the incident.

Fischer released a statement to ABC News on Wednesday, saying, “My heart is with our employees, especially those injured in this afternoon’s terrible incident. I care deeply for our employees — they are family to me. Please join me in praying for our employees.”