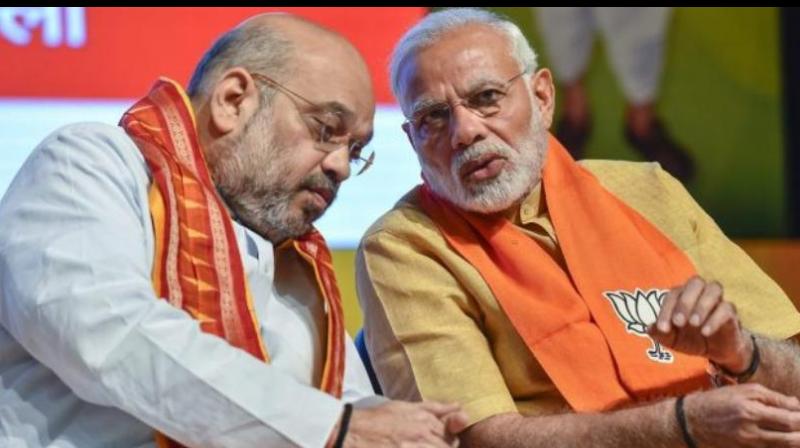 New Delhi: In a clear indication that the much-awaited reshuffle of Prime Minister Narendra Modi’s Cabinet will take place soon, senior Cabinet minister and Leader of the House in the Rajya Sabha Thawarchand Gehlot was named as the governor of Karnataka by President Ram Nath Kovind on Tuesday. Mr Kovind approved the appointment of eight governors, also including Mr Gehlot, as well as former Union minister Bandaru Dattatreya and Rajendra Vishwanath Arlekar.

Speculation is rife that the much anticipated rejig of the Union council of ministers, which will be first in NDA 2.0, will take place either on Wednesday or Thursday, and it will also have “new and young faces” and more representation of the BJP’s alliance partners. Now RPI’s Ramdas Athawale is the only non-BJP leader in the NDA government. The rejig will also be done keeping mind the coming Assembly polls, mainly Uttar Pradesh, the 2024 Lok Sabha elections and the representation of OBCs, dalits and tribals and also the representation of regions. More women ministers could also be inducted in Team Modi.

Some ministers, sources said, could be sent back to the BJP organisation. A senior Cabinet minister, who is now recuperating, could also be asked to “take a complete rest” and another representative of his state, where elections are due early next year, could be accommodated in the team. At least 10 ministers are now holding more than one portfolio.

Some of the prospective new members of Team Modi, including former Congress leader Jyotiraditya Scindia, former Assam CM Sarbananda Sonowal and Maharashtra heavyweight Narayan Rane have reached New Delhi amid speculation that they were told to reach the national capital. JD(U) leader R.C.P. Singh and LJP’s Pashupati Kumar Paras arrived in New Delhi from Bihar. It is also expected that the representation of BJP MPs from West Bengal and the Northeast may go up.

The rejig, it is learnt, will be done keeping in mind the coming Assembly polls, most importantly Uttar Pradesh, where the BJP also has to placate its allies, including Apna Dal(S) and Nishad Party. Another key ally from Bihar, the Janata Dal (United), sources said, is adamant on more than two posts, while Tamil Nadu ally AIADMK could also find a place in Team Modi.

For the LJP, which has split vertically, it will be seen whether or not late party leader Ram Vilas Paswan’s brother Pashupati Kumar Paras, whose faction has been given approval in Parliament, will be accommodated or not. The late leader’s son, Chirag Paswan, has been vehemently opposing any such move.

Earlier on Tuesday, the President appointed Mr Gehlot as governor of Karnataka while Mr Dattatreya was shifted from Himachal Pradesh to be made governor of Haryana.