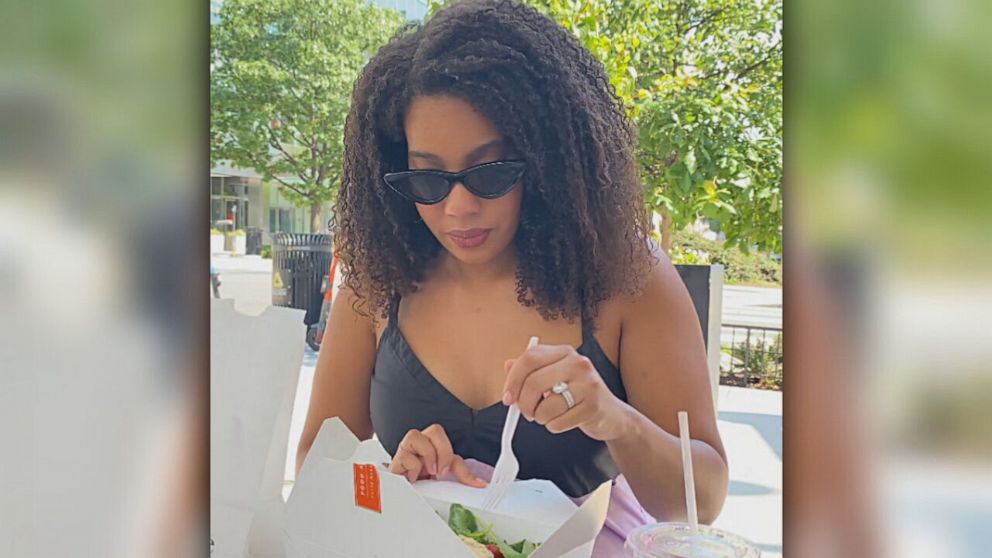 They’re young, successful and making good money. Some call them HENRYs, short for “high earners, not rich yet.”

Although some people might believe HENRYs are living the American dream, experts say that their six-figure salary might not go so far when factoring in student debt, rent and personal spending.

In interviews with ABC News, some HENRYs said that while they aren’t at that point yet, they can understand why many others feel that way.

Ben Gaut, 33, works as a technology consultant in Atlanta. He said that being in the group of so-called HENRYs was a “position [he] always wanted to be in.” However, he says the “not rich yet” part was not something he expected would be delayed.

For Gaut, a big part of that delay is due to his six-figure student loan debt.

“I don’t want to make any sort of mistake,” he said. “But there’s still work to be done to get to those goals that I had built up in my mind of what would happen at that point.”

In New York City, 30-year-old Turner Cowles has a similar story. He works as an investor educator and makes more than $105,000 a year, but student loan debt eats up so much of his income that at times he says he feels like he’s paying a second rent.

“If this is how I’m feeling now… oh my God, what is somebody who makes the poverty line feeling?” Cowles said. “What is somebody who’s making 30, 40 [or] 50 grand a year and also living in Brooklyn — how do they feel?”

The average student loan debt in the U.S. is nearly $40,000 per person, according to EducationData.org.

Priya Malani is the founder of Stash Wealth, a financial planning firm that works exclusively with HENRYs. She says they typically have double that amount in student loan debt.

“The average HENRY comes to us with around $80,000 in student debt,” she said. “They’ve accumulated additional degrees, they’ve been in school longer and so they have greater debt.”

Courtnie Nichols, 34, doesn’t have high student loan debt, but even with the $300,000 combined salary she and her husband make annually in Virginia, they feel like they must be careful with their money.

“I own my own business. My husband has a high net worth on his own with his job. So when you look at all the tangibles on paper, it’s like, ‘Oh, they’ve got a lot of money,’” she said. “But, for instance, six years ago, we were hit with a tax bill of almost $10,000. … We had an emergency fund. But now it’s like our whole emergency fund is gone, wiped out with one tax bill. So now we’re starting over. It’s like, as soon as … you take a few steps forward, you take a few steps back.”

The HENRYs who shared their stories with ABC News said they weren’t looking for sympathy and recognize they’re better off when compared to so many struggling Americans. But many said they feel like the benchmark for upward mobility has changed.

“The funny thing is I’m spending more on rent than I would on a mortgage. Because my debt to income ratio is based on my student loan debt, so I’m kind of in this catch-twenty-two of spending more money for a wonderful place to live, but I’m not building any equity, so I’m in this kind of position that seems.. difficult it’s difficult to to kind of come to terms with.”

The Consumer Price Index, which measures what consumers pay for everyday goods and services and is often looked at as an inflation barometer, jumped 5% over the last 12 months — the largest increase since August 2008.

Another factor is sky-high living costs. The median price for a home in the U.S. has spiked 23.4% in just one year, and it’s particularly high in cities where many HENRYs live, according to the National Association of Realtors.

There’s also a desire among high-earners to enjoy some luxuries alongside their hard work, even though not all spending comes from a desire to keep up with others’ success. There are some social elements, like “FOMO,” or “fear of missing out,” culture.

“At 30-something, you would think that in our peer group we are the top of the totem pole. But that is not the case in our circle of friends,” Nichols said. “But we will be like, ‘We have a healthy income, we’re building, but we’re not quite there.’”

A phenomenon known as “lifestyle creep” happens when people’s lifestyles change as their income increases, and certain luxuries someone used to enjoy turn into their perceived necessities.

“The truth of the matter is that even when you do cut back, there’s still this level of almost anxiety,” Cowles said.

Malani said that young people may see friends buying homes or upgrading their cars, for example, but don’t realize that they may be dealing with credit card debt.

“So you just think, ‘Wow, if they can do it, I should be able to do it, too,’ and it becomes this cycle that’s very, very difficult to break,” Malani said.

Jennifer Castillo is a 34-year-old lawyer and blogger from Washington, D.C. She calls herself a HENRY, bringing in about $130,000 a year. She said she hasn’t yet felt squeezed financially and that she is looking to redefine some of the more negative connotations associated with HENRYs.

“I’m so happy to sort of embrace the HENRY title because it speaks to the potential to your own particular financial goals, what you want your wealth building legacy to be,” she said.

Although her online persona shows her living the high life, she said there’s a story behind every post. For example, she pointed to a Gucci belt, saying she’d planned to buy it for two years.

“When you look at my Instagram or you look at my blog, it may appear that I sort of subscribe to this ‘buy it, I’ll do it all,’ lifestyle,” Castillo said. “But it really is a highlight reel. … Nothing that I buy is on a whim. I’m always, like, planning for my purchases. I always save up for them.”

For Castillo, the upcoming birth of her first child is her financial priority, she says.

“I think the biggest shift in my budget is going to be I’ll [have] a lot less money to my fun account,” she said. “I’ve been looking at costs and daycare is expensive, nannies are expensive. Like, every child care option that I have — I work full time — is expensive. So … that’s where the sacrifice is going to lie.”

“I know every month how much I can spend on my credit card. Like to the exact penny, I know how much wiggle room we have,” she said.

No matter how they got there, the HENRYs who shared their stories believe that financial freedom is within their reach.

“My favorite part of the acronym is the ‘not rich yet’ part,” Castillo said, “because it speaks to the future potential of someone that’s a high earner.”